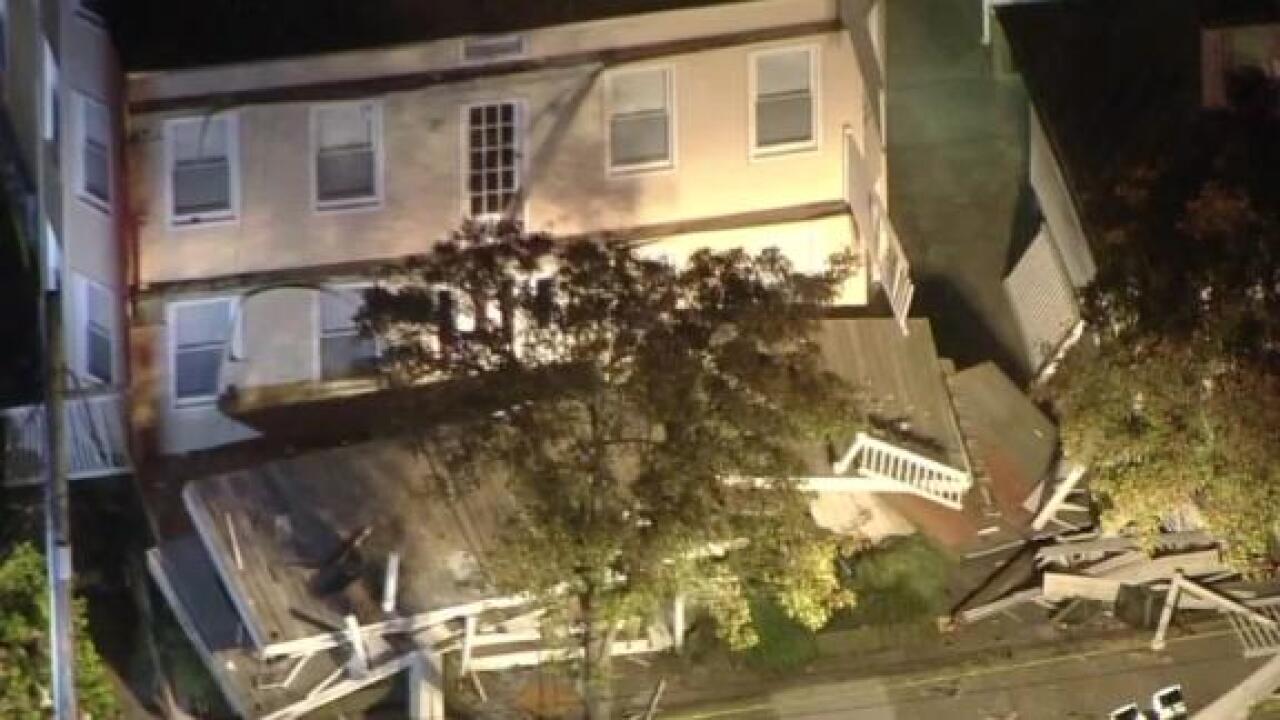 WILDWOOD, N.J. — At least 22 people were injured Saturday evening after a multilevel deck collapsed at a home in Wildwood, New Jersey, according to representatives for area hospitals.

The deck collapsed at a three-story home on East Baker Avenue. Video from CNN affiliate WPVI showed the deck on the ground in front of a home not far from the ocean.

At Cape Regional, 19 of the injured were treated and released by 11:30 p.m. Saturday, Staeger told CNN on Sunday. The remaining two patients were transferred to trauma centers. The discharged patients included three children, Staeger said.

Wildwood is a city of about 5,000 people on the South Jersey coast. It is the site of the yearly convention of the New Jersey State Firemen’s Association. The convention started on Saturday, according to the association’s website.

The Sussex County Fire Chiefs Association posted on Facebook that between six and eight members from Branchville and their family members were on the second-floor deck when the top deck collapsed. They were treated for injuries, none of which were life-threatening, the post said.

The association updated its post to say that all but one person from Sussex County was released from the hospital Saturday evening.