Woman fights to keep emotional support monkeys: ‘I have PTSD’ 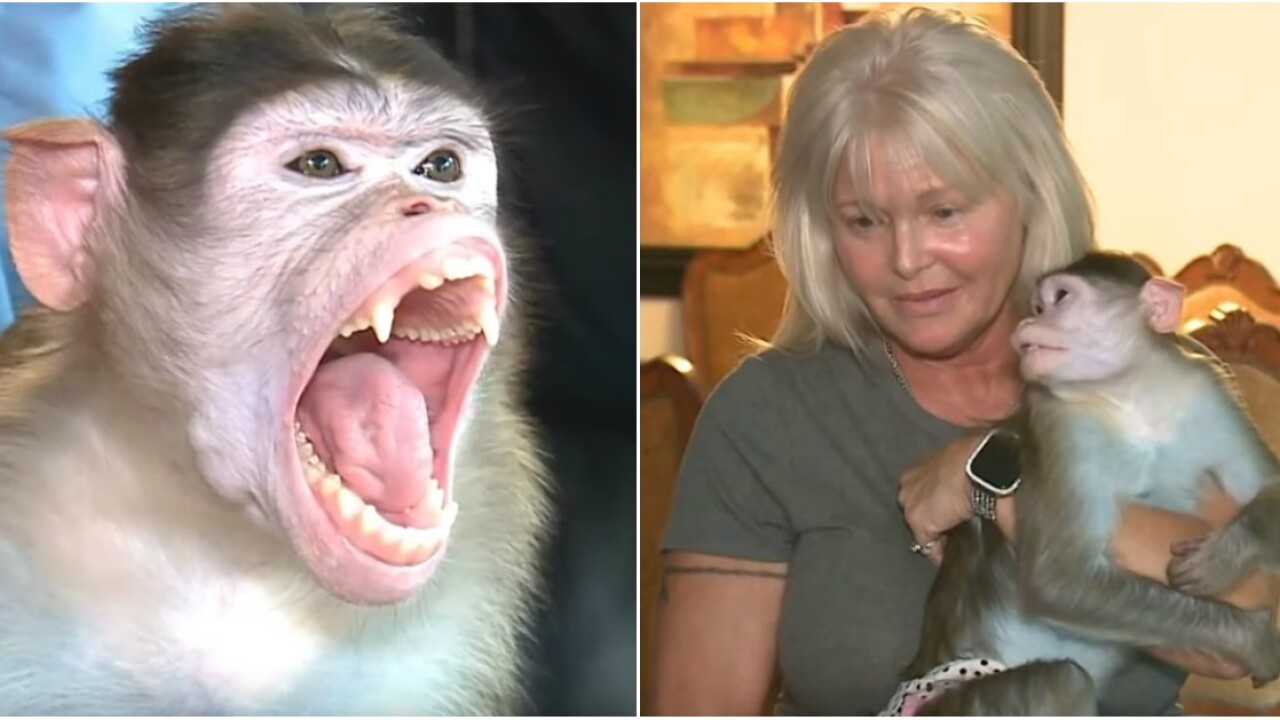 CREVE COEUR, Mo. — A woman in Creve Coeur is fighting back against her neighbors to keep the three monkeys who live with her. She says they serve as emotional support, but neighbors are worried for their safety, KMOV reported.

Texanne McBride-Teahan has trained and lived with monkeys for 20 years. She tells News 4 it wasn’t until about a month after she moved to her current home in Creve Coeur that a neighbor spotted one of the monkeys outside, worried about it attacking, and called the city.

“It’s a wild animal. They belong in zoos, you know, or in their natural habitat,” said Jim Hentschell, who lives next door. “Everything I hear about emotional support animals, they only speak about cats and dogs.”

According to the City of Creve Coeur, a monkey is considered an “inherently dangerous animal” along with alligators, lions and pythons. Those animals are not allowed to stay in residential areas, so the city cited McBride-Teahan.

McBride-Teahan is scheduled to appear in court in November.