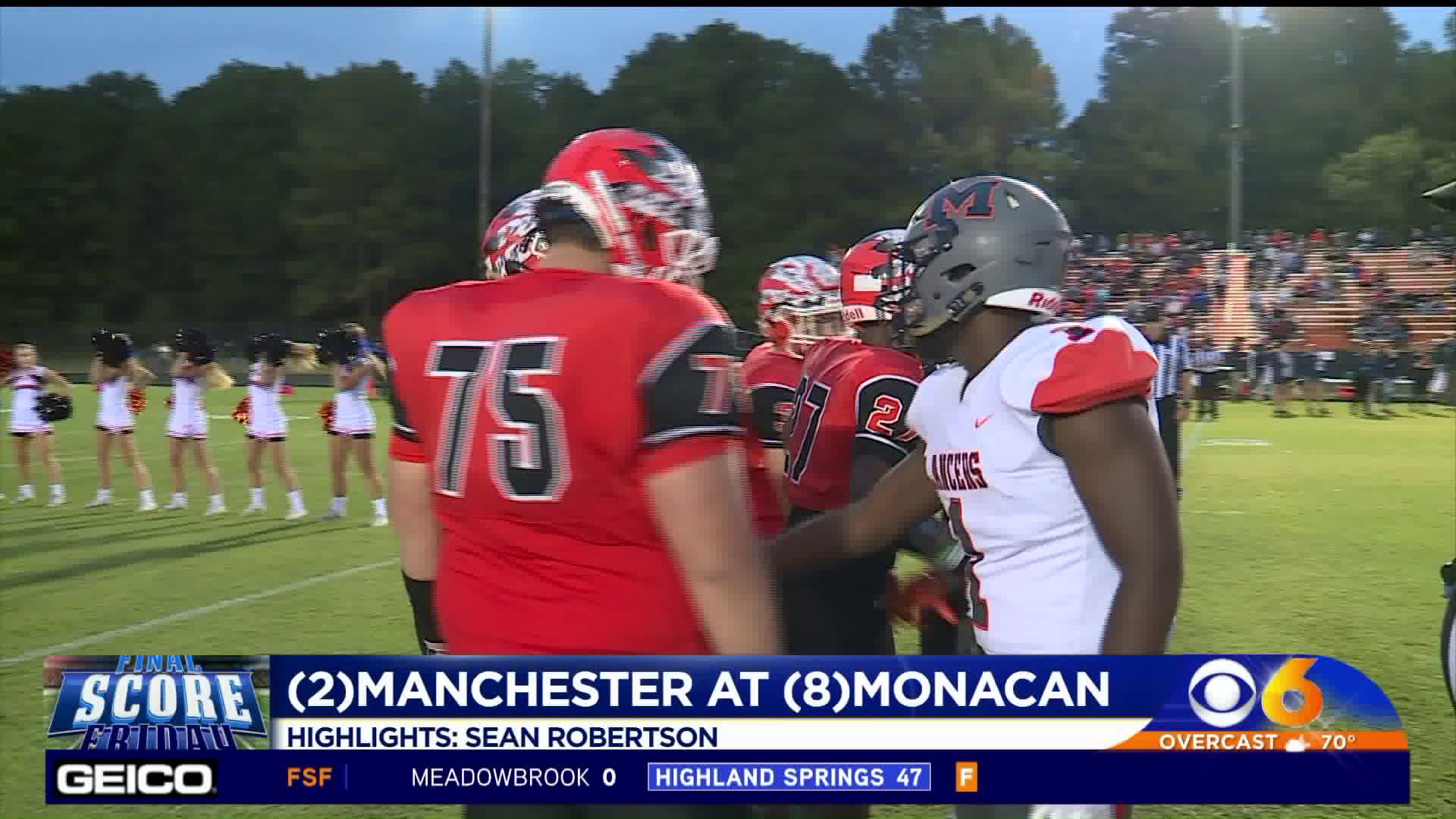 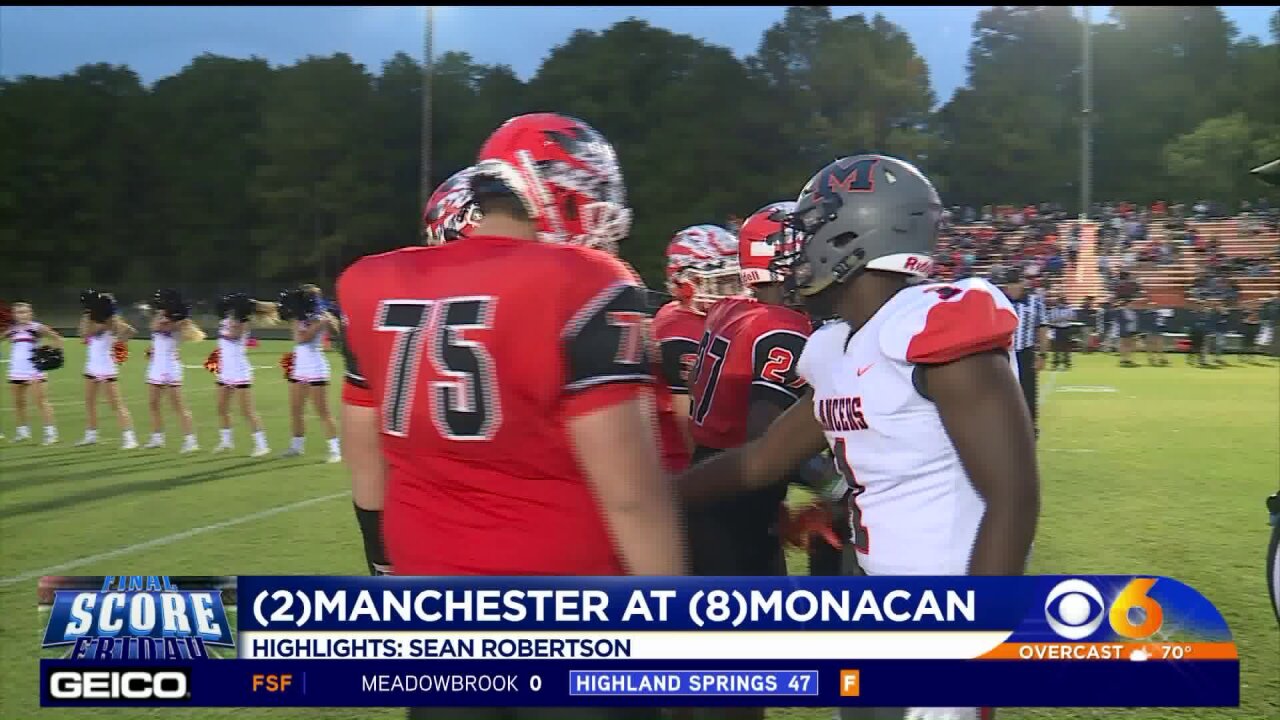 Chesterfield, VA - Manchester jumped out to a 26-0 lead and never looked back in their rivalry game against Monacan to stay undefeated on the season 34-12.  The win was the first for the Lancers at Monacan since 2013.

Manchester's defense set up the game's first score when Chiefs' quarterback J.J. Allen's pass was tipped and intercepted by Brendon Shelton.  It would lead to an Isaiah Todd short touchdown run for a 7-0 lead.

The Lancers would score on their first three possessions of the game behind another Todd run and a Roemell Garcia touchdown pass to Deonte Hill.