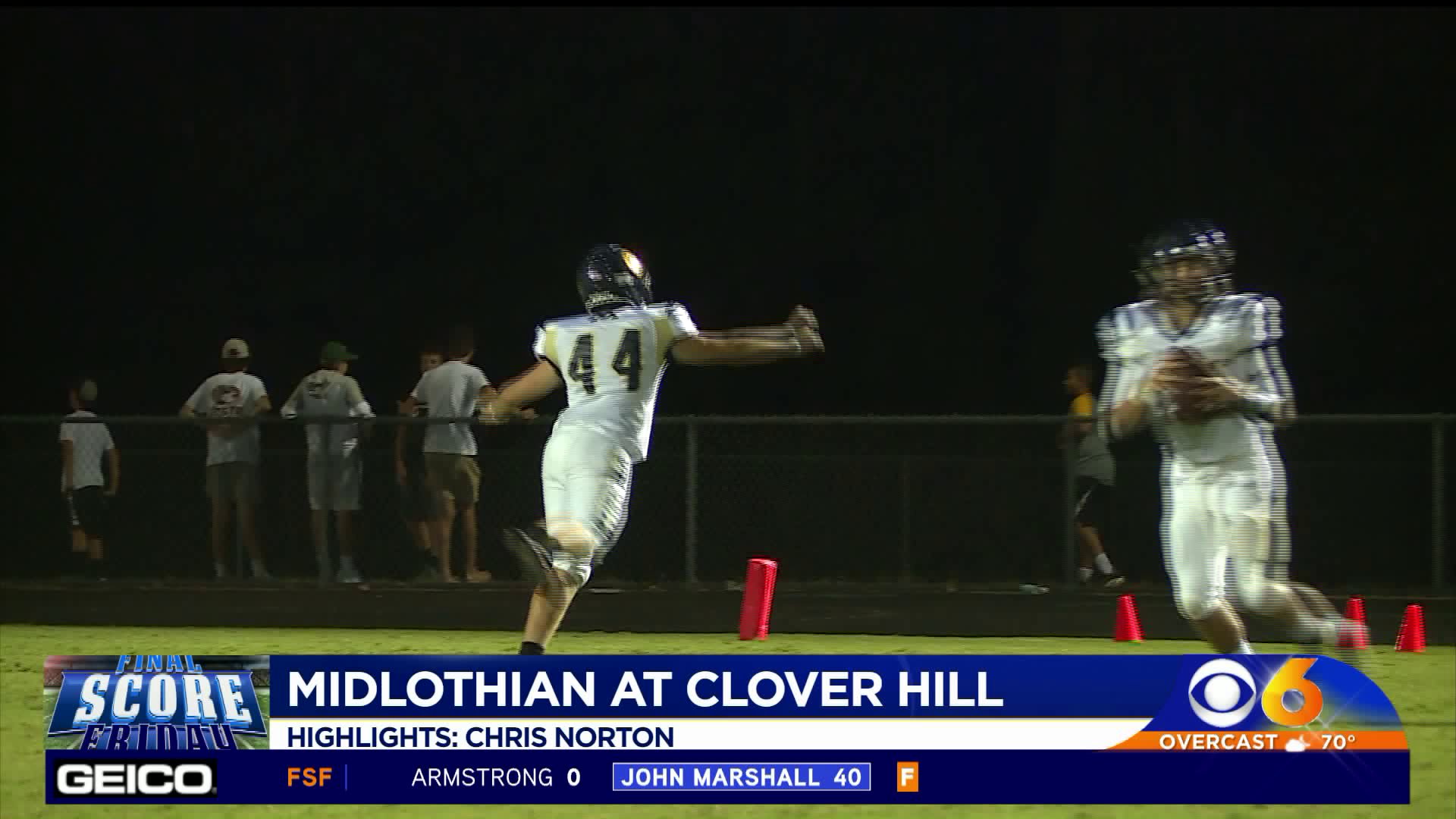 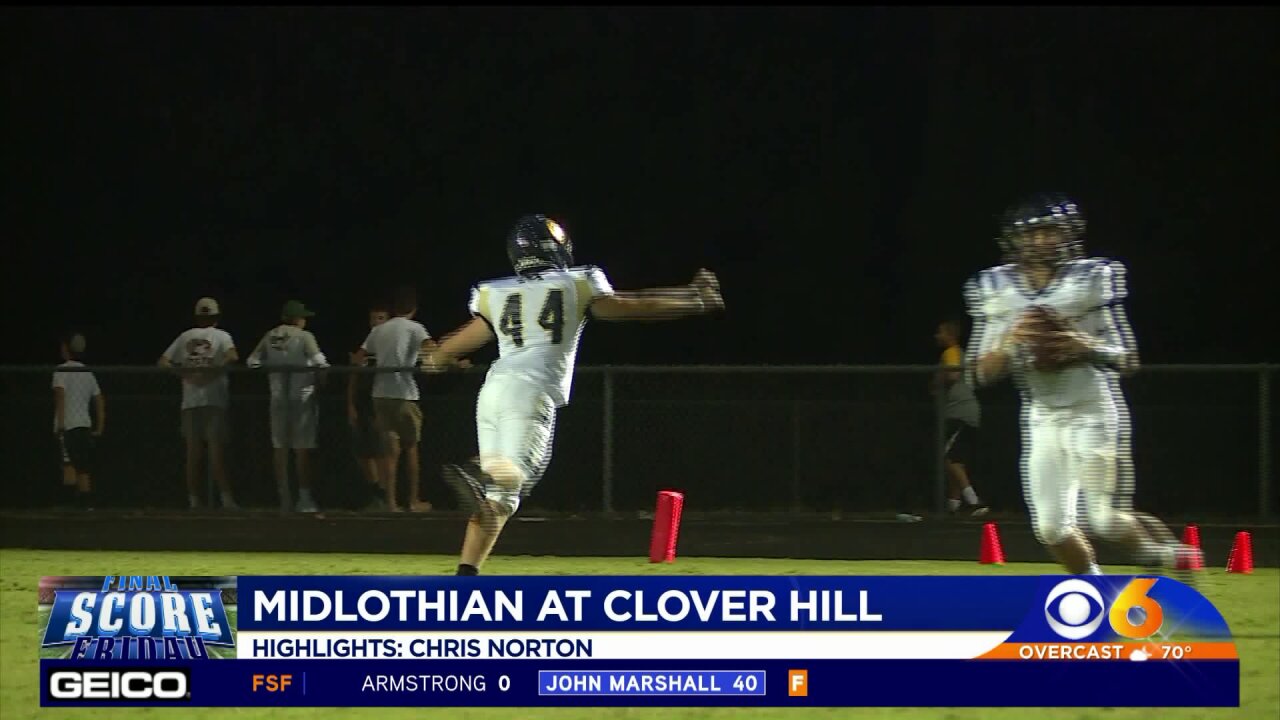 Chesterfield, VA - After trailing 7-0 at the half, Clover Hill would outscore Midlothian 29-6 in the second half for a 29-13 win to improve to 2-0 for the second straight year.

The Cavaliers defense had a huge night as they scored a safety and had an interception returned for a touchdown.

Clover Hill running back Dalton Collins rushed for 90 yards along with two touchdowns in the second half.

Cavaliers receiver Jaden Johnson had a 24 yard touchdown catch and had 40 yard interception return for a touchdown.