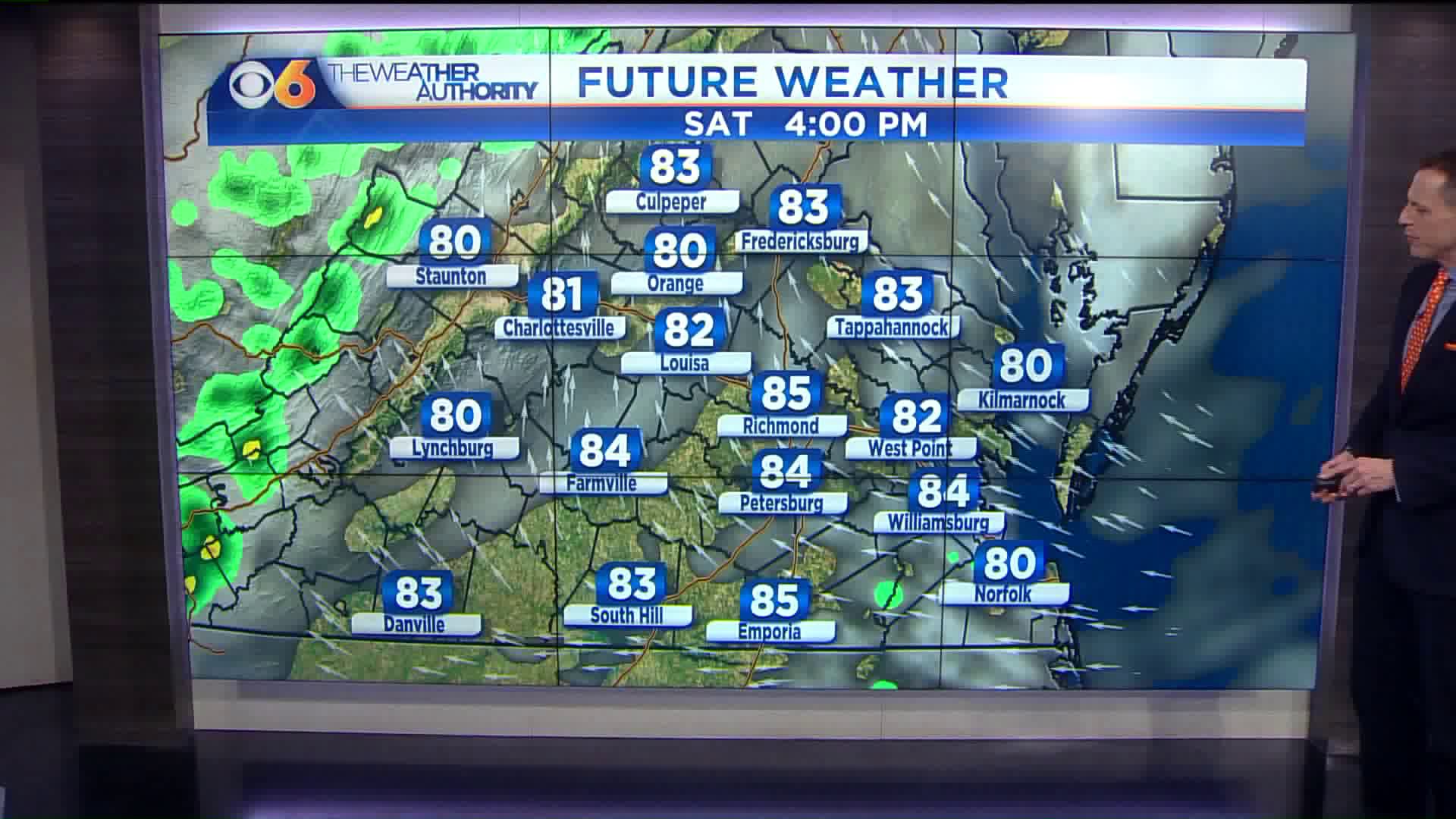 Clouds will hang around in some areas through late afternoon 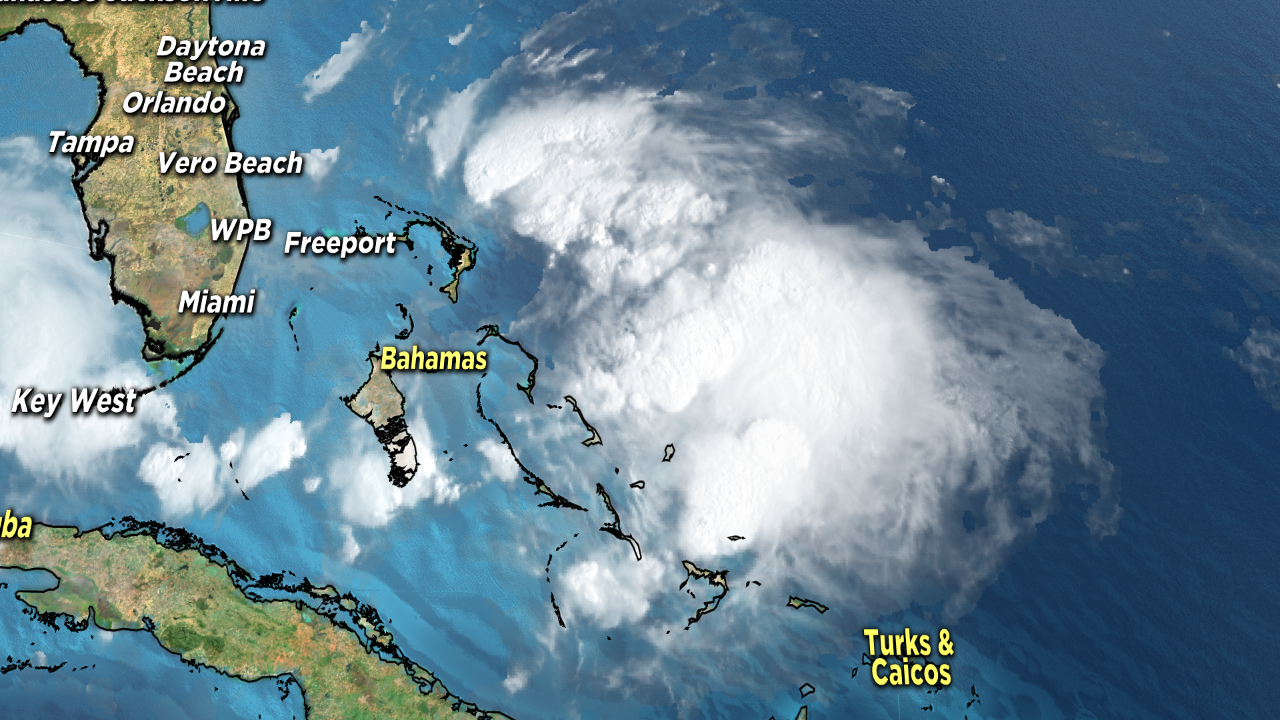 RICHMOND, Va. -- A tropical disturbance eventually developed into Tropical Storm Humberto at 11 p.m. Friday.  The center will be near Great Abaco Island much of Saturday.  This is the same area that received a direct hit from Hurricane Dorian.

Humberto will be a much weaker system, but will still cause winds in excess of 40 mph and rainfall up to around six inches in the northern Bahamas.  Unlike with Dorian, there will be no significant storm surge.

The track of the storm will be to the northwest.  It will then encounter a ridge of high pressure and curve away from the Florida coast.  Other than some rough surf, there will be no impacts to Florida.

As it moves away from the United States, it will move over the warmer waters of the Gulf Stream and will strengthen into a hurricane.  The storm will be near Bermuda late in the week.

The spaghetti plot of computer models show a very similar track.  Over the past 24 hours, this track has shifted even farther away from the Florida coast.

Additional details can be found in the CBS 6 Hurricane Tracker.

Elsewhere in the tropics, a disturbance is in the eastern Gulf of Mexico.  This will track towards Texas, and major development is not expected.

Other disturbances are in the eastern Atlantic.  The one closest to Africa may have the best chance of development over the next week.