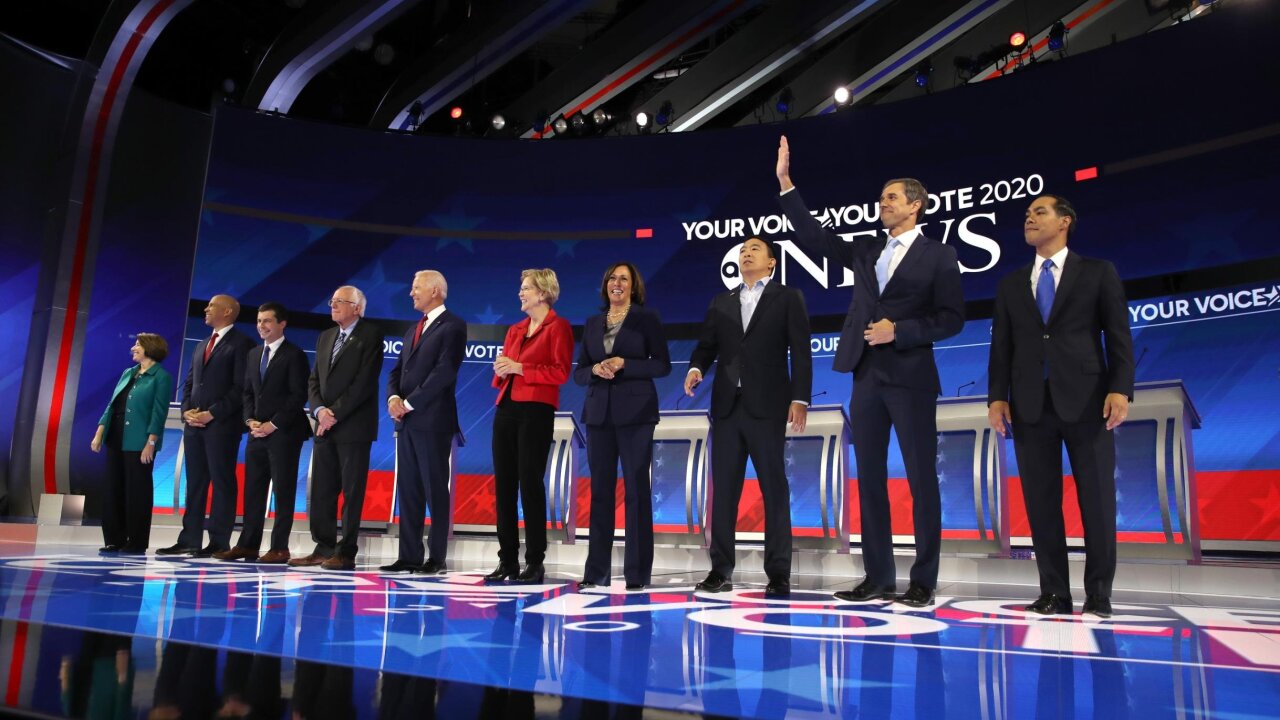 This debate, in Houston, featured the 10 candidates who met polling and fundraising thresholds set by the Democratic National Committee.

Democratic candidates pushed back against Julián Castro going after Joe Biden’s memory in Thursday’s presidential debate, calling it “personal” and “not cool.”

Castro sharply accused the former vice president of forgetting what he’d said just minutes before during a disagreement over a minor point in the candidates’ broader discussion of whether to embrace “Medicare for All,” which Biden has opposed.

He continued: “This reminds everybody of what they cannot stand about Washington. Scoring points against each other, poking at each other.”

Sen. Amy Klobuchar of Minnesota then responded, “But a House divided cannot stand. And that is not how we’re going to win this election.”

Castro told CNN’s Chris Cuomo after the debate that the comment was “not intended as a personal attack or affront.”

Castro added on Friday that he would’ve asked the same question of any of the other candidates had they denied a comment they made within minutes.

“It didn’t matter that it was Joe Biden. If it had been another candidate that tried to deny what they just said two minutes ago, I would have asked them the same thing,” Castro said on CNN’s “New Day.”

In interviews with CNN immediately following the debate, Democratic candidates expressed disapproval of Castro’s tactic and stressed the importance of party unity.

Sen. Bernie Sanders of Vermont said he is going to continue to contrast his views and record with Biden’s, but that “I’m not going to go after him personally. That’s not right.”

Buttigieg said it was “starting to feel like a scrum up there.”

Sen. Cory Booker of New Jersey said he is going to stand up against any kind of “demeaning and degrading between candidates,” adding, “I’ve seen this movie before in the last election.”

CNN’s Dana Bash pointed out that Booker had been tough on Biden in the last Democratic debate, where the senator delivered one of the most forceful denunciations of Biden’s record and suggested he former vice president had been one of the chief architects of a criminal justice system that disproportionately incarcerated black and brown men. Booker responded, “Absolutely, but you saw the way I did it. It wasn’t a cheap shot.”

Castro has “some really legitimate concerns” that are shared by many others, he said, about Biden’s “ability to carry the ball all the way across the end line without fumbling.” Booker said Castro has “every right to call that out.”

But the senator stressed the importance of tone and tenor and disagreeing respectfully.

When you demonize somebody and create bad blood it’s hard to unify afterwards,” he said.