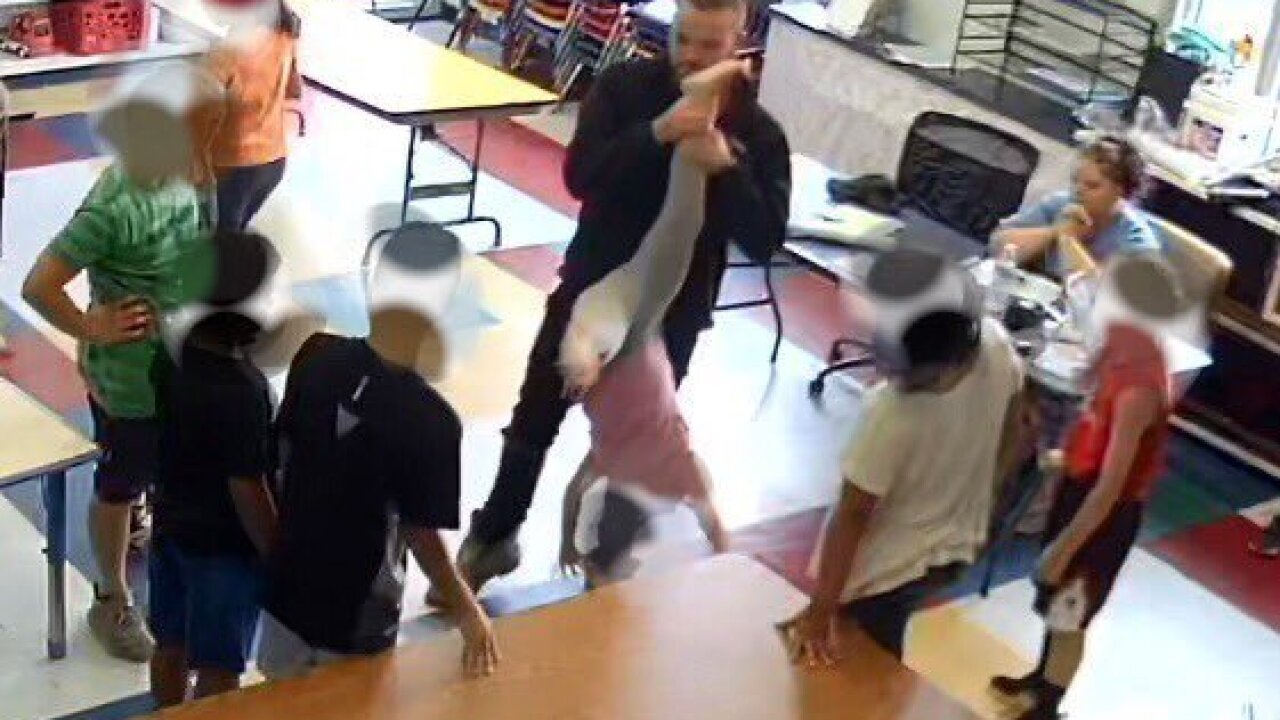 A day care employee picked up the child by one leg, Columbus police said. The faces of the children were blurred by the Columbus Police.

COLUMBUS, Ohio — Two employees of a day care in Ohio were arrested after failing to stop the “extreme bullying” of a 5-year-old girl in their care, police said.

Emma Dietrich, 31, and Joshua Tennant, 27, were charged Tuesday with child endangerment, according to a Columbus Police report.

A video of the August 13 incident at the Worthington Learning Center shows the two employees sitting at a table, watching as a group of students start “grabbing, pulling, dragging, swinging, and just ‘bullying'” the girl, according to the police report.

The girl “appears frightened and keeps her eyes closed or covered and attempts to curl up into a fetal position,” in the video, the police report said.

When she tried to get away, the other children grabbed her and held her down, the report said.

In the video, Dietrich and Tennant “do not attempt to stop” the bullying, police said.

At one point in the video, Tennant picked the girl up “by her right ankle,” carrying her upside down to place her on a rug, the police report says.

Columbus Police said in a tweet that they are making the case public to show the “severity” of what (the) little girl endured in the learning center.

The Worthington Learning Center has been cooperative “through the scope of this investigation,” police said. The day care center did not reply to a CNN request for comment.

Lisa Rowe, owner of the day care center, told CNN affiliate 10TV that she was “heartbroken” over the incident, that her employees go through extensive training, and that she fired the two workers after she saw the video. There is “zero tolerance” for this behavior, she said.