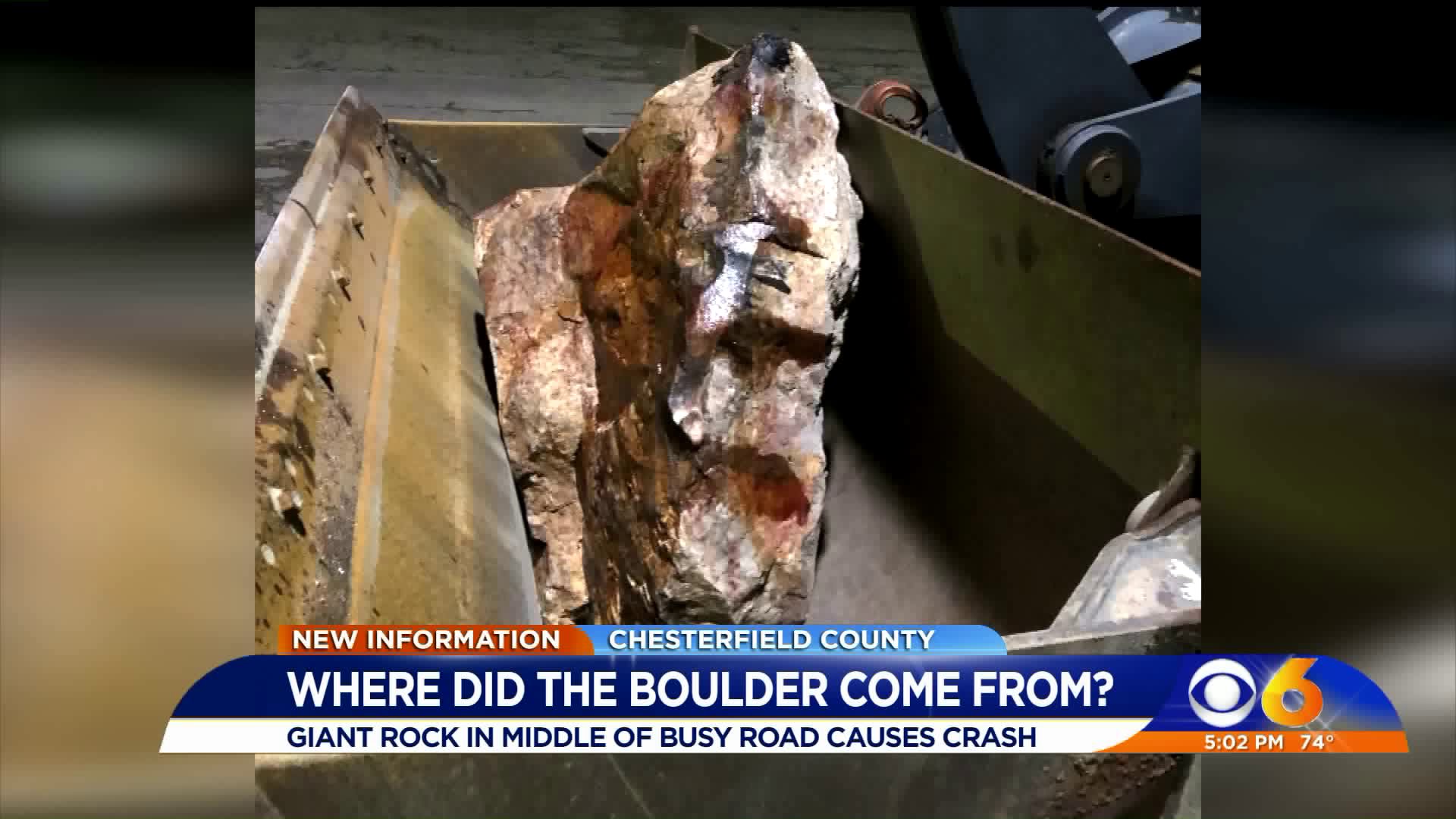 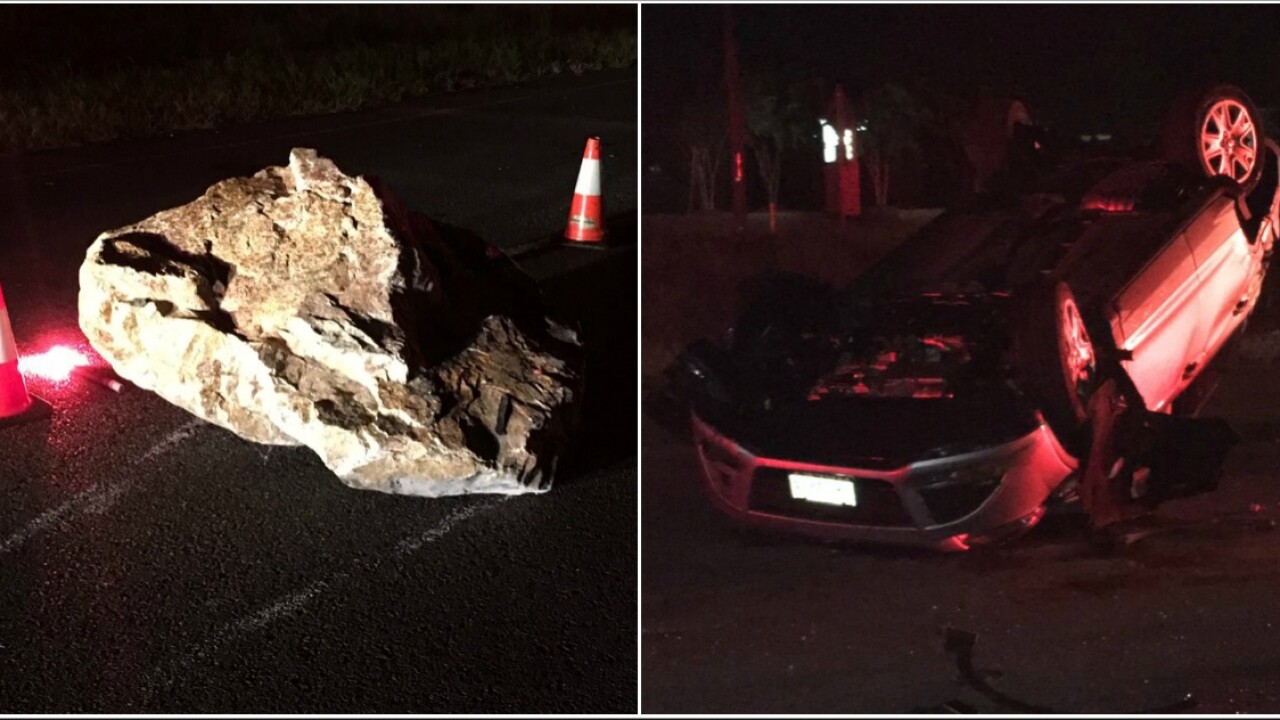 CHESTERFIELD COUNTY, Va. – Authorities said no one was seriously hurt after a car hit a picnic table-sized boulder and flipped on a highway in Chesterfield County on Friday the 13th.

That is where Lt. Justin Aronson with Chesterfield Police found the car flipped after it smashed into the giant rock.

Aronson said there were "no serious injuries."

CPD on scene of a vehicle crash in the 14800 block of 360. Vehicle vs. Boulder. Only one eastbound lane open. No serious injuries. @CCPDVa @sgt_lamb @CBS6 @NBC12 @8NEWS pic.twitter.com/f9nabflO4f

Some more photos (courtesy of @VaDOTRVA) of the boulder that caused the single car crash this morning on Hull Street Rd.

VDOT says it is the size of a picnic table and is now at their area headquarters. Their working theory is it fell off a tractor-trailer. @CBS6 pic.twitter.com/jeDTZtkLEl

As a result of the crash, officials said only one lane of eastbound Route 360 was open to traffic.

“Shout out to VDOT for removing the boulder from Hull Street,” Aronson posted on Twitter just before 5:30 a.m.

VDOT officials told reporter Cameron Thompson the boulder was the size of a picnic table.

Officials believe the rock, which was in the far right eastbound lane, may have fallen off a tractor-trailer because of its size.