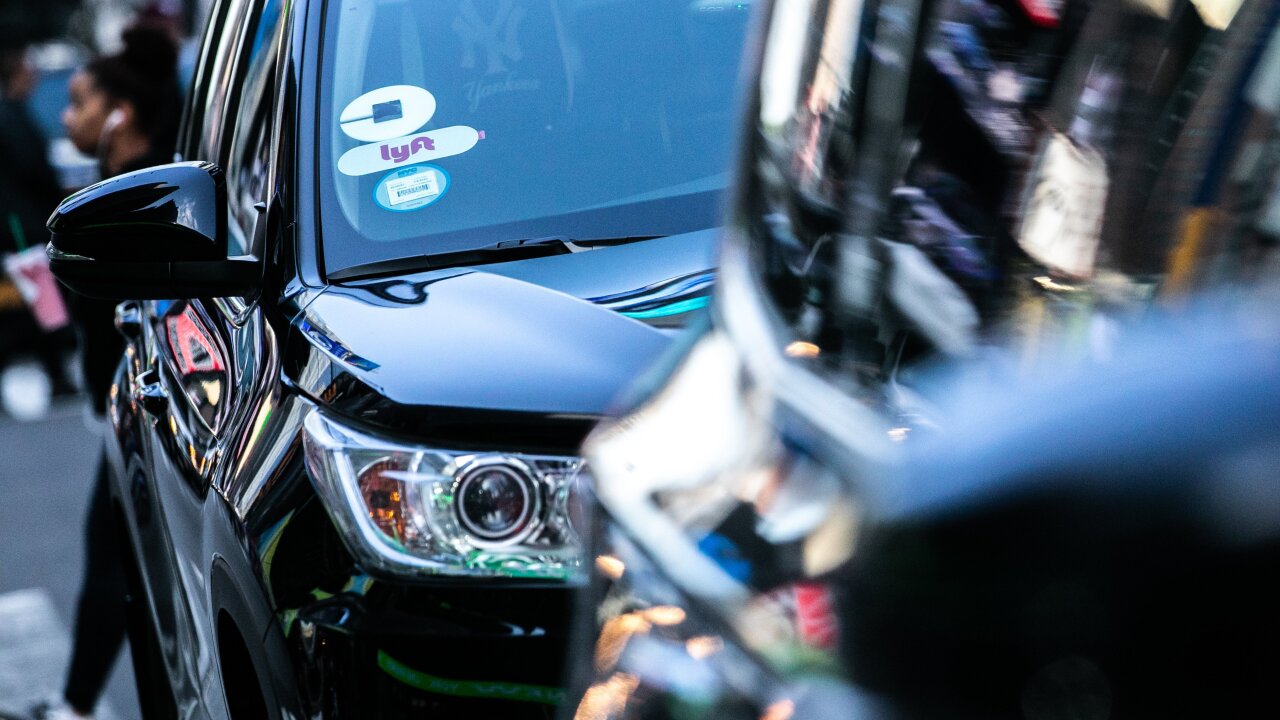 A top Uber executive attempted to defuse concerns about a potential existential threat to its business shortly after lawmakers in California approved a new bill that will make it more difficult for employers in the state to classify workers as independent contractors.

A top Uber executive attempted to defuse concerns about a potential existential threat to its business shortly after lawmakers in California approved a new bill that will make it more difficult for employers in the state to classify workers as independent contractors.

Tony West, Uber’s chief legal officer, said Wednesday that the company believed a new test imposed by the bill, known as AB-5, would not require it to classify its fleet of drivers in the state as employees. The bill, which is expected to be signed by Governor Gavin Newsom in short order, would require a business like Uber to prove its contract workers are free from company control, perform work that is outside the usual course of business for the company and have independently established businesses providing similar work in order to be classified as such.

“We continue to believe drivers are properly classified as independent,” West said in a lengthy statement Wednesday. “And because we’ll continue to be responsive to what the vast majority of drivers tell us they want most — flexibility — drivers will not be automatically reclassified as employees, even after January of next year,” when the bill would take effect.

In a tweet about West’s statement, AB-5 bill author Lorena Gonzalez touted that the law has an enforcement mechanism to prevent companies from continuing to misclassify workers as independent contractors instead of employees.

The back-and-forth spotlights the high stakes of the pending legislation. Over the past decade, on-demand companies like Uber have built up massive fleets of drivers and delivery workers who are treated as independent contractors rather than employees. As a result, these businesses have largely not been obligated to provide minimum wage, overtime pay, workers’ compensation, unemployment insurance and paid sick leave. Independent contractors also pay their own expenses.

Now that could change in California, the home state of many on-demand companies, including Uber and Lyft. Late Tuesday, the state’s Senate passed legislation, known as AB-5, that could transition rideshare drivers into full-time employees. The bill passed the state assembly on Wednesday. Governor Newsom previously signaled his support of the bill in a Labor Day op-ed published by the The Sacramento Bee.

“This is such a cut to the heart of their business practice,” said Katie Wells, an urban studies foundation postdoctoral fellow at Georgetown University who researches the social and economic effects of on-demand services. “The fact that they are suggesting that there is a solution to be had acknowledges that there is a problem. It is a watershed moment.”

In its IPO filing earlier this year, Lyft indicated that classifying drivers as employees “may require us to significantly alter our existing business model and operations.” Uber similarly said in its filing that “any such reclassification would require us to fundamentally change our business model, and consequently have an adverse effect on our business and financial condition.”

Uber CEO Dara Khosrowshahi and Lyft cofounders Logan Green and John Zimmer reiterated the “risk” that AB-5 presents to their businesses in a June San Francisco Chronicle op-ed. They proposed the idea of a “different solution” that ensures “all workers, regardless of classification, are protected.” They wrote that they could work with California legislature to establish a pay guarantee, certain benefits like paid time off, as well as establish a driver association alongside lawmakers and labor groups to ensure their needs are met.

The companies are still fighting the bill. Lyft’s senior director of communications, Adrian Durbin, said the company is “fully prepared to take this issue to the voters of California to preserve the freedom and access drivers and riders want and need.” And in his statement, West said the company “will continue to defend our ability to enable on-demand, independent work.”

Uber, Lyft and on-demand delivery service DoorDash recently pledged to spend a combined $90 million on a ballot initiative in response to the bill.

Bradley Tusk, a regulatory adviser who has worked with Uber in the past, said the company has so far taken “a passive, slow approach to AB-5 and it hurt them.” The companies could have, for example, embraced policies that would have preempted arguments from critics, including full-time employee treatment for drivers on the platform whose work exceeds 40 hours a week, he said.

“Hopefully they’ll frame the narrative better and be more proactive as new states take up the issue,” Tusk said. But, he added, the fact “that these companies could not avert this bill through their lobbying and power reveals that their goodwill among the public and politicians has eroded.”

For Uber and Lyft, in particular, the legislation comes at a difficult moment. Both companies’ stocks are trading near all-time lows amid investor concerns about steep losses and the long, uncertain road to profitability.

Uber, in particular, has laid off more than 800 staffers since going public, including a round of layoffs announced earlier this week.