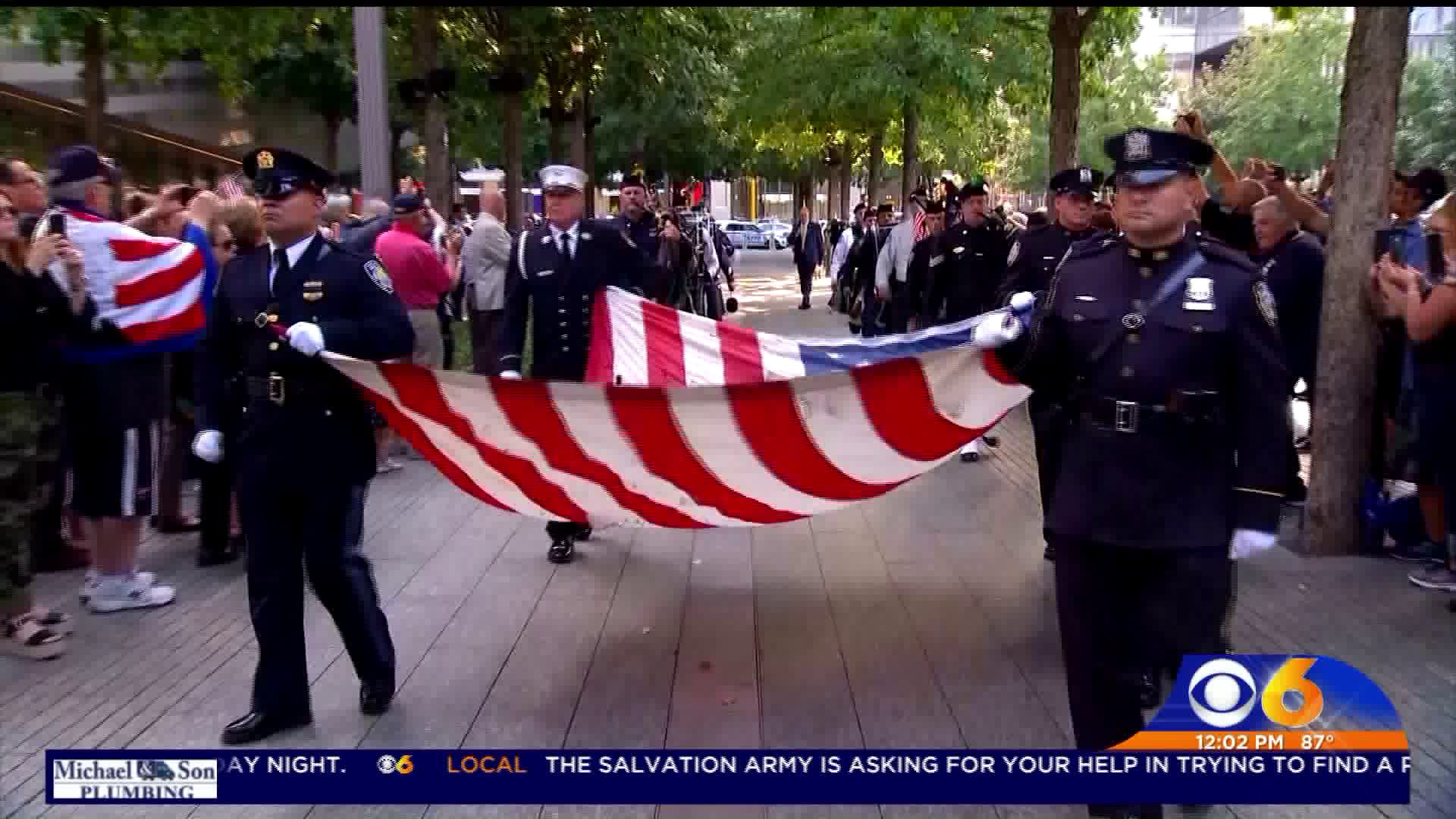 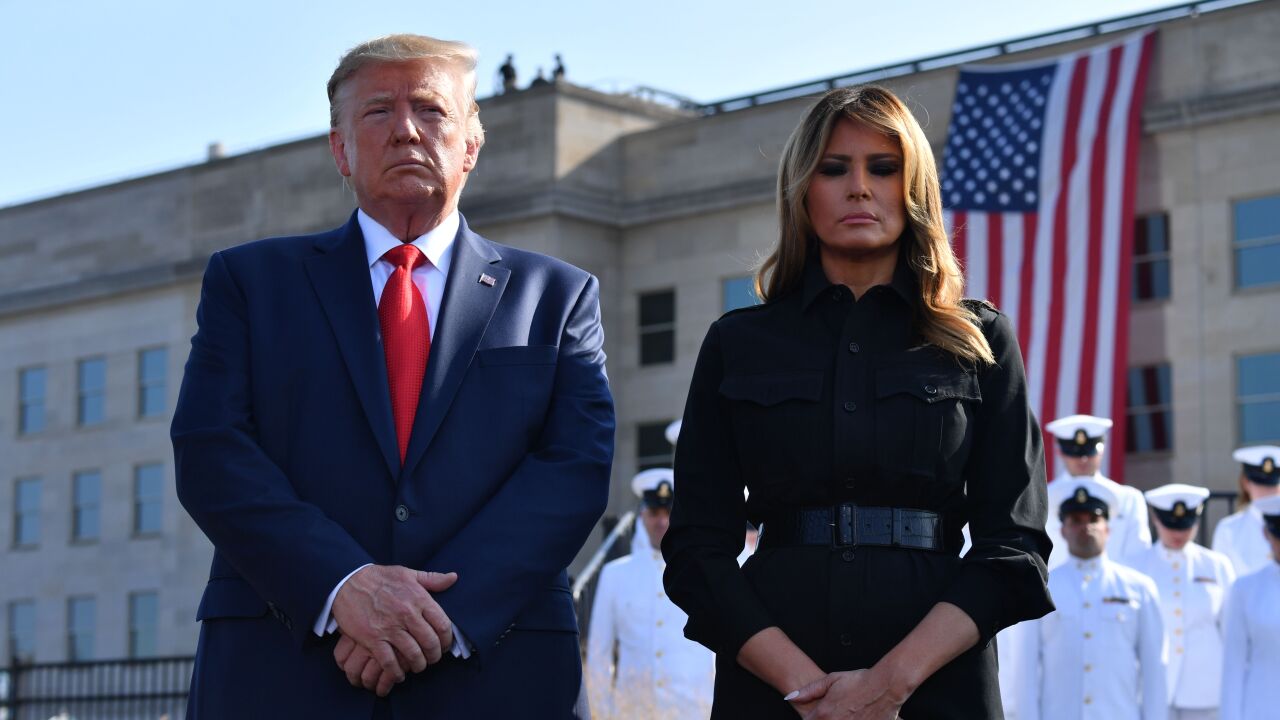 Events in New York City, Washington, D.C., and Pennsylvania -- each of which saw destruction and disaster that day -- will be held on Wednesday to remember the victims and first responders.

Nearly 3,000 people died when hijackers took control of four commercial airplanes and crashed them into the World Trade Center buildings, the Pentagon, and a field in Shanksville, Pennsylvania. More have died since from illnesses related to the destruction.

A ceremony marking the anniversary of 9/11 started at 8:40 a.m. ET this morning at the site of the World Trade Center in New York City.

A new state law passed in New York this year mandates that public schools allow a moment of silence to mark the anniversary. The law is intended to "encourage dialogue and education in the classroom" and to ensure that future generations understand the terrorist attacks, according to a statement from the governor's office.

President Donald Trump and the first lady marked the moment the first World Trade Center tower was hit, at 8:46 a.m. ET, with a moment of silence on the South Lawn of the White House. The two solemnly bowed their heads as a bell rang.

Members of Congress similarly observed the anniversary at the Capitol.

During the ceremony in New York City, a young man used an iPad to read the name of his father, Richard Avery Aronow.

"And my father, Richard Aronow. I love you very much. I miss you," the automated voice said.

He was accompanied by a woman holding the iPad for him. The young man did not speak.