Thomas Dale shuts out L.C. Bird 28-0 in the Battle of Chester 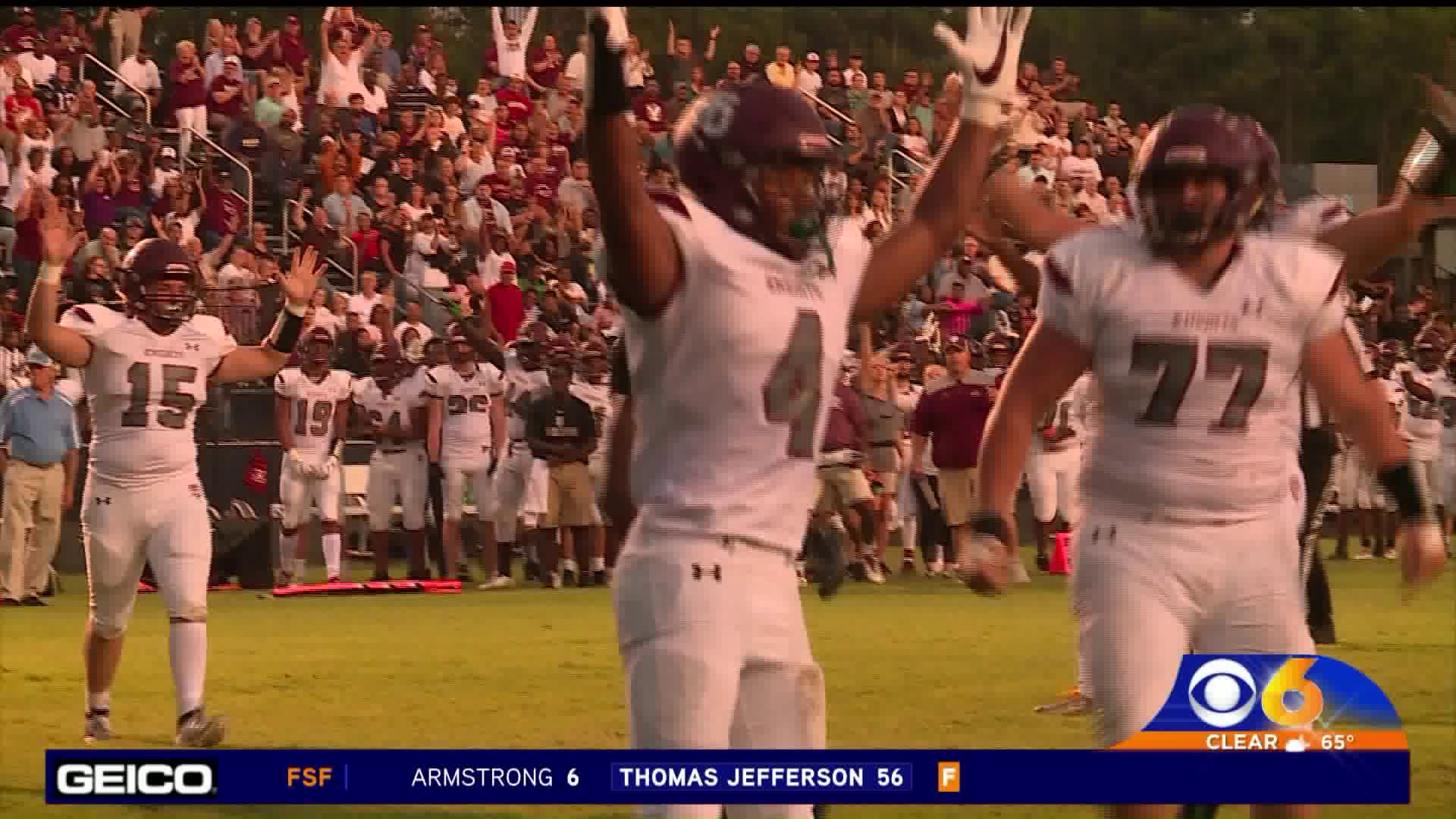 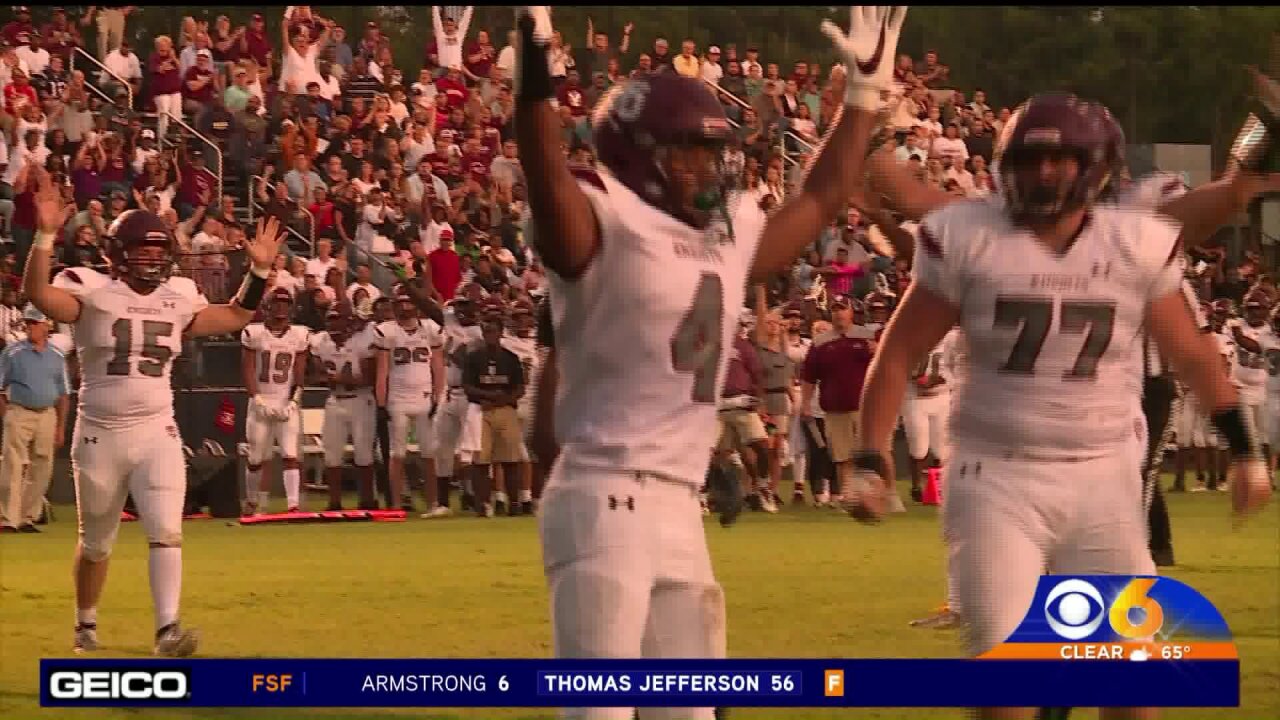 Chester, VA - The 2019 version of the Battle of Chester between L.C. Bird and Thomas Dale was a defensive struggle for most of the 1st half as Dale took a 7-0 lead into the locker room.

Whatever Thomas Dale Head Coach Kevin Tucker said at halftime worked because in the 2nd half, the Knights would score 21 points on touchdown run by Jasiah Williams, DeAngelo Gray and Chris Tyree, who had the game's first TD, as the Knights shutout L.C. Bird for the first time in the series since 1996 28-0.

"We went and came out in the second half and tried to get into our heavy stuff," stated Coach Tucker.  "I still say [De'Angelo Gray]  he is the most electric kid in the state."

The Knights have outscored their first two opponents 86-0 this season.