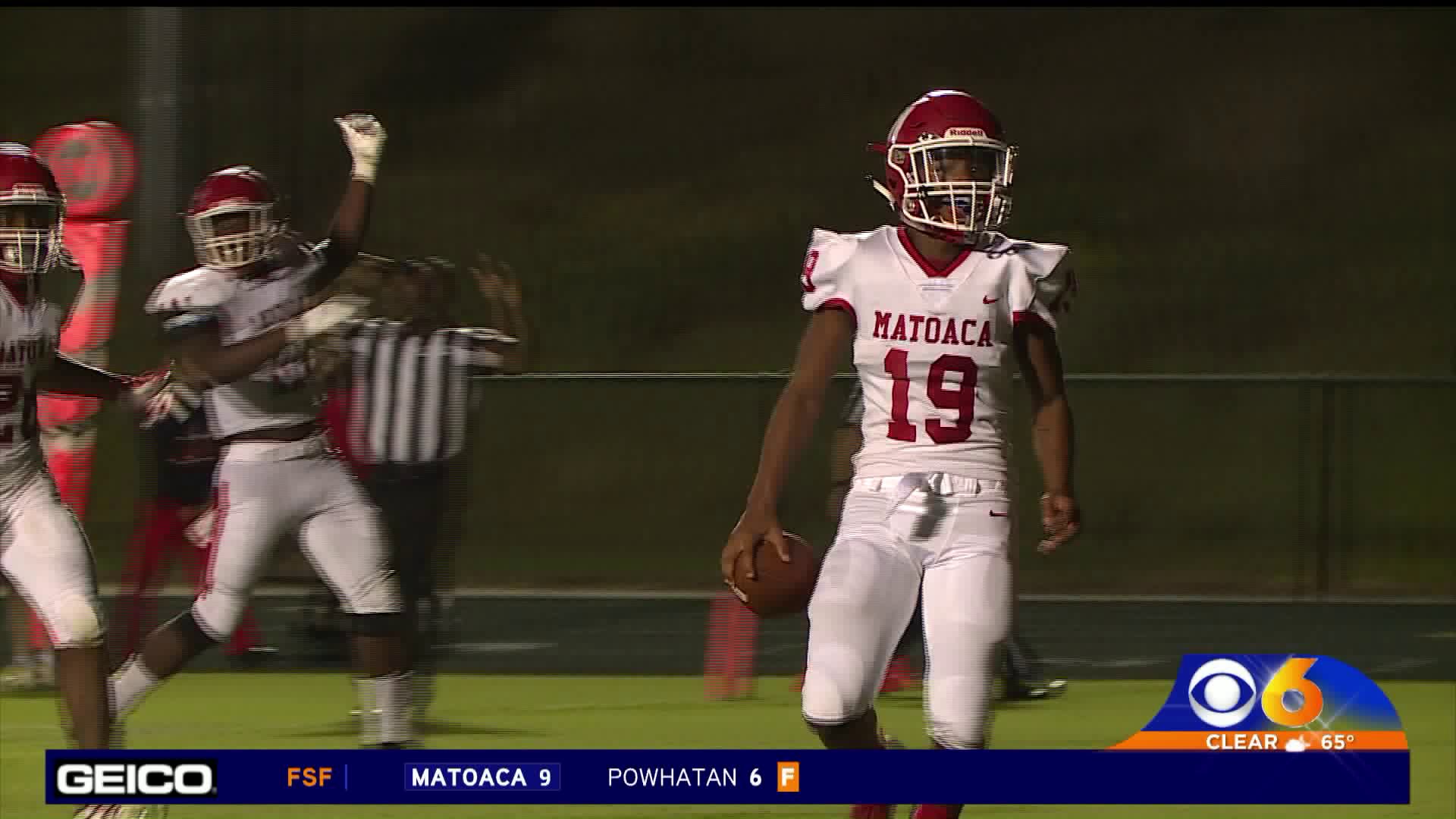 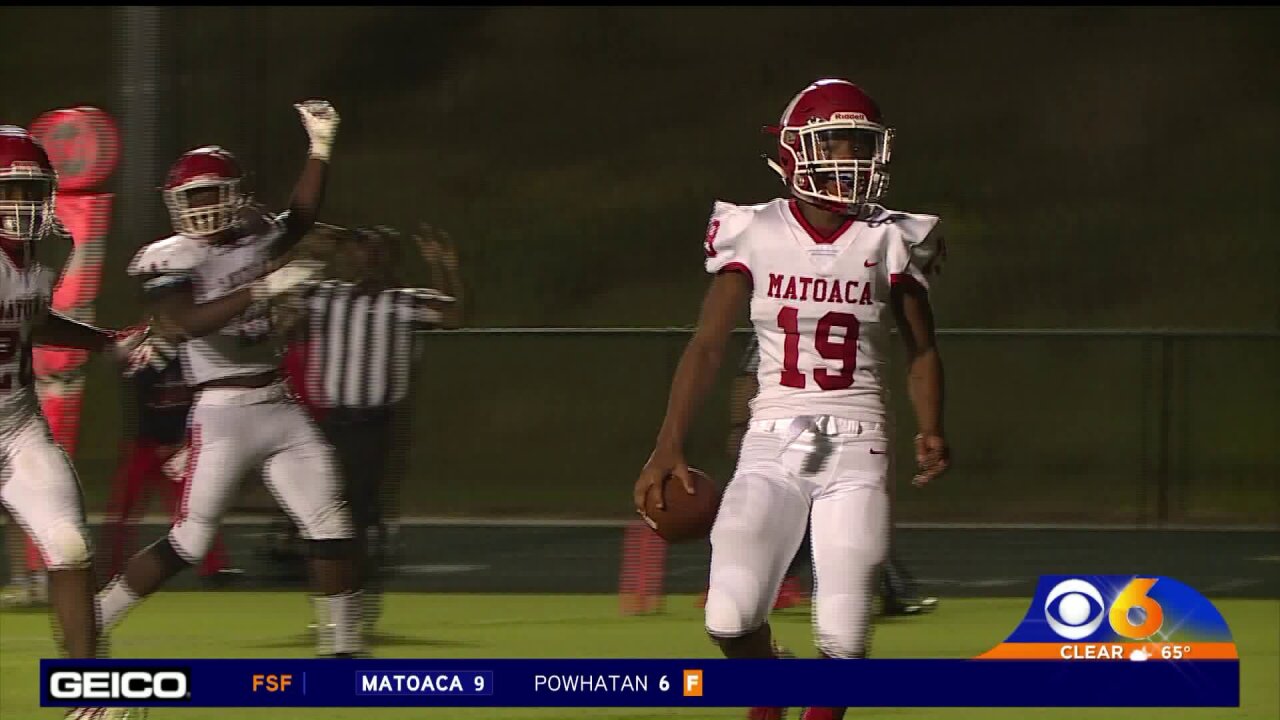 Powhatan, Va. - Daquan Zann scored  the only touchdown of the night, spoiling the Powhatan debut for new head coach Mike Henderson as the Warriors beat the Indians 9-6 in overtime.

Zann's 18 yard TD run in the second half tied the game at six, matching two field goals from Powhatan's Mason Pinnell, one from a school record 46 yards away.

But in overtime, it was Matoaca's kicker Aidan Redmon, hitting from 27 yards out giving Matoaca (1-0) the win.

Powhatan (0-1) hosts George Wythe next week while the Warriors are on the road at Varina.