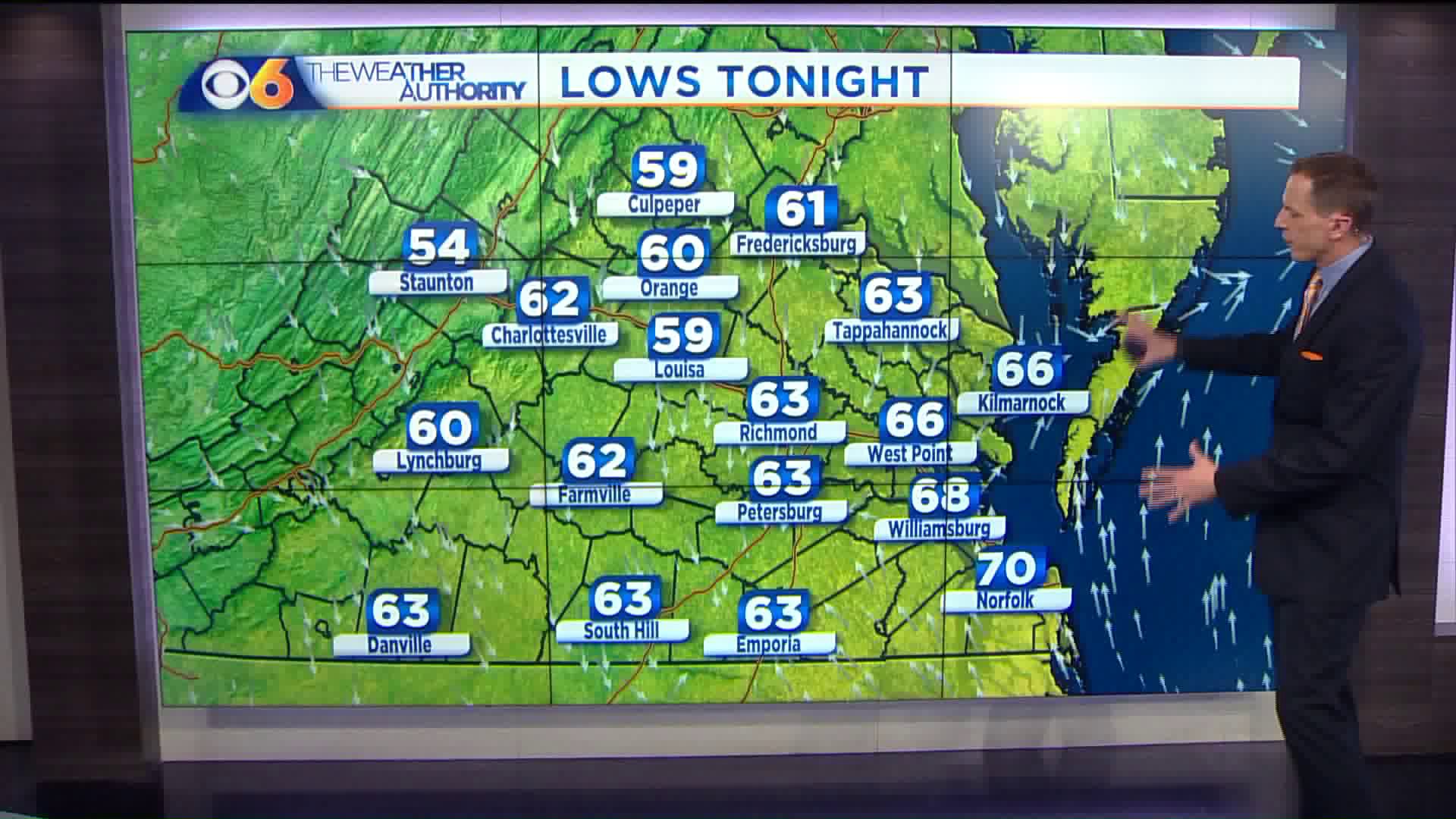 Most areas will stay dry with highs in the 80s 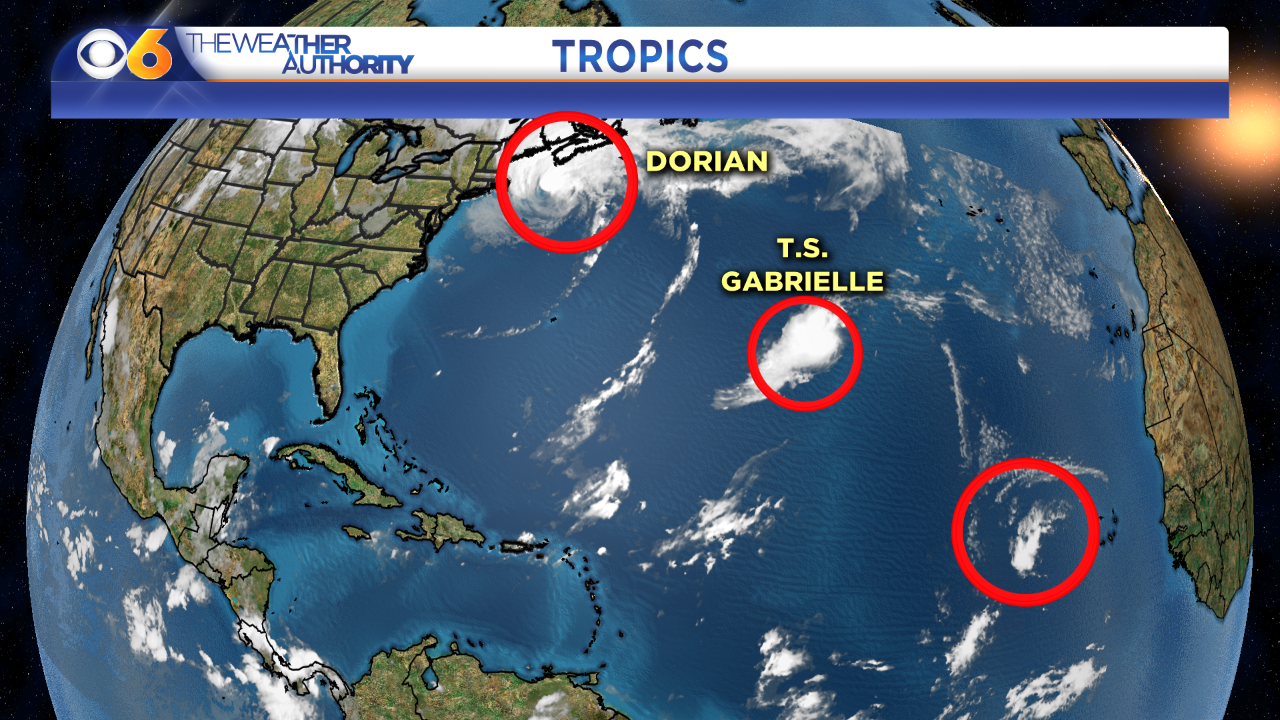 RICHMOND, Va. -- Dorian moved away from the Mid-Atlantic coast Friday afternoon.  The storm was located around 160 miles off the coast of Massachusetts Saturday morning.  It will track northeastward across eastern Canada the rest of the weekend.

While Dorian will lose tropical characteristics, it will still be a powerful storm system with strong winds.

Gabrielle is located in the middle of the Atlantic.  After a brief northwestward track, it will turn to the northeast as a hurricane.

A tropical wave is located in the far eastern Atlantic.  Conditions are favorable for this to develop over the next week.  Many computer models are strengthening it into a tropical storm, and a few show it may become a hurricane.

The majority of models are pushing it westward towards the Caribbean.  A few models take the system a bit farther northwest, and extended versions of those models suggest it will curve away from the Bahamas and head back into the Atlantic.  At this point, it is not guaranteed that this will become a named system, but it definitely bears watching.

If this system does develop into a tropical storm, it will be named Humberto.

The fact that the tropics are more active now is actually pretty normal.  The peak of the Atlantic season is September 10.

This is the point of the year where ocean water temperatures are very warm and wind shear is fairly low.