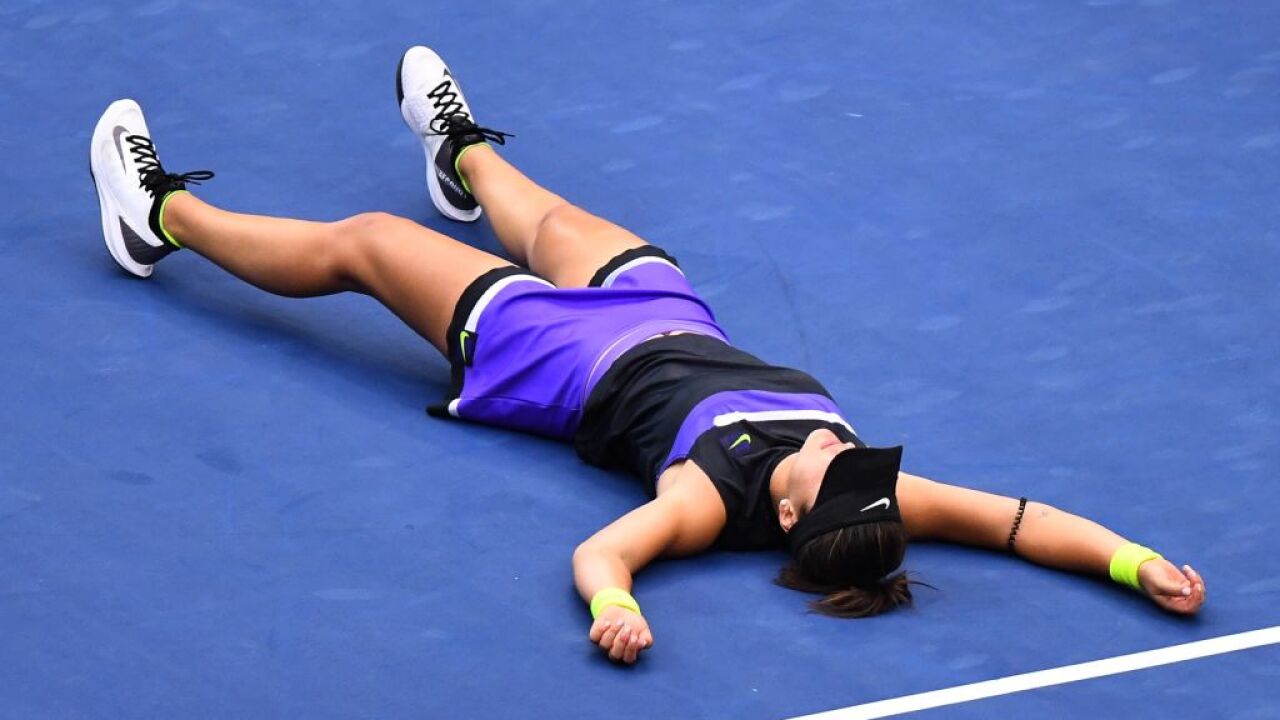 Bianca Andreescu of Canada reacts as she wins against Serena Williams of the US during the Women’s Singles Finals match at the 2019 US Open at the USTA Billie Jean King National Tennis Center in New York on September 7, 2019. (Photo by Johannes EISELE / AFP) (Photo credit should read JOHANNES EISELE/AFP/Getty Images) 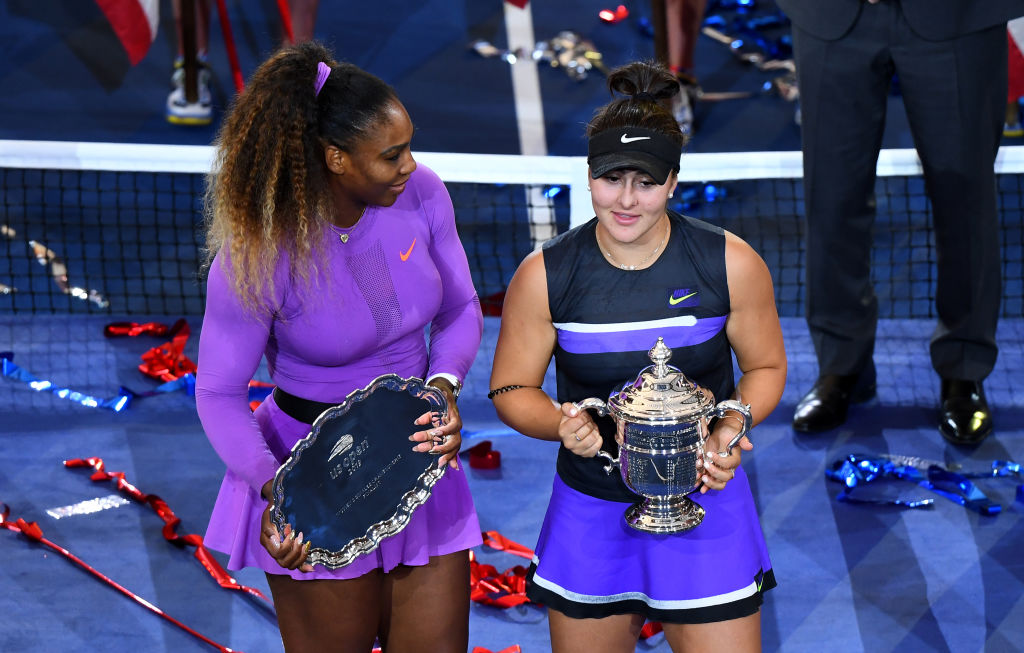 Bianca Andreescu just doesn’t know how to lose a tennis match these days while Serena Williams suddenly is struggling to win a grand slam final.

Andreescu became Canada’s first ever grand slam singles champion and at 19, the first teen to win a major since Maria Sharapova 13 years ago. She beat Williams 6-3, 7-5 in Saturday’s US Open final that went off without a hitch after the 2018 controversy.

Twelve months ago, Williams clashed with chair umpire Carlos Ramos in a loss to Naomi Osaka and was docked a point, sparking a debate about sexism in tennis.

Most of the 24,000 in attendance last year were passionately rooting for Williams, the home favorite, and that didn’t change Saturday. But Williams again finished as the runner-up, despite rallying from 5-1 and match point down in the second set to prompt a nail-biting conclusion.

The two players exchanged a hug at the net after Andreescu ripped a return winner on her third match point. Seconds later, Andreescu lay flat on the court, face up, and closed her eyes.

Williams — watched by her good friend Meghan Markle, the Duchess of Sussex, as she was in the Wimbledon final — will have to wait until 2020 to potentially tie Margaret Court’s record of winning 24 majors.

The 37-year-old is still tennis royalty, despite losing her last four grand slam finals and in straight sets.

The feisty, all-around Andreescu — watched by her parents — stretched her winning streak to 14 matches and if you exclude a retirement loss, hasn’t suffered a defeat since March 1 in Acapulco. She improved to 8-0 against the top 10 in 2019.

Anyone who didn’t know that already found out Saturday. Appearing in her first grand slam final, Andreescu — not yet born when Williams won her first US Open title in 1999 — wasn’t shy to let out one “come on” after another.

She made the perfect start, breaking Williams after her opponent led 40-15. Williams double-faulted twice to end the game in a sign of what was to come. Double-faults would be an issue for Williams — hitting eight in total — and she only served at 44 percent.

Andreescu failed to convert five break chances leading 4-2 in a game that stretched to 10 minutes. But she shrugged off the disappointment in the next game, gutsily saving a break point with an ace. Another double-fault from Williams duly ended the opening set.

The fourth game of the second set summed up Williams’ woe. Finally getting an ace, a gesture of outstretched arms from Williams suggested the expression, “Where has that been?”

On the next point, she double-faulted.

A drop-shot miss from Williams at 1-5 left Williams’ mom Oracene looking perplexed in the stands, but she saved a match point to break for 2-5 and held to get closer to Andreescu.

The crowd was off their feet and reached fever pitch when Andreescu missed a backhand at 5-3, 0-15 with Williams stranded. Andreescu seemed to try to block out the noise with her fingers.

A surging Williams incredibly got back on serve but it was still tricky, serving to stay in the championship match. From 30-30 — after two aces and two double faults — a rattled Andreescu missed two second-serve returns.

Bianca Andreescu of Canada returns a shot during her Women’s Singles final match against Serena Williams of the United States on day thirteen of the 2019 US Open at the USTA Billie Jean King National Tennis Center on September 07, 2019 in the Queens borough of New York City. (Photo by Clive Brunskill/Getty Images)

But she regrouped, claiming the last two games to eventually prevail in one-hour, 40-minutes.

One of Andreescu’s top 10 wins this year came against Williams in the final in her hometown of Toronto in August when the American was forced to retire after dealing with back spasms.

It only lasted four games, but the experience proved invaluable to Andreescu as she had the opportunity to stand on the same court as Williams and get a feel for her shots. Andreescu consoled a teary Williams that day in a moment that went viral.

Her rise has been rapid. The US Open was only the 15th seed’s fourth grand slam event and last year she lost in the first round of qualifying.

No wonder Andreescu mouthed, “Is this real life?” after she downed Elise Mertens in the quarterfinals.

Yes, it is, and that life will never be the same.

Slam was coming for Canada

Canada is known for loving hockey but producing a grand slam tennis champion seemed like it was getting closer after Eugenie Bouchard and Milos Raonic made finals at Wimbledon in 2014 and 2016, respectively.

Andreescu beat them to the punch.

Williams is unquestionably one of the greatest athletes ever. But she has lost those last four major finals, to Angelique Kerber, Osaka, Simona Halep and now Andreescu, since returning to the tour in 2018 after giving birth to daughter Olympia.

She had never lost three in a row and at one stage in her career was unstoppable, winning eight in a row.

Saturday’s setback is bound to make her more determined than ever to match Court’s record.