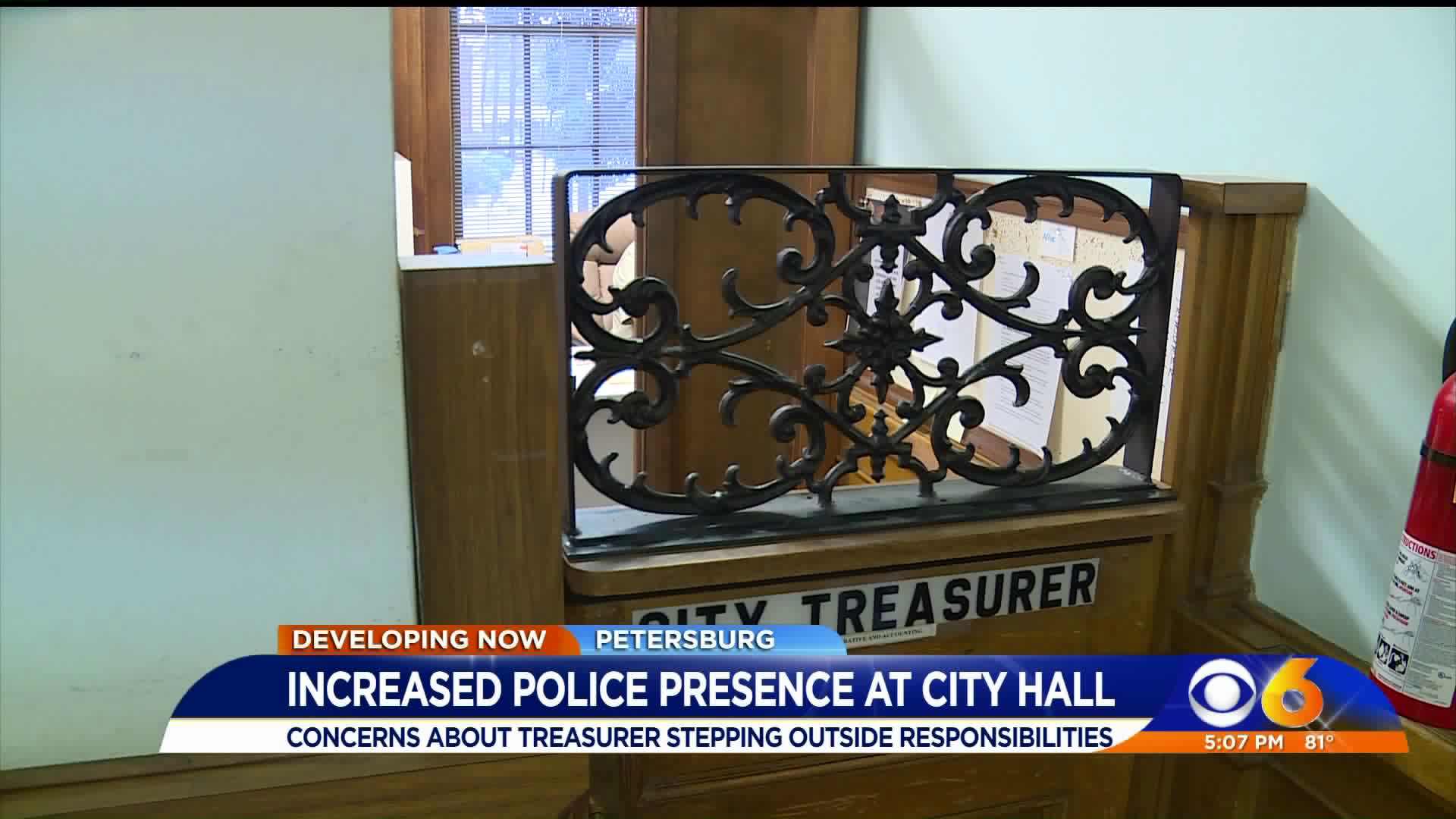 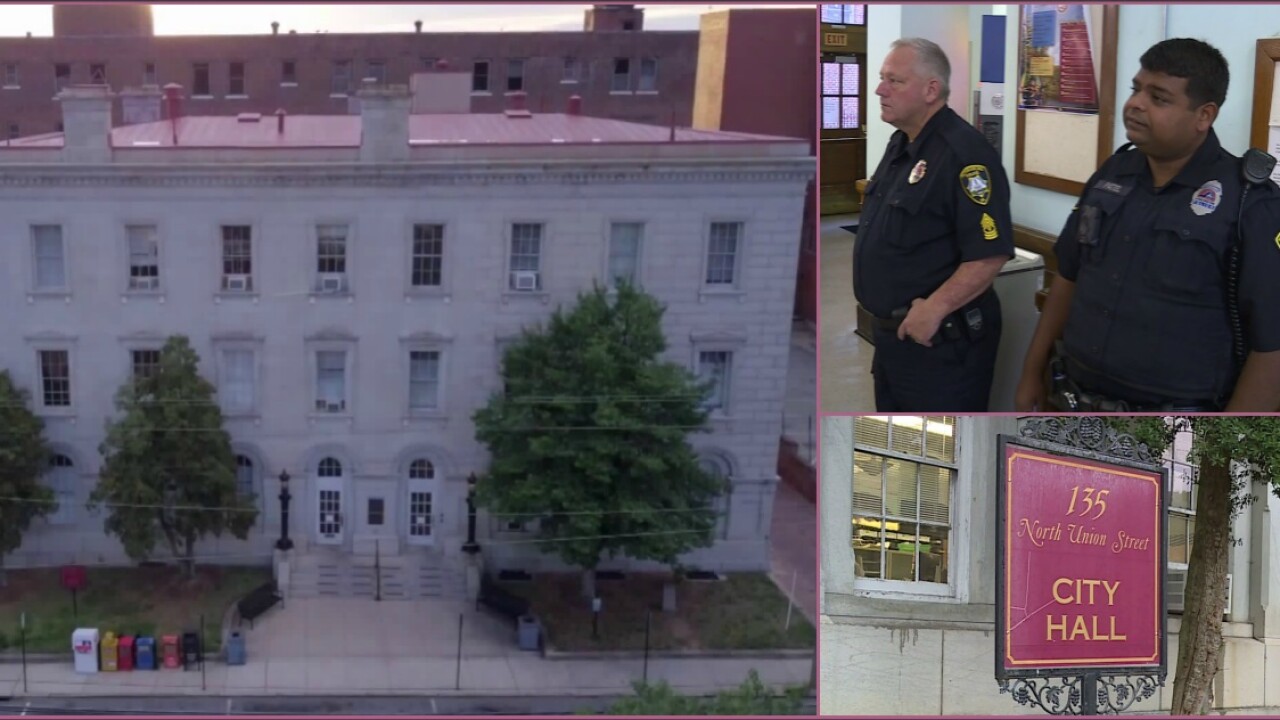 PETERSBURG, Va. -- Officers were watching over the first floor of Petersburg City Hall Friday, specifically in between the Treasurer's Office and the Office of Billing & Collections, as what the mayor called a "tug of war" continues to escalate.

Police officers stand guard over what the mayor calls a "tug of war" inside Petersburg City Hall.

"Called the police to say we need to make sure he remains outside of that area," Ferrell-Benavides explained. "It is an authorized only area and he is not an authorized person under the Office of Billing & Collections."

Ferrell-Benavides said the finance director called her Thursday claiming the treasurer was in the Billing & Collections Office and wanted to take a "box of petty cash to his office to reportedly count the cash."

Additionally, the city manager said she received another call saying the treasurer had returned to the billing office.

"[He was] pulling all cash drawers from cashiers, which is not a function of our current treasurer," Ferrell-Benavides said.

As a result, Ferrell-Benavides said she called police.

"We did not want to cause any discomfort to the individuals and the employees who were working in that area," Ferrrell-Benavides said. "That we need to make sure we had a police officer to remain there to keep him from pushing his way back in again."

Mayor Sam Parham said the "disruptions and tug of war needs to stop." He also said "the problem" is Pritchett "knowing his responsibilities as treasurer."

Council member Charles Cuthbert said he was concerned by the allegations.

"It troubles me greatly, because of the checks and balances and lack of verification," Cuthbert said.

City Treasurer Ken Pritchett did not want to comment on camera, citing his pending lawsuit against the city.

However, Pritchett said there were people around when he was counting the drawers. He also said part of his job is to randomly check petty cash, adding he said he gave notice he was going to do the check.