Outer Banks residents wait for floodwaters to recede; Dorian moves out to sea 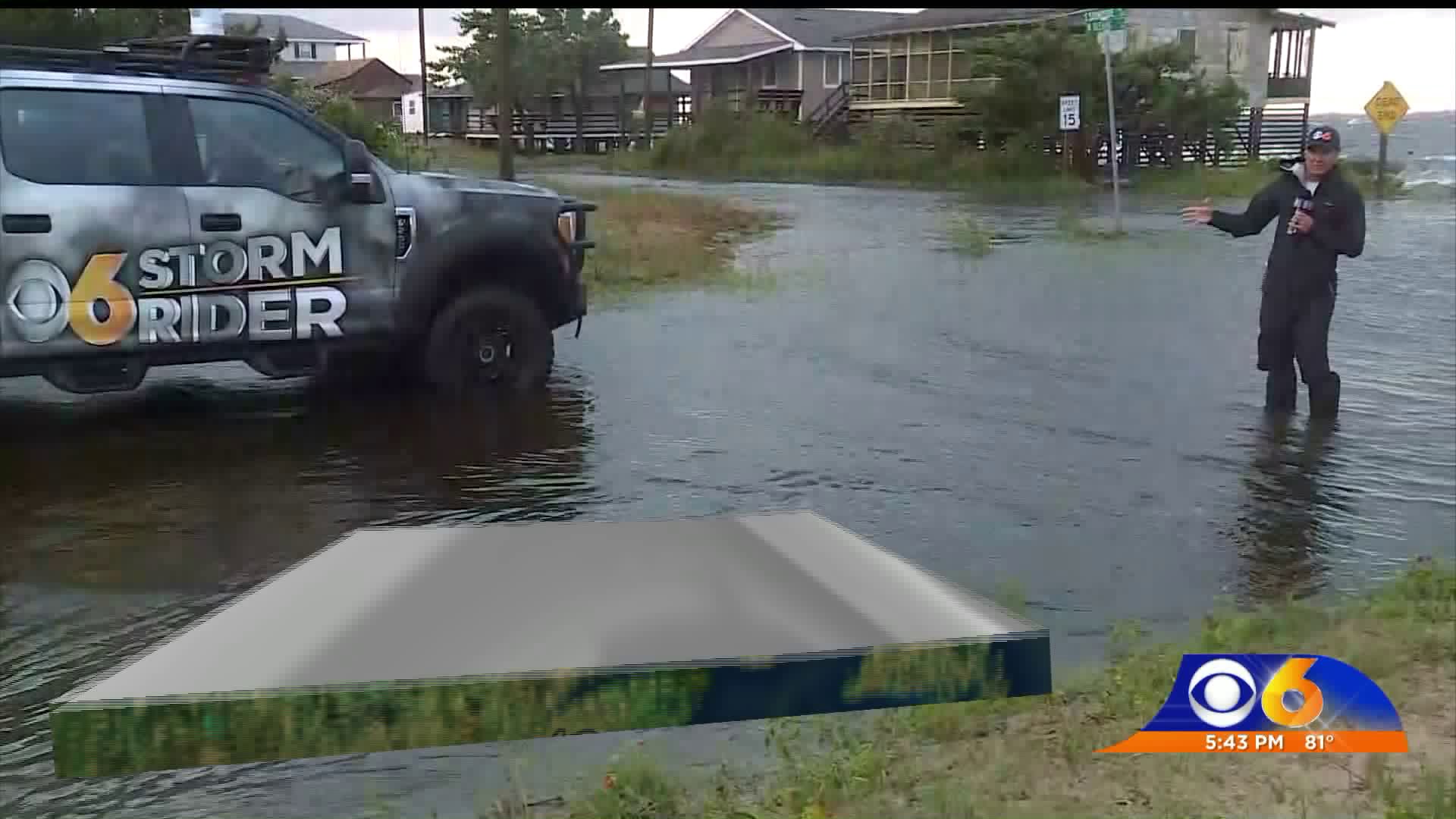 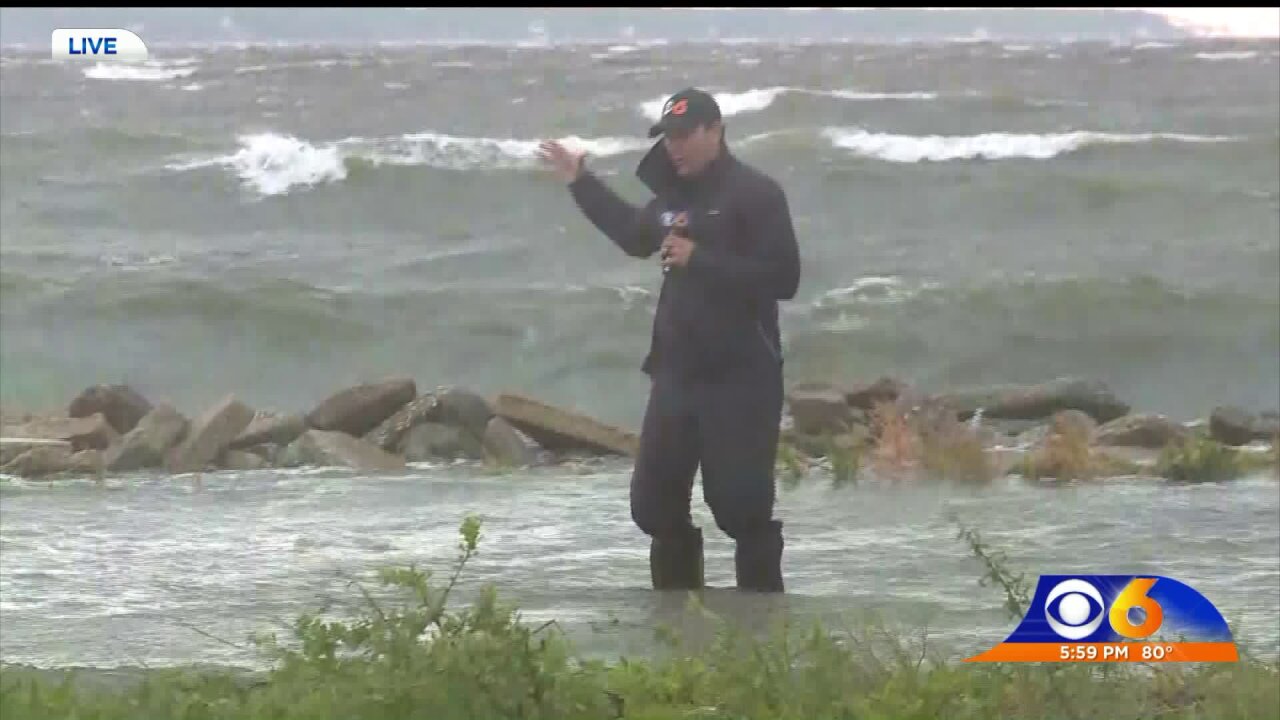 OUTER BANKS, NC -- Floodwaters from Hurricane Dorian on North Carolina's Ocracoke Island receded Friday afternoon, easing concerns for people who were stuck much of the day in their homes.

The Category 1 storm made landfall over Cape Hatteras at 8:35 a.m. ET with maximum sustained winds near 90 mph, causing flooding in parts of Hatteras and nearby Ocracoke.

Feet-high floodwaters had covered yards outside homes on Ocracoke early Friday, social media images show. Jason Wells snapped photographs from his home's upper level of the virtual lake in his yard and said the flooding "is by far the worst I have ever seen or heard about" in his 40-plus years there.

"There are people that have had knee to waist-deep water in their houses," he told CNN Friday morning.

"Several people were rescued from their upper floors or attics by boat, or from Good Samaritans," Wells said.

Much of the water receded by Friday afternoon and about 2 feet of water remained on the island as of 4 p.m.

Sheriff's deputies, medics and emergency management workers were sent to the island to help people from their homes, the Hyde County Sheriff's Office said.

County officials planned to provide air travel off the island for people who can make it to Ocracoke's small airport, they said. Details on when that would happen had yet to be released.

Friday should be the last day Dorian inflicts serious damage in the United States, after it devastated the northern Bahamas and pounded parts of the US southeast coast.

As of 2 p.m. ET, Dorian's eye was over the Atlantic, well off North Carolina's coast, moving northeast.

It could cross Canada's Nova Scotia province as a post-tropical, hurricane-strength cyclone by Saturday night. 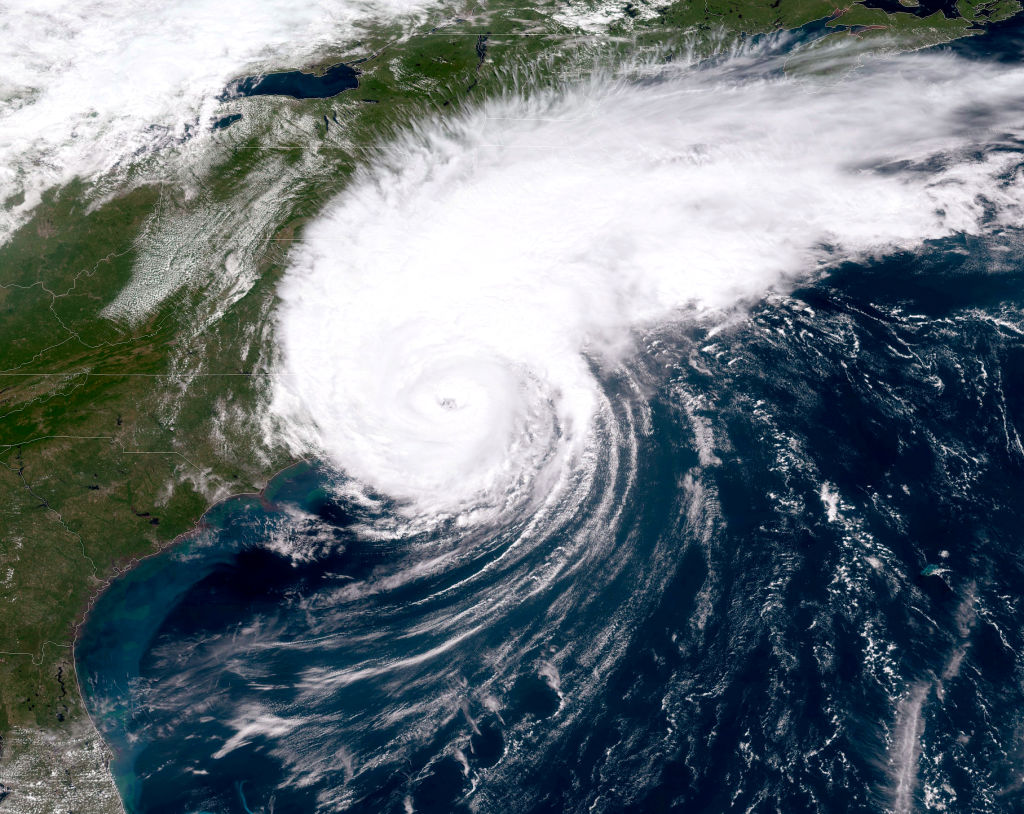 Flooding on Ocracoke and Hatteras islands

Since Thursday, Dorian has flooded parts of the Carolinas and spawned a number of tornadoes, as well as lashed Virginia with winds and rain. Almost 240,000 people were without electricity service Friday afternoon in South Carolina, North Carolina and Virginia, according to poweroutage.us.

Parts of North Carolina may receive several more inches of rain Friday, for two-day totals up to 15 inches, forecasters said.

Floodwaters were surrounding Deborah Lacks' home on Ocracoke Island Friday morning. Video that she shared to Twitter showed the water lapping up against the house and vehicles parked outside.

Earlier in the week, Dorian flattened homes and wiped out neighborhoods in the northern Bahamas, leaving at least 30 people dead. It then closed in on the southeastern coast of the United States, where five deaths have been blamed on the storm so far.

Tornadoes struck along the coast Thursday

At least 24 tornado reports were made in South Carolina and North Carolina as the hurricane hit those states this week, especially on Thursday. Twisters toppled mobile homes and left debris strewn for acres.

Tornadoes are common in the thunderstorm bands of hurricanes and tropical storms.

North Carolina resident Byron Cox was in his mobile home in Emerald Isle when a tornado approached Thursday. His home was still standing, but his father's home was destroyed, he said.

"All of a sudden I didn't feel it (any) more. I looked outside, and the tornado ... (was) going through the back. ... Debris flying everywhere. Never saw anything like this in my entire life."

Tornadoes hit parts of South Carolina, where firefighters say one damaged an unspecified number of vehicles and buildings in North Myrtle Beach.

"Yes, today was Dorian Day in Charleston, and I am happy to bid him farewell," Mayor John Tecklenburg said Thursday. "To the hundreds of officials, and the outstanding citizens of Charleston, thank you. Tomorrow, we all unite as Team Charleston to recover."