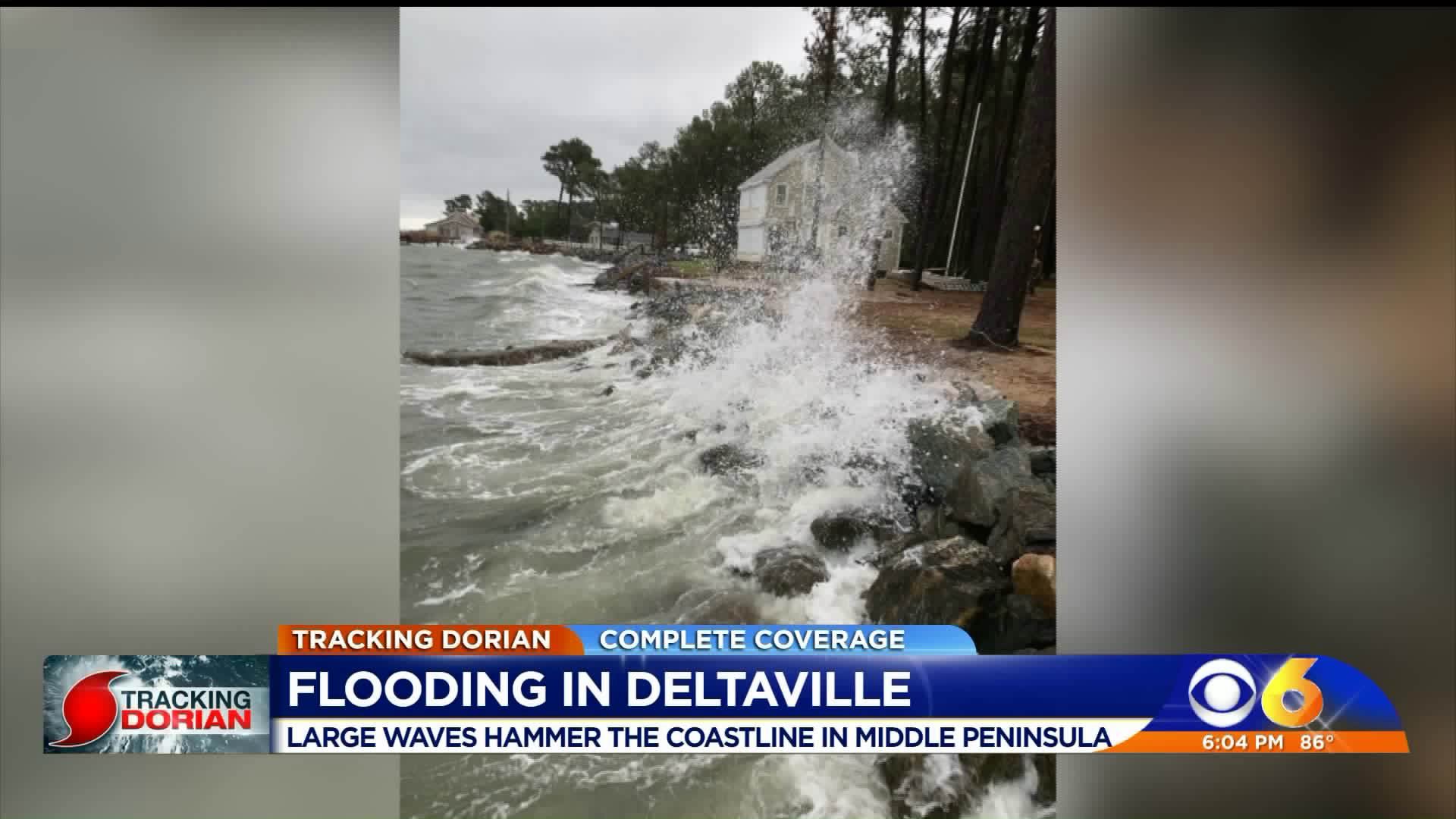 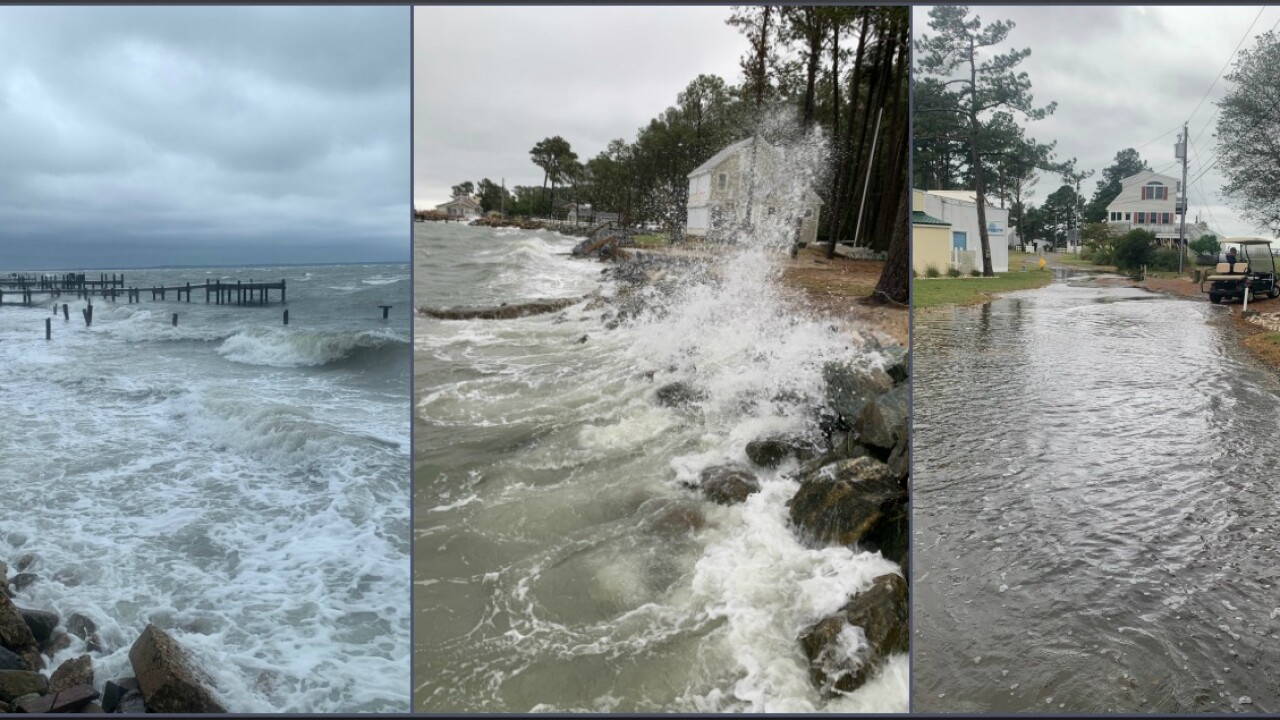 DELTAVILLE, Va. -- Large waves were hammering the coastline in Deltaville Friday afternoon as Hurricane Dorian continues to church off the coast Virginia.

Scott Stech, who lives along Riverside Drive in Deltaville, said the waves were between 3 and 4 feet Friday afternoon.

Photos from Stech show whitecaps on the bay as the incoming waves pound the pier and shoreline.

A coastal flood warning remains in effect until midnight for the counties of Gloucester, Middlesex, Mathews and York on the Middle Peninsula.

One to three feet of inundation is possible in low-lying areas along the  Chesapeake Bay and tidal waterways, National Weather Service officials warned.

"Widespread flooding of vulnerable areas will result in an elevated threat of property damage to homes and businesses near the waterfront and shoreline," officials said. "Water will
be 1 to 3 feet above ground level in some areas resulting in a sufficient depth to close numerous roads and threaten homes and businesses. Flooding will extend inland from the
waterfront along tidal rivers and bays resulting in some road closures and flooding of vehicles." 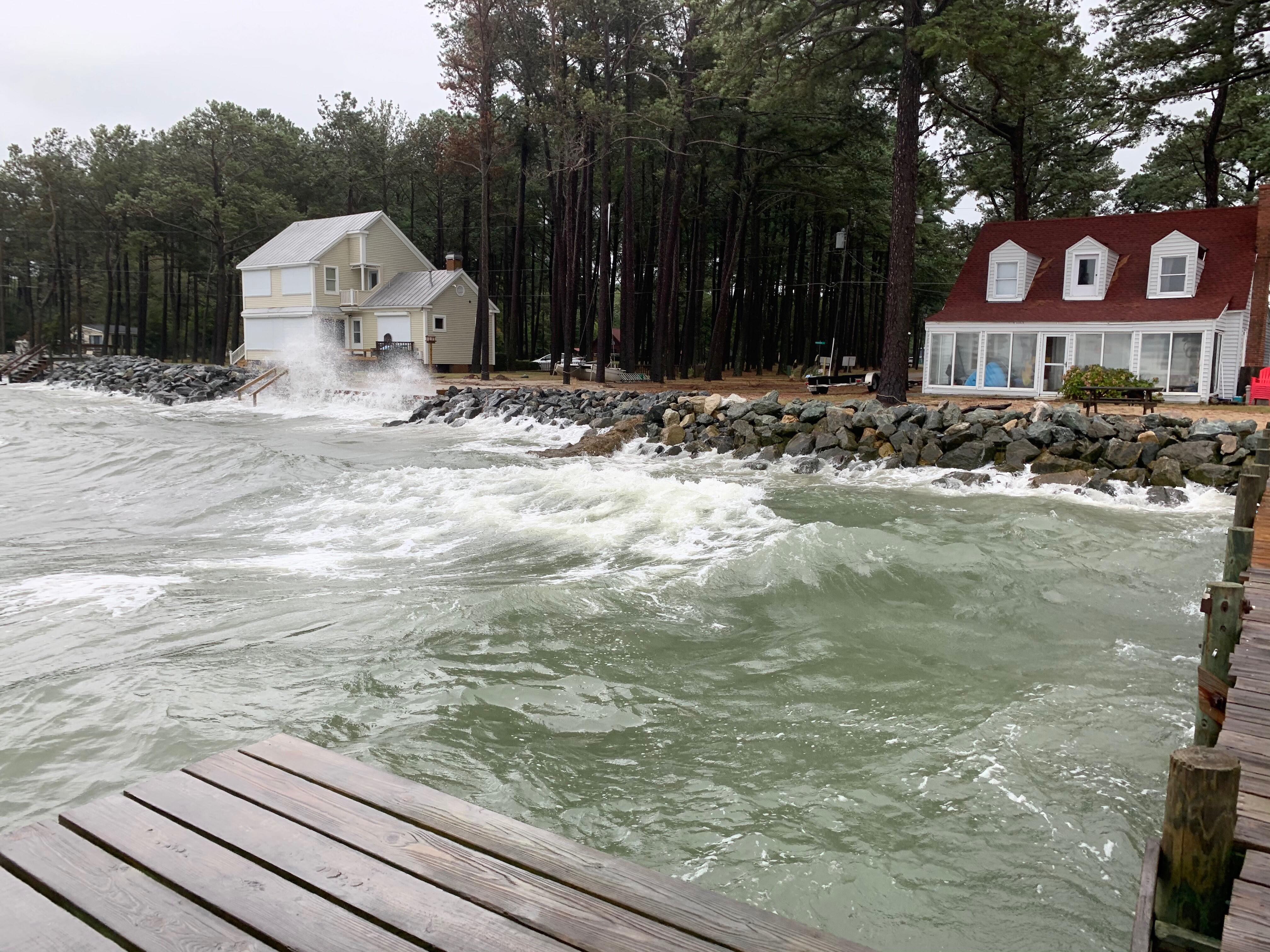