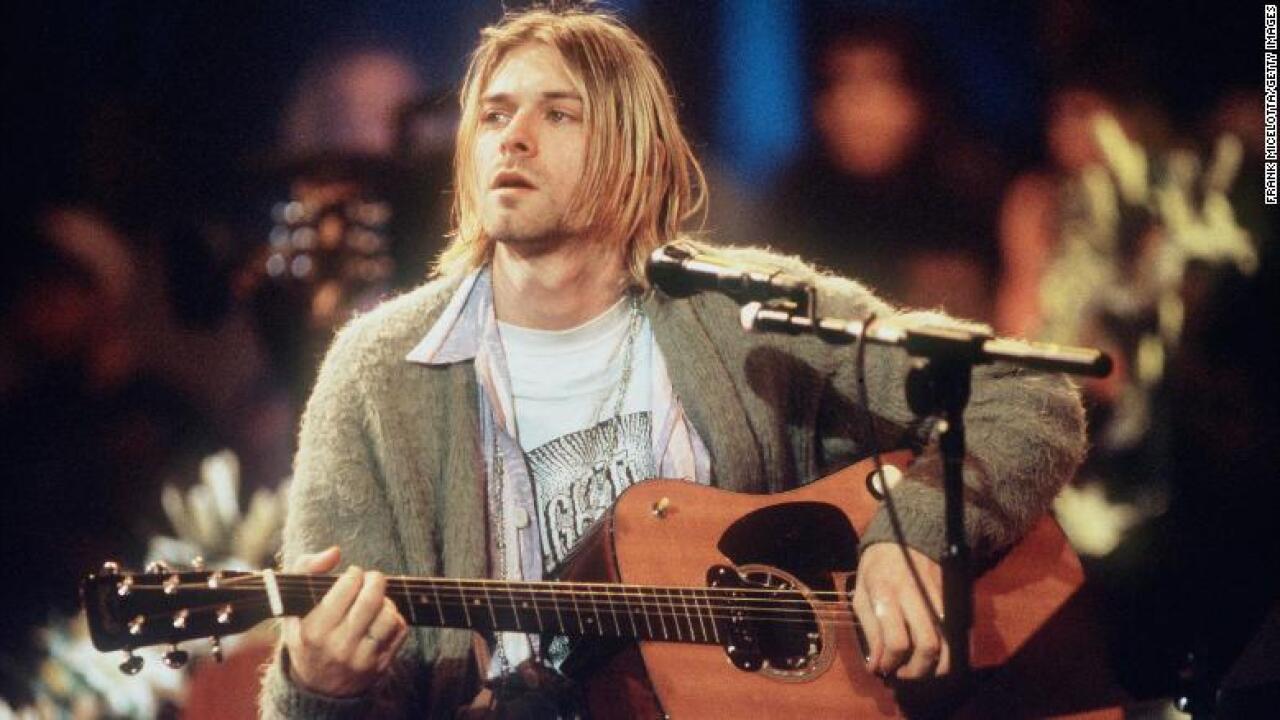 Kurt Cobain of Nirvana during a taping of MTV Unplugged in 1993.

Kurt Cobain of Nirvana during a taping of MTV Unplugged in 1993.

Staffers at this Seattle record store are used to coming across rare finds. But they never thought they would find a royalty check made out to Nirvana’s lead singer, Kurt Cobain.

Easy Street Records found a check from Broadcast Music Inc. that was made out to Kurt D. Cobain of Olympia, Washington. It was dated March 6, 1991, a few months before Nirvana made it big with its rock album “Nevermind.”

Store owner Matt Vaughan said he was tidying in the basement when he found the uncashed $26.57 check tucked in a collection of the rock band’s tour itineraries. He had bought the itineraries along with a box of records back in 1993.

“Last week, I was moving some stuff around and guess found a moment of reflection, sat there in the basement and flipped through every page,” he told CNN. “That’s when these thin pieces of paper dropped out.”

Royalty check found at Easy Street today. #kurtcobain @nirvana This is dated 03/06/91, 6 months before #nevermind would change the face of the planet. We’re guessing the next royalty checks were a bit larger than only…. $26.57

Cobain’s royalty check isn’t the only thing Vaughan and his staff have found.

Inside the collection was also a $177 rent money order receipt of Cobain’s from 1990.

Vaughan pointed out that the money order was wedged in between Cobain’s itineraries from 1992. Over the last few days, Vaughan has been questioning why Cobain would carry an old money order around on tour.

“It’s almost like these were reminders to him — or good luck charms — of harder times of what he had gone through,” said Vaughan, who said he also found a backstage pass with Cobain’s name on it, and a medical bill.

Money order #kurtcobain to his landlord recently found at Easy Street Records. $177 rent, dated 09/04/90 a year before #nevermind would go onto change music as we know it. Doubtful he had anymore money orders to landlords. RIP Kurt, we will always miss u. You changed the game, your music will last forever. #seattlelove #aberdeenlife #olympiawashington @nirvana

He’s not just a rock star. He’s a cultural icon.

“He represents more than just our little city,” Vaughan said. “There’s much more to it.”