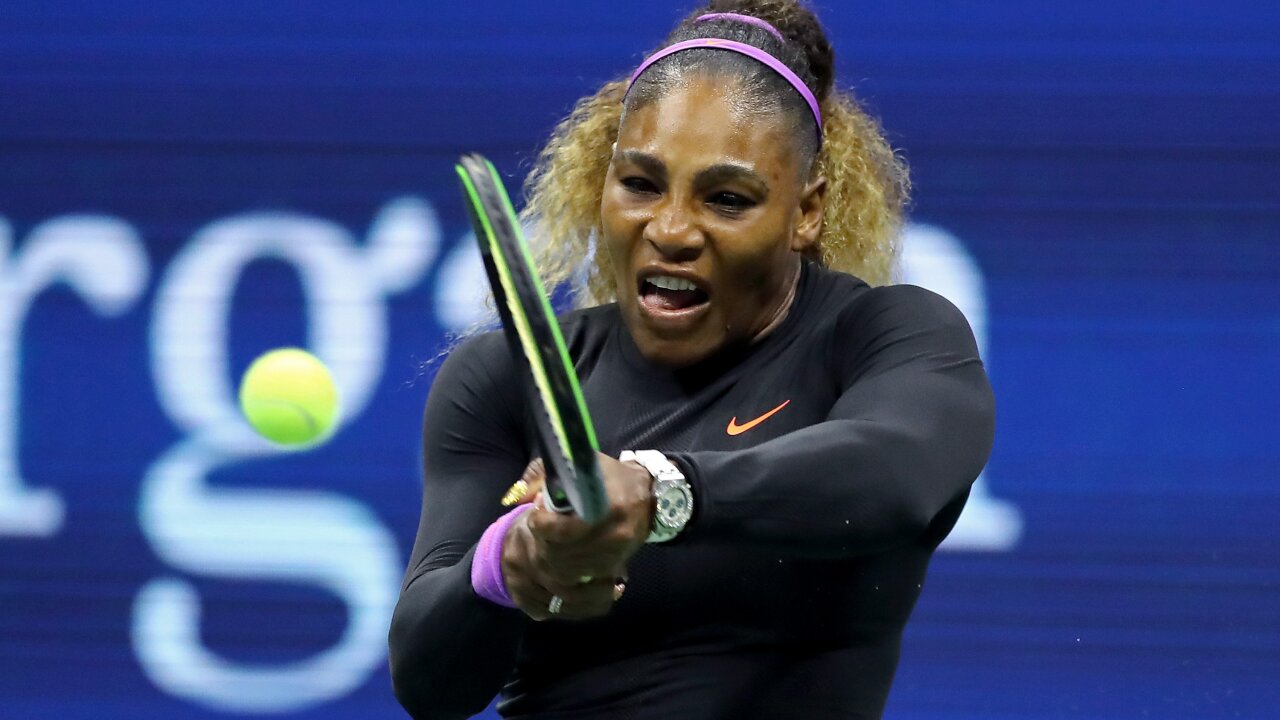 Serena Williams moved into a 10th US Open final and picked up a record-equaling 101st win in New York by routing Elina Svitolina 6-3, 6-1 but the number she might still be preoccupied with is 24.

Serena Williams moved into a 10th US Open final and picked up a record-equaling 101st win in New York by routing Elina Svitolina 6-3, 6-1 but the number she might still be preoccupied with is 24.

Collecting a 24th major Saturday would tie the American with Margaret Court for tennis’ all-time lead, and the 37-year-old is hoping to get over the finish line after losing her last three grand slam finals — which had never previously happened in her storied three-decade career.

The latest setback occurred at Wimbledon in July, when Williams was stopped thanks largely to the brilliance of Simona Halep. The Romanian committed a miniscule three unforced errors in the final.

Svitolina is a similar type of counterpuncher, but the fifth seed from Ukraine paid the price for not capitalizing on her early opportunities under the lights of Arthur Ashe stadium.

The Wimbledon semifinalist earned three break points straight away, didn’t convert, then was broken from 40-0 to trail 2-0. Those first two games took an extended 15 minutes.

There was more woe for Svitolina and her player box — which included her boyfriend, Gael Monfils, who lost in the quarterfinals Wednesday — when she couldn’t break from 40-0 on the Williams serve at 3-1.

That really was her last chance to gain a foothold.

“I don’t think she played amazing,” Svitolina told reporters. “But she played very high level at the beginning where you had to make a difference. I think that’s what really made a difference today.”

Williams booked a spot in the final almost exactly 20 years after appearing in her first grand slam final at the 1999 US Open. That gap is a record — another record she owns.

Svitolina won the last time they faced off, though Williams was suffering from a shoulder injury back then at the Rio Olympics in 2016.

Williams tied Chris Evert for top spot in US Open victories. She has spent an economical one hour, 54 minutes combined on court in her last two matches, crushing China’s Wang Qiang in the quarterfinals and surrendering only one set en route to the final.

Putting a knee injury behind her, Williams moved supremely well at the Rogers Cup in Toronto in August and looks to have overcome the back injury that forced her to retire in that final against Bianca Andreescu as well as the rolled ankle she sustained this week against Petra Martic.

She patrolled the court sublimely to bring up a break point at 1-1 in the second and even, rarely for her, served and volleyed.

Williams could face the 19-year-old Canadian upstart again if Andreescu tops Belinda Bencic in the second semifinal. Andreescu or Bencic will be appearing in a first grand slam final.

It’s all going so well for Williams but the question indeed is whether she can produce in the final and win a major for the first time since becoming a mom to daughter Olympia almost exactly two years ago.

Williams was once unbeatable in grand slam finals, winning eight straight from 2012-2015.

But twelve months ago, she controversially fell to Naomi Osaka at Flushing Meadows.

Though they lack in experience, the crafty pair of Bencic or Andreescu shouldn’t be taken lightly.

No one has tallied more top-five or top-10 wins this season than former teen prodigy Bencic — who beat Williams in 2015 and Osaka this week — while 15th-seed Andreescu has won 12 straight matches, and 22 if you discount a retirement loss to Anett Kontaveit in Miami in March.