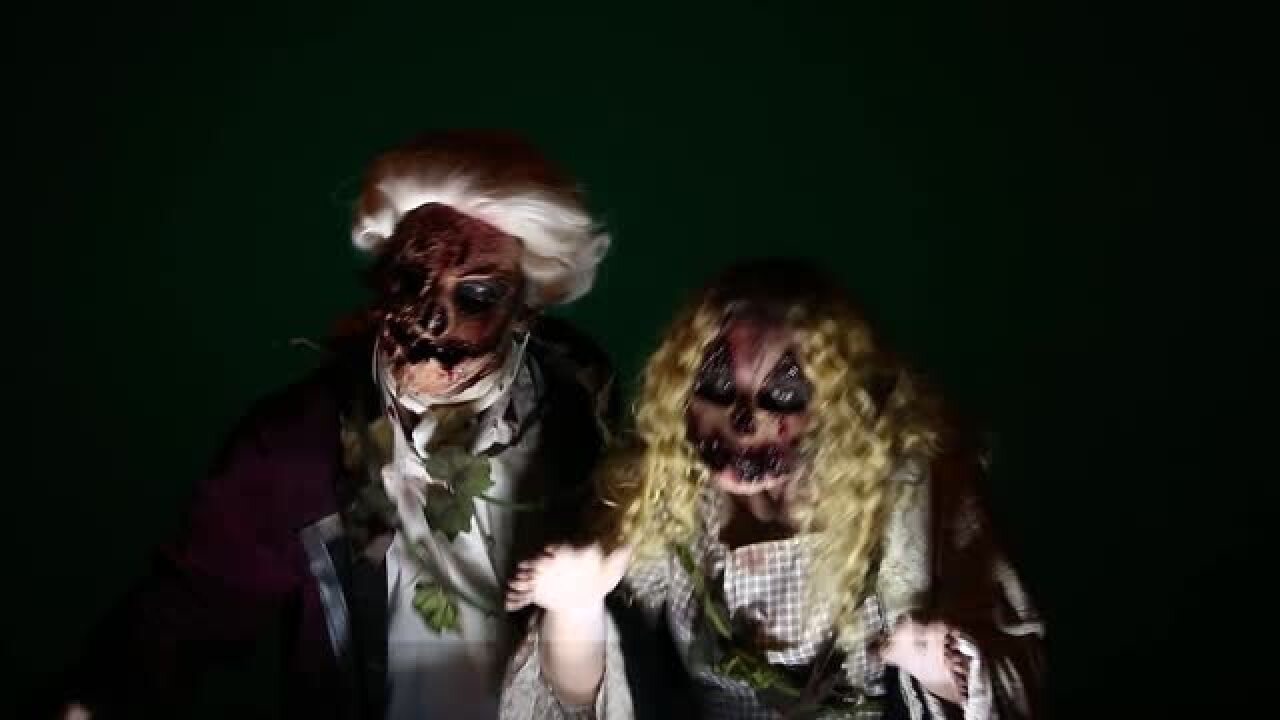 Her Royal Highness, the evil Queen Majesty, has decided to throw a ball like none other as she lays claim to the lands of the living and the dead. In what is bound to be the most prestigious ball ever thrown, Majesty is out to prove once and for all that every person and demon will eagerly follow her plan for domination. Part party, part scare zone, guests are invited to mix and mingle with the height of the undead high society and those 21 and older can dare to try the specialty cocktails. Be sure to grab a selfie with the Duke and Duchess, but beware; sometimes the mask is there for a reason.

In the last years of the Revolution, Peter Armstrong was a pumpkin farmer living off a winding road in the quaint woods of Virginia. Some say the spirit of a dead soldier possessed him and in an act of rage he murdered his wife with a bayonet. He hid her body inside one of his largest pumpkins, leaving her there to rot. Soon after he started seeing apparitions of his wife with the face of a jack-o-lantern. His rage not subsided, Peter went on to murder other victims, burying them all in the patch. The evil spirit in his body began to morph him into a pumpkin like creature. His victims too, began to rise and now haunt these once tranquil woods with their jack-o-lantern faces.

A new reign of terror is here, and the overthrow of the dark beings has begun – Queen Majesty has grown tired of the antics of her minion, Overlord, and has vowed to bring hellfire down upon his followers. This opening SCAREremony will take place every night of Halloween Haunt at 7p.m.

Join Queen Majesty and her Royal Court as they behead, one by one, the most loyal of Overlord’s subjects. Sometimes the executions do not go quite as planned, but they always end in a raucous musical celebration as her court of singers and dancers Put a Spell on You in this grand Ballroom Blitz. When the clock strikes midnight, the Overlord will finally meet his fate as Majesty makes one final cut in what is sure to be The Greatest Show.