Hurricane Dorian brings flooding and tornado threats along the Carolinas 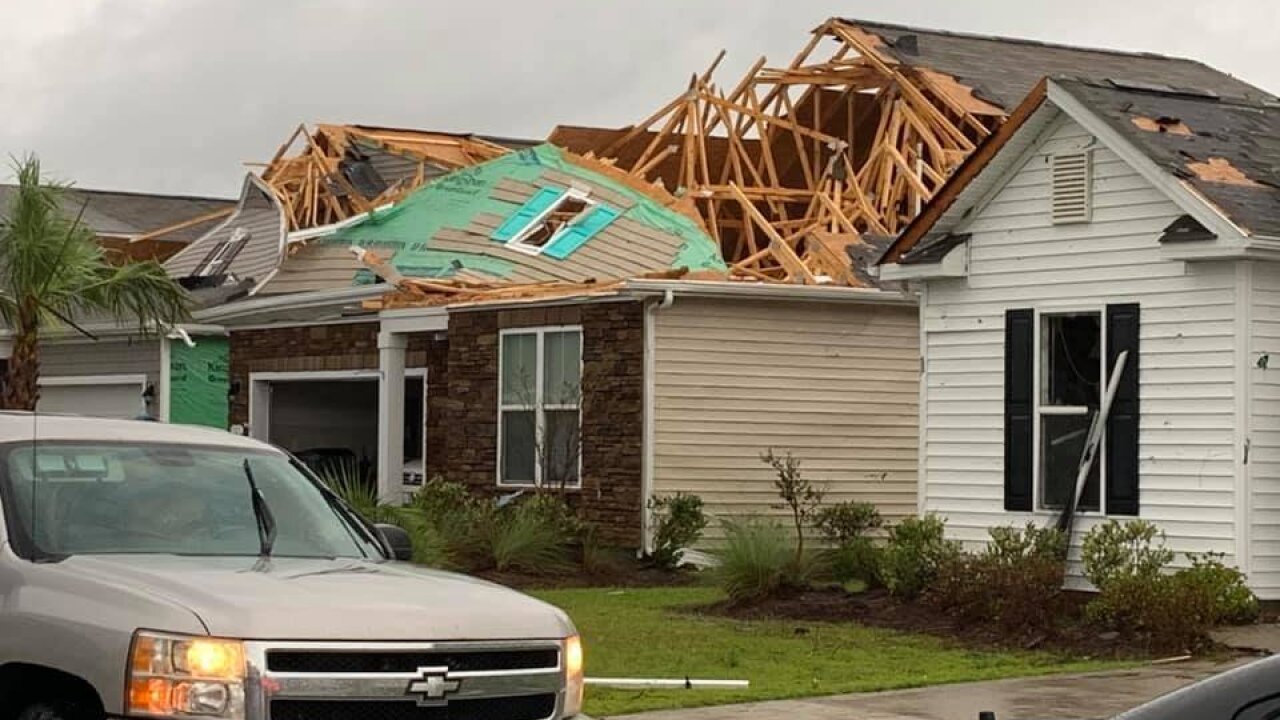 CHARLESTON, South Carolina — Hurricane Dorian is thrashing coastal South Carolina and threatening a whole day of fierce weather along the Carolinas’ shores, so far flooding streets in Charleston and spawning tornadoes in areas covered by the storm’s rain and winds.

The Category 3 storm’s center, with sustained winds up to 115 mph, was over the ocean some 70 miles off Charleston by 9 a.m. ET Thursday, looking like it would get a little closer to land before moving along the coast.

Even if the eyewall doesn’t cross land, it will get dangerously close. Rain was pummeling coastal areas including Charleston on Thursday morning, causing street flooding that probably will get worse. Up to 15 inches of rain could fall in Charleston, forecasters say, and storm surge could send 4 to 7 feet of water ashore, especially during the afternoon’s high tide.

“Water’s starting to rise and it’s actually coming up to some houses in the area,” storm chaser Aaron Jayjack told CNN from Charleston in the morning.

Floodwaters had covered some roads around north-central Charleston Thursday morning and were getting worse, Karen Moran said in video she recorded from an elevated floor.

More than 95,000 homes and businesses were reported without power Thursday morning in Georgia, South Carolina and North Carolina.

Meanwhile, tornado watches are in effect for the coastal Carolinas into Thursday afternoon, and the National Weather Service said radar was showing funnel clouds already were forming in parts of the two states.

Tornadoes appear to be hitting South Carolina and North Carolina

Several possible tornadoes already were being reported in parts of Carolinas Thursday morning, including one that firefighters say damaged an unspecified number of vehicles and buildings in North Myrtle Beach, South Carolina.

Wayne White captured video of the funnel cloud there. He said he was checking on some properties he manages in North Myrtle Beach when he saw it.

“I saw the circular clouds and was going to take a little video, and the funnel came out of nowhere,” he tweeted.

More than 1 million people in parts of South Carolina and North Carolina are under mandatory evacuation orders, forecasters said.

The storm’s eyewall could pass less than 40 miles from the Charleston County coast, said meteorologist Steve Rowley with the National Weather Service in Charleston.

South Carolina Gov. Henry McMaster declared a state of emergency, and the hurricane center warned of “life-threatening storm surge and dangerous winds, regardless of the exact track of Dorian’s center.”

Charleston Mayor John Tecklenburg said he wants the city to be a “ghost town” during the storm.

“Just stay put for another six or eight hours until this passes, and then we’re going to clean up and get back to normal quickly,” Tecklenburg told CNN’s John Berman.

The storm skirted Georgia’s coast late Wednesday and early Thursday. Georgia Gov. Brian Kemp issued a mandatory evacuation order for six coastal counties, and an emergency was declared for 21 counties in the state.

“Current predictions indicate that it may affect parts of Virginia,” Gov. Ralph Northam said. “I am declaring a state of emergency to ensure that localities and communities have the appropriate level of assistance, and to coordinate the Commonwealth’s response to any potential impact from Hurricane Dorian.”

Dorian is expected to remain a hurricane over the next few days, the hurricane center said Thursday morning.

Days ago, Dorian had been forecast to strike Florida the hardest. But it defied the forecast track, wreaked havoc on the Bahamas and has not caused significant damage along Florida’s coast.

Although the state avoided a direct hit, three Florida residents died in incidents related to storm preparations, including a 55-year-old Ocoee man who fell while trimming trees around his house, local officials reported.

As Dorian spins along the southeastern US coast, another storm is churning in the Atlantic.

Current forecasts do not show it affecting land anytime soon. The storm is not expected to strengthen over the next couple days but could slowly intensify by the weekend, the hurricane center said.