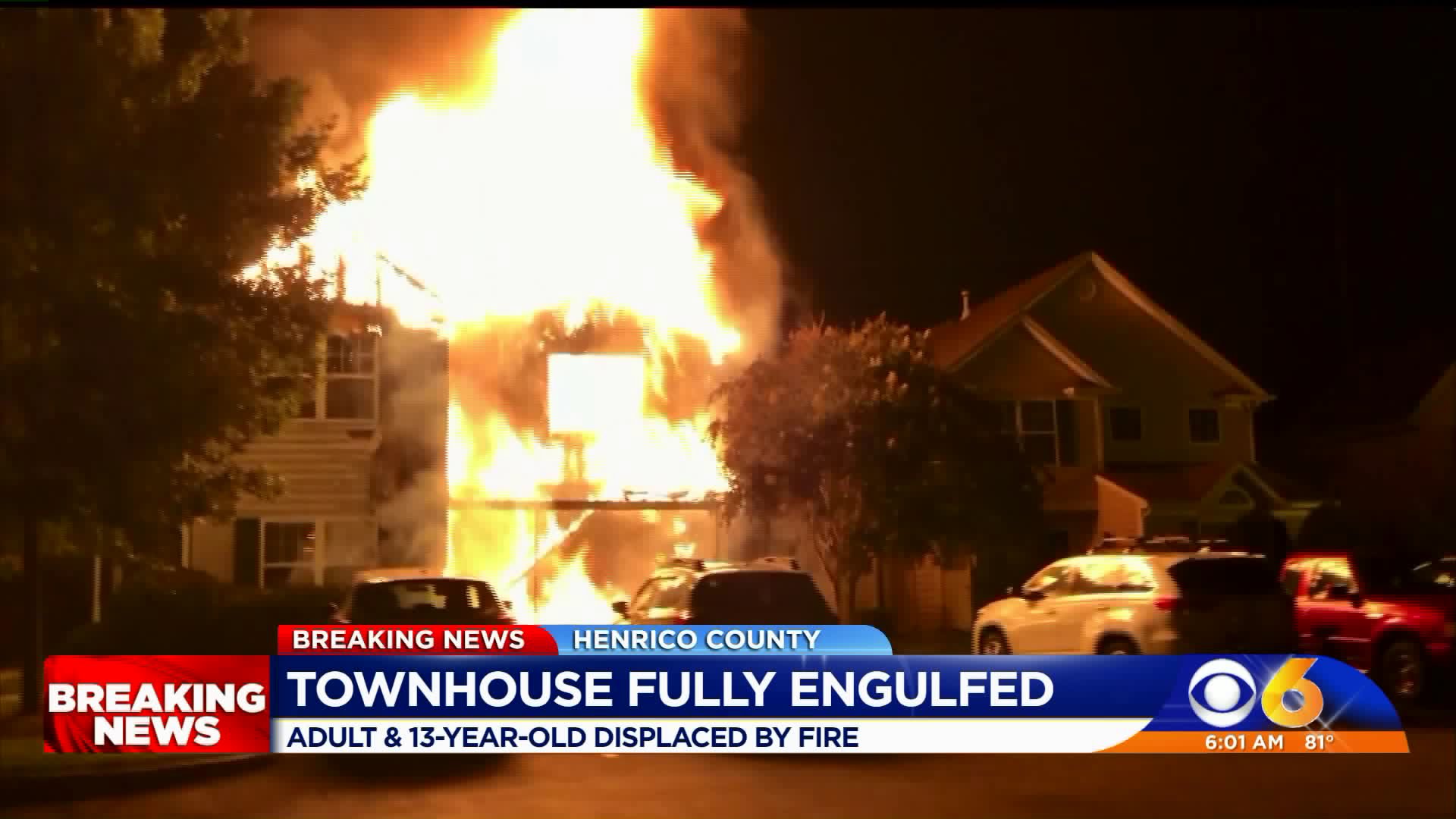 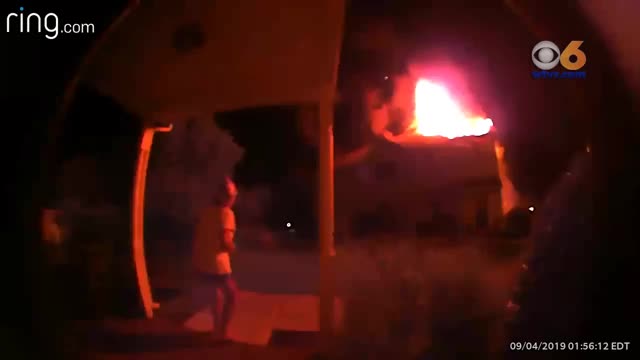 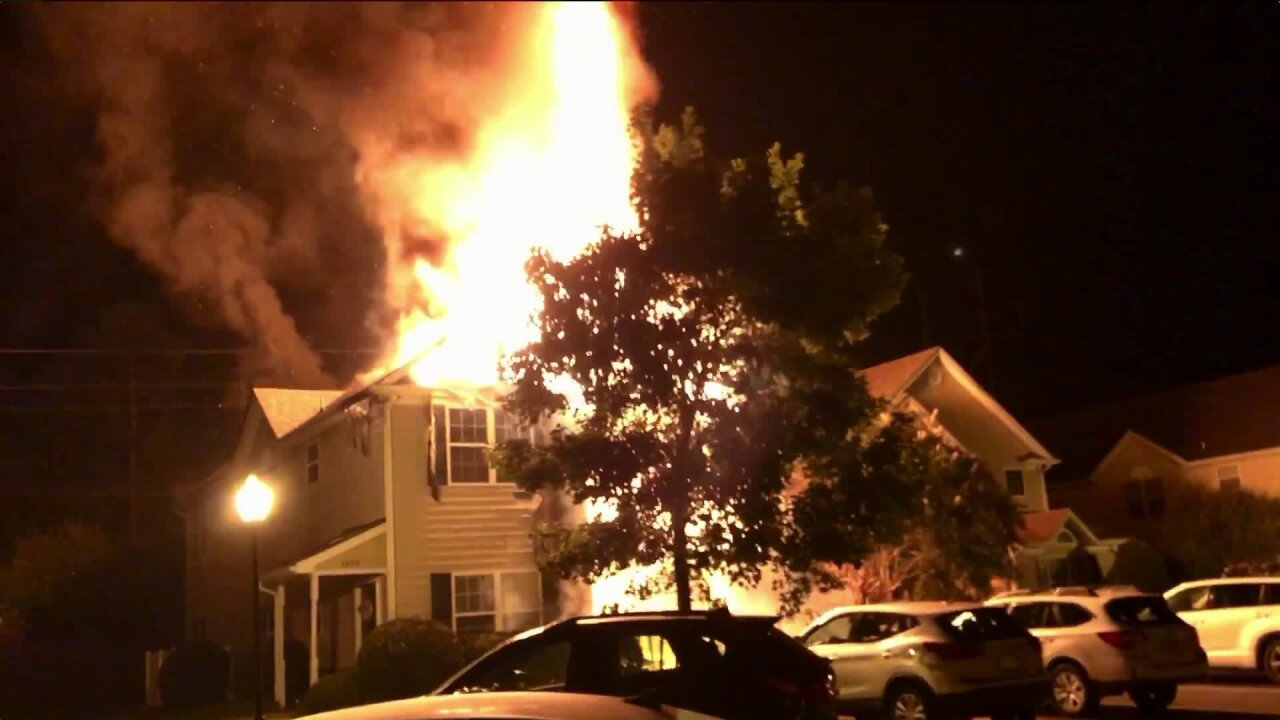 HENRICO COUNTY, Va. -- A couple in their 70s, a mother, and her 13-year-old child escaped a burning Twin Hickory townhome early Wednesday morning in Glen Allen.

When firefighters arrived to the Twin Hickory Lake Drive townhouse before 2 a.m., they found flames shooting through the roof.

"A couple in their 70s did not have a working smoke alarm and woke when they began coughing from the smoke," a Henrico Fire spokesperson said. "The couple lives in a first-floor apartment and was not able to exit out of their door but instead had to go out of a window from their first floor apartment."

The couple was taken to VCU Medical Center due to smoke inhalation. Their conditions have not been released.

A neighbor told CBS 6 the teenager child, who was on the second floor of the townhouse, was able to alert his mom and escape. Medics treated both mother and child at the scene for smoke inhalation.

The Red Cross was called to help the fire victims find housing.

The fire was marked under control at about 3 a.m.

Still an active scene after a town home was engulfed in flames in Henrico.

We have details coming up on @CBS6 This Morning. pic.twitter.com/yBb51G5n87