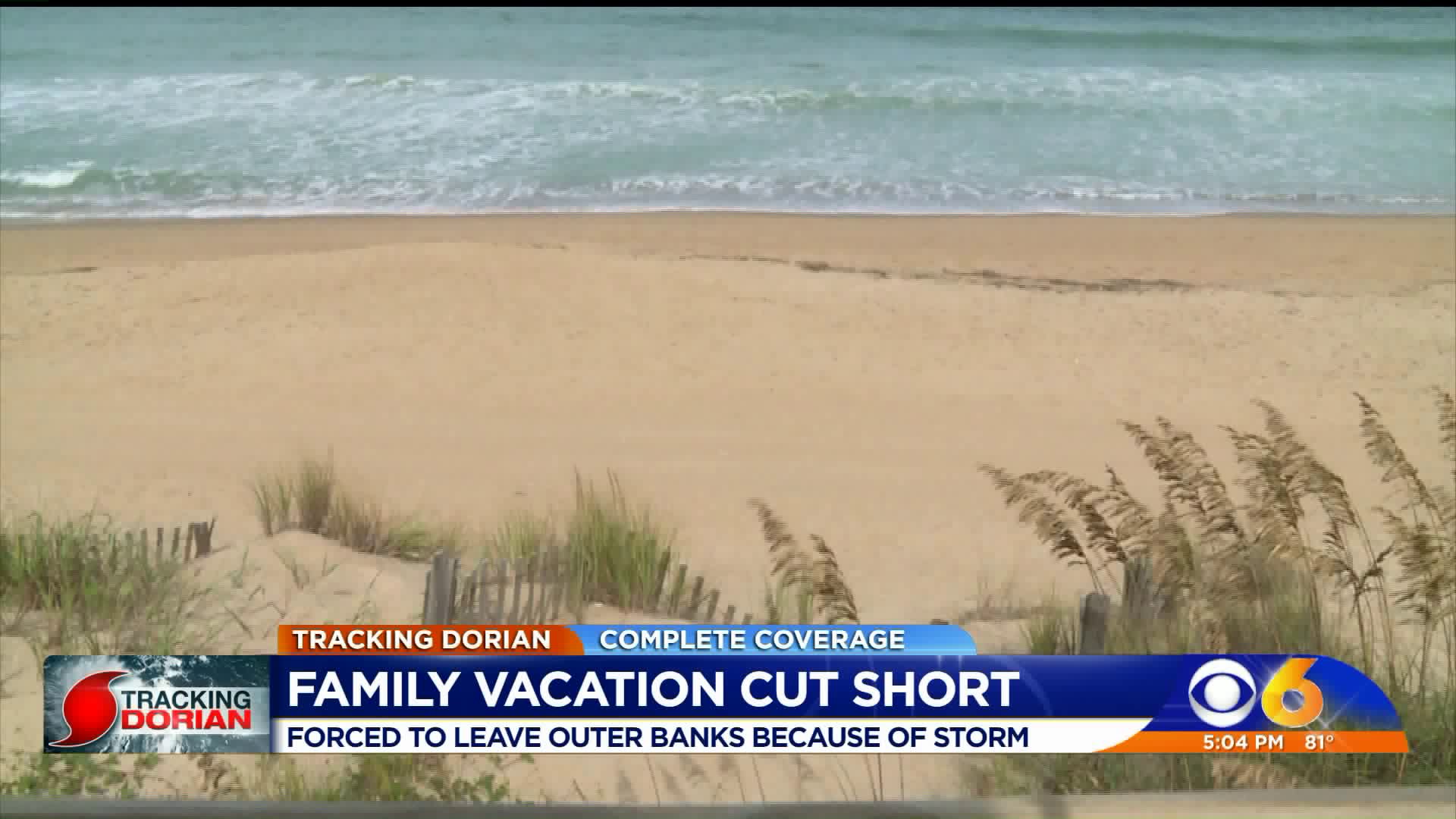 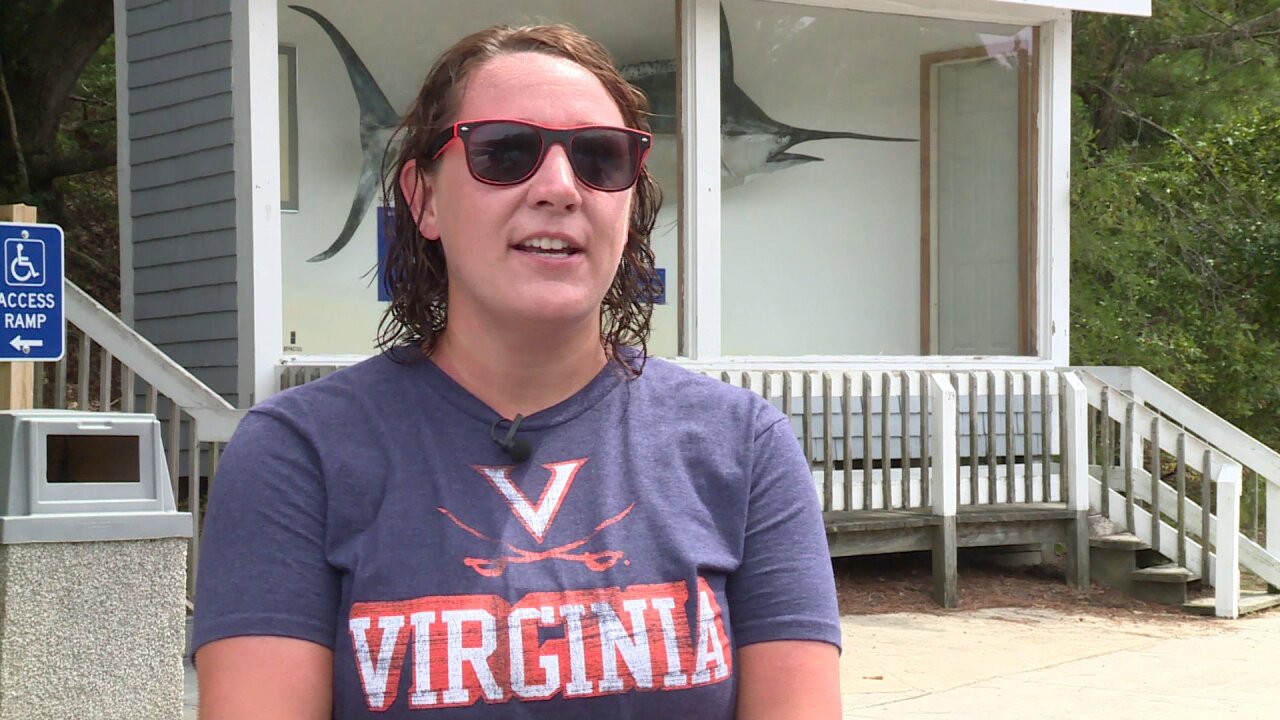 KILL DEVIL HILLS, N.C. -- Krista Weissbart woke up at 6 a.m. Wednesday to head to the beach in Kill Devil Hills and capture the final sunrise of her family vacation, a brilliant array of blues, purples, and especially reds.

With Hurricane Dorian’s path heading toward the North Carolina coast, Weissbart, who lives in Richmond, was one of thousands who cut vacations short.

"Heard an old wives’ tale that says a red sunrise means troubles brewing!” Weissbart said of the sunrise. “I hear about [Dorian], but I didn’t think it would impact us until maybe Monday when we got an evacuation order for Tuesday.”

Wednesday afternoon, a steady stream of cars with luggage racks and trailers headed toward the main exit of the popular tourist location and businesses began covering large glass windows with plywood.

"I tried to go shopping this morning and I think I missed the time because a lot of stores were open but starting to board up,” Weissbart said.

Officials said those who choose to ride out the storm should anticipate sustaining themselves for 72 hours after the storm passes through because emergency crews will not be able to reach them due to washed out roadways and high winds.

Still, many locals Wednesday said they plan on staying. Once Dorian turned north and began to weaken, many local residents felt like it would not be the worst storm they have seen. Decades of dealing with power outages and flooding have made many locals immune to the calls to leave.

“Without fail, what will happen is if the water comes up and there is a surge, that’s the first place it breaks through and it just erodes the dunes all the way down,” said Jim Schrader, who owns two homes by the beach in Kitty Hawk. “I don’t think the ocean water is going to be that bad, but I think the sound could be a problem.”

Weissbart is sad her family had to leave the beach early and head back to Richmond, but she said at least Dorian’s approach provided a memorable ending to her trip.

“It is disappointing to cut the vacation short, but it is cool.  I live in Richmond, so I don’t really get that type of weather there,” Weissbart said.

🌀 Track Dorian with the Interactive Hurricane Tracker on WTVR.com.