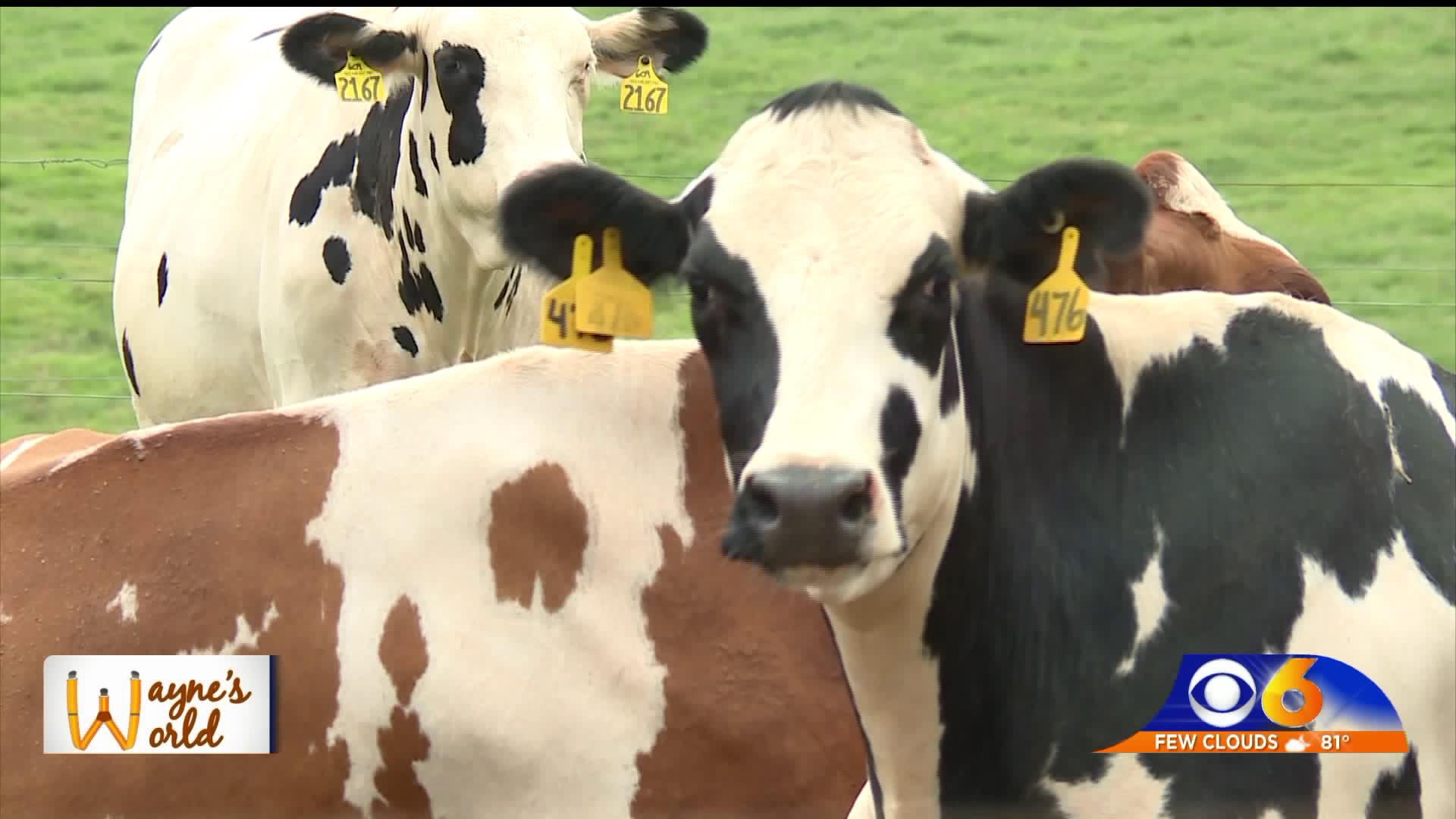 DINWIDDIE COUNTY, Va. -- Thirty-four years ago this month, some of the biggest names in music held a benefit concert in Champaign, Illinois, to try to pump some life into a dying American tradition: family farming.

The Farm Aid festival has been held annually ever since and has raised millions of dollars to help farmers stay on their land.

But for many, this way of life remains endangered.

“It’s heart-wrenching,” said Hugh Jones, a fifth-generation farmer whose family has owned acreage on the Dinwiddie-Nottoway line for centuries.

“A lot of farmers are going out of business because commodity prices have been so bad."

And dairy farmers, like Jones, have been hit particularly hard.

A major culprit: milk prices. After years of growth, they took a nosedive in 2014, and haven’t recovered.

Family-owned farms, like the Jones’, also have new corporate competitors, like Walmart, which has recently started producing its own milk.

“The last five years, milk income has not been covering our cost of production,” said Jones.

“So basically we've been cutting out labor and trying everything we can to save, but we're having to borrow money. We've been going in debt more and more.”

That means most of the work on the 540-acre Richlands Dairy Farm falls on the shoulders of family members.

And things got even more difficult this past May, when a storm caused catastrophic damage to a specially-designed barn that housed more than 100 cows.

A crushing blow, to a family that is, and always has been, passionate about their herd.

“We love our cows, we love to be with them every day,” said Brittany Jones, Hugh’s daughter-in-law.

But passion wasn’t paying all the bills, so about two years ago, the family gathered to discuss the future. They decided a change and a new method of distribution was necessary.

"I think the more foolish thing would have been to keep on farming the way we were farming,” said Jones.

The family elected to bet the farm on a new business venture, hoping that the cream would rise to the top.

An official groundbreaking took place in March 2018 and was heralded by state leaders.

“[The Jones family's] commitment to investing in Virginia’s farmers and agricultural products will further strengthen our economy, churn out new jobs, and pave the way for entrepreneurs with unique business models,” said Gov. Ralph Northam at the time.

The creamery opened its doors this past June.

In addition to ice cream, it sells multiple types of milk – whole, 2%, creamline, and, of course, chocolate – directly to the consumer.

For the Jones family, it’s a $1.7 million investment in their community, and themselves.

"Building the creamery is either going to make us financially viable or we put up the whole 540 acres as collateral,” said Jones. “If we don't get enough support at the creamery, we're going to go broke."

Two months in, the jury is still out, but there is reason for optimism.

“We've been able to pay all of the creamery bills,” said Drinkwater. “We haven't had to borrow any money for that and that's promising.”

"Every time I come up 460, I'm stopping and getting milk,” said George Gaskins. "It's the closest thing to actually getting it from the farm and being able to drink it."

But for the good of the entire farm, the creamery’s customer base needs to continue to grow.

"By the start of the new year, we need to be picking up wholesale accounts and moving 25% or more of the milk out of here,” said Drinkwater.

"If we do this wrong, we could lose the land that's been in our family since the mid-1700s.”

Learn more about the Richlands Dairy and Creamery here.