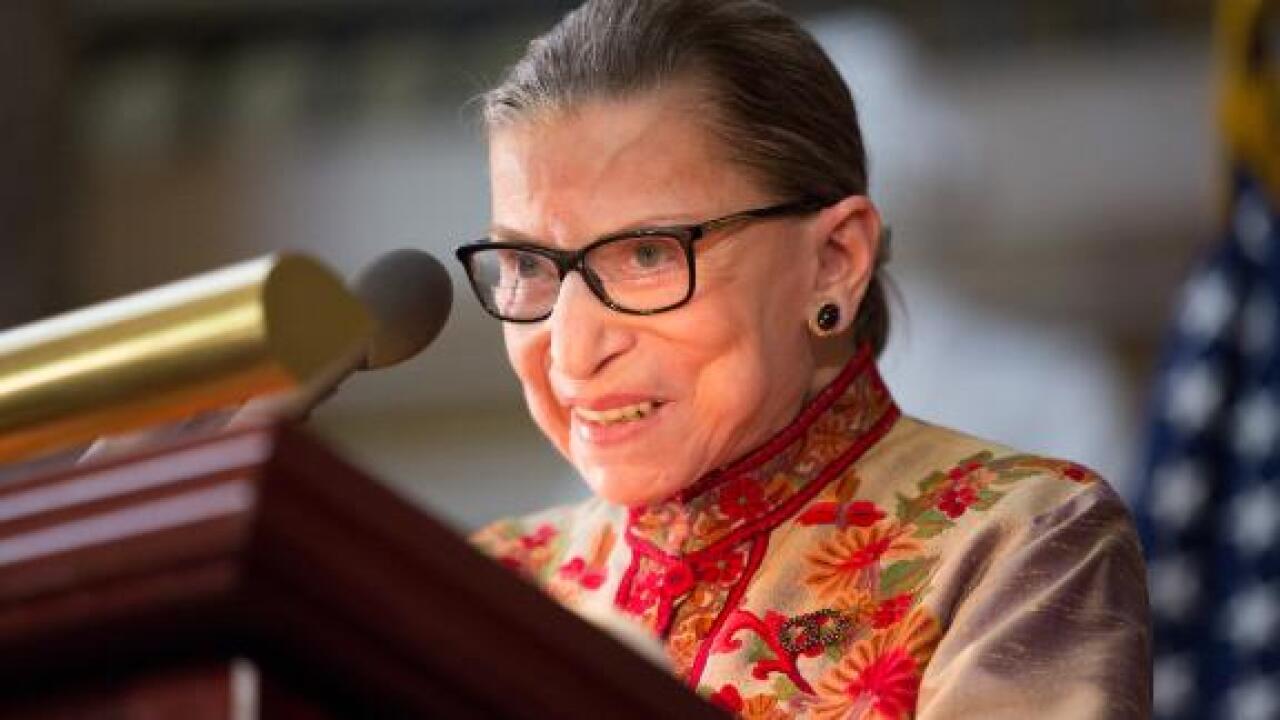 Twenty-six years after President Bill Clinton nominated Justice Ruth Bader Ginsburg to the Supreme Court, the two shared the stage again Tuesday as the former President praised his appointee for her landmark opinions and “amazing” dissents, while also displaying a hint of envy for her late-in-life iconic status as the “Notorious RBG.”

“You could become resentful of such a person,” Clinton joked, “but you’re not.”

“All of us hope that she will stay on the court forever,” he told a crowd in North Little Rock, Arkansas, at an event hosted by the Clinton Presidential Center.

The remarks came just days after Ginsburg announced she had been diagnosed, for the fourth time, with cancer. On August 23, the 86-year-old leader of the liberal wing of the Supreme Court said she had undergone treatment for pancreatic cancer. In a release, the court’s public information officer said the tumor had been treated definitively and “there is no evidence of disease elsewhere in the body.”

On Tuesday night Ginsburg said, “I am pleased to say that I am feeling very good tonight.”

Asked why she hadn’t canceled the event so close to her treatments, she said she had promised the Clinton Library that “I would be here.” She was cut off by a standing ovation from an audience that had earlier chanted, “RBG! RBG!”

The moderator, Nina Totenberg of National Public Radio, inquired how Ginsburg keeps going despite her health setbacks. The justice responded, “I think my work is what saved me because, instead of dwelling on my physical discomfort,” she would concentrate on an opinion or briefs.

“I know I have to just get it done,” Ginsburg said.

After her latest bout with cancer, Ginsburg canceled her annual vacation but has kept up a full round of appearances in the weeks before the start of a blockbuster term that will feature cases on the Second Amendment, immigration, LGBT rights and possibly abortion and health care. The term is set to begin the first week of October. Between now and then, Ginsburg is scheduled to make appearances in Chicago, New York City and Raleigh, North Carolina.

Ginsburg spent the bulk of her talk, as she often does, describing cases she had argued as a young lawyer fighting for gender equality. Referencing those early cases, Clinton said in his remarks that even before he had nominated Ginsburg to the bench she “had already proved herself a hero.”

Last month at a separate appearance, when asked about retirement plans, Ginsburg said, “I’ve always said I’ll stay on this job as long as I can do it full steam.”

Ginsburg was confirmed by the Senate on August 3, 1993, and took her oath for the Supreme Court a week later. She was the second woman ever appointed to America’s highest court, after Justice Sandra Day O’Connor, who served from 1981 to 2006.