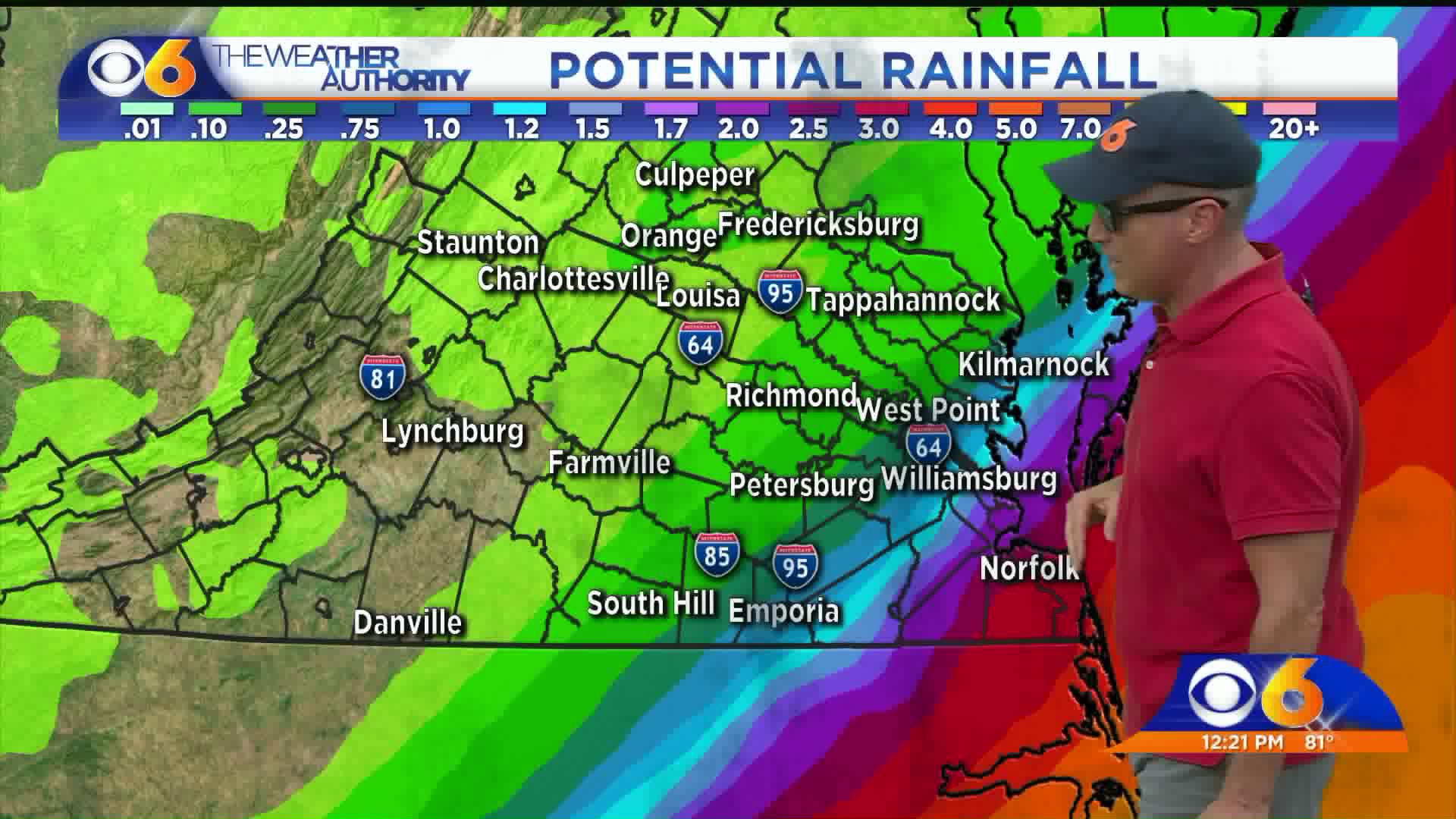 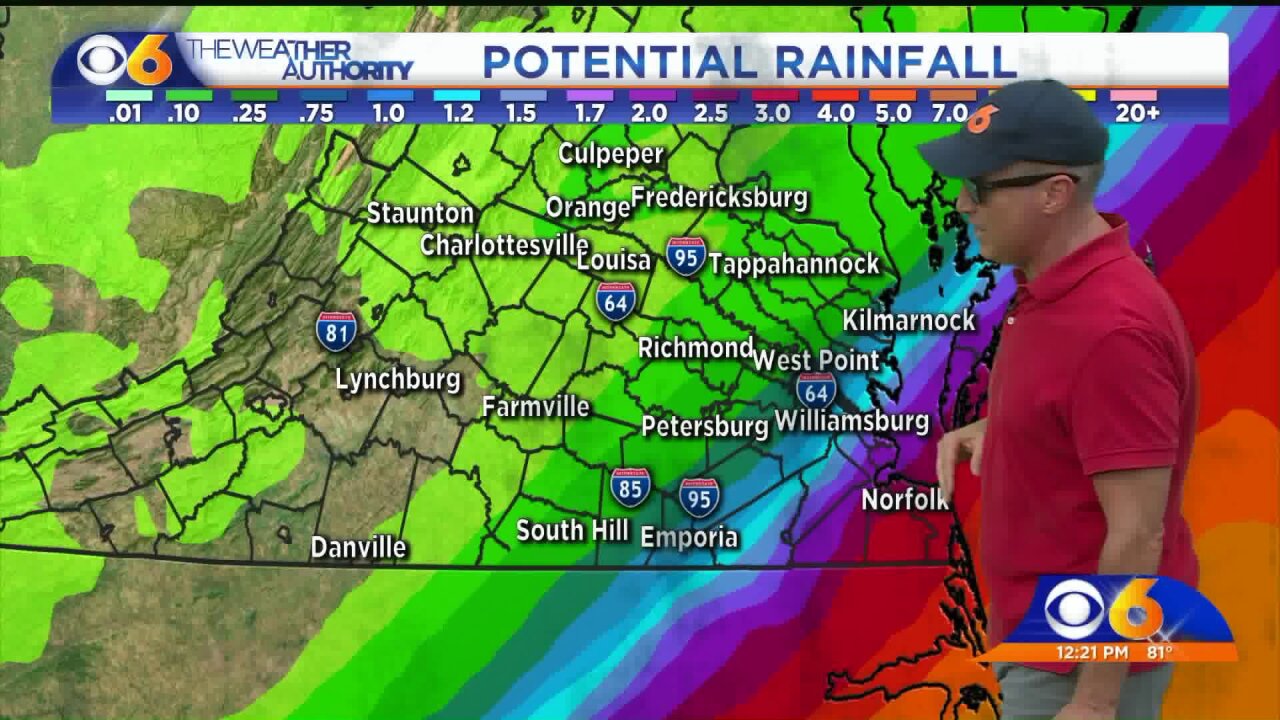 RICHMOND, Va. -- Our Thursday weather will depend on Hurricane Dorian’s path. As of now, it looks like enough moisture will move north to interact with the front, bringing us some rain Thursday into very early Friday morning. The heaviest rain will likely be across southeast Virginia. At this time, it’s hard to determine whether we’ll see much wind from the system, but the most significant impacts will be felt in the Hampton Roads area late Thursday into Friday. As it stands now, gusts to 30-35 mph are possible in Metro Richmond and 35-50 mph along the coastal Northern Neck late Thursday night and early Friday.

We should clear out rather quickly Friday afternoon, with much drier air moving in for the weekend.

Dorian remains a category 2 hurricane and is just over 100 miles east of West Palm Beach, Florida. The Storm is moving to the NW at 2 MPH. The storm is expected to stay just east of the Florida coast from Monday night through early Wednesday.

The official forecast track keeps the storm close to the coast as it moves north, so there remains the danger of a landfall if the track shifts farther west. The threat increases for the Outer Banks of North Carolina by Thursday afternoon. A lot will depend on the development and movement of an upper level trough that will bring a surface cold front through our area. That front should ultimately push the storm away from the Virginia coast on Friday.

It’s important to note that there is still a lot in question with regards to the ultimate track and more adjustments are likely over the next few days, so stay in touch for updates. Additional details can be found in the CBS 6 Hurricane Tracker.

Hurricane Dorian is finally crawling away from the Bahamas, leaving terrible damage. 'We are in trouble,' lawmaker says

Hurricane Dorian was finally inching away from the northern Bahamas after lingering over them for days, leaving catastrophic flooding and damage as it pounded the same areas over and over.

Dorian winds and outer rain bands already are hitting parts of Florida's Atlantic coast, which will feel more of the storm over the coming two days.

Still, Dorian's eyewall was carving up parts of Grand Bahama even as it slowly moved away Tuesday. Since it smashed into the Abaco Islands as a Category 5 storm on Sunday, it has knocked homes to the ground and flooded streets in the northern Bahamas, claiming the lives of at least five people since the weekend, including an 8-year-old boy.

"Whatever you can send, we'll take it, because we are in trouble," he said.

Dorian -- the strongest hurricane ever to make landfall in the Bahamas -- moved only 30 miles in 30 hours from Monday into Tuesday, mercilessly raking the same areas with destructive storm surge and winds.

By 11 a.m. ET Tuesday, Dorian finally was heading slowly to the northwest. By the time the storm moves away, parts of the Bahamas will have received more than 30 inches of rain, forecasters said.

Dorian no longer is expected to make landfall in Florida, but coastal residents there will still feel its impact, CNN meteorologist Robert Shackelford said.