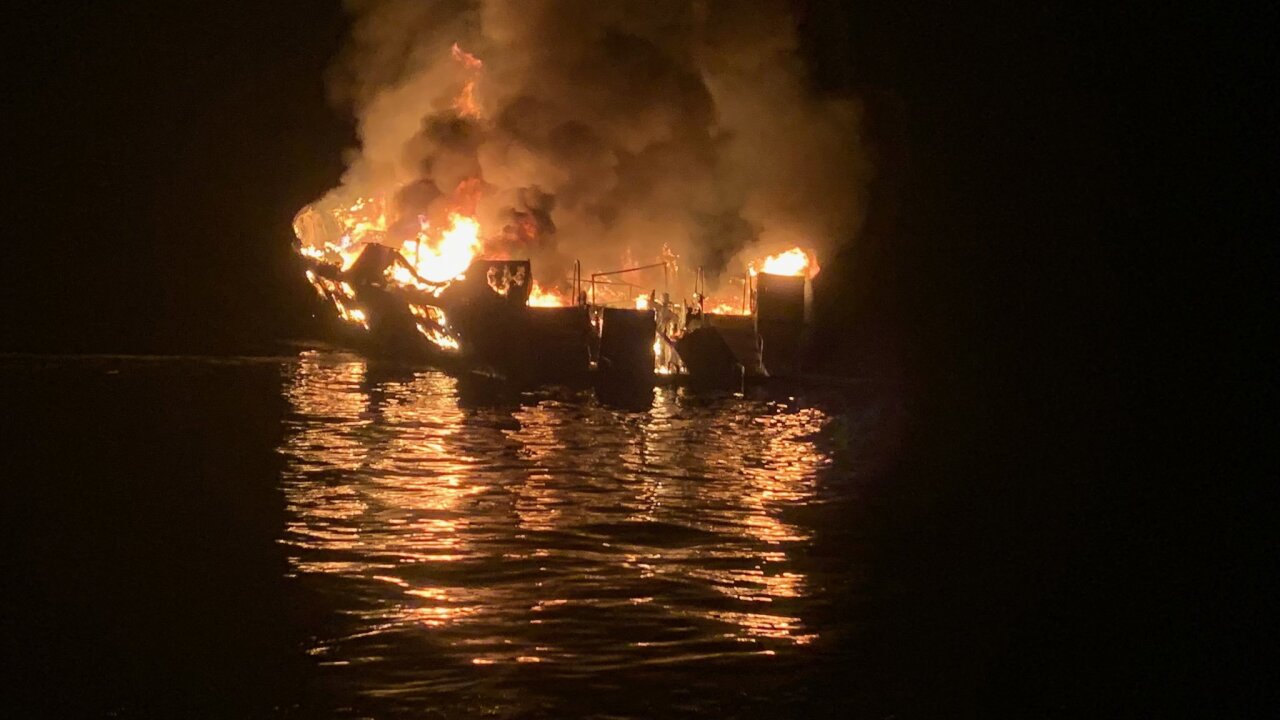 The 75′ Conception, based in Santa Barbara Harbor, caught fire early 9/2 while anchored off Santa Cruz Island, multiple agencies responded. 5 people were rescued and 34 are missing.

Bob and Shirley Hansen were on a fishing trip when they woke up around 3 a.m. Monday to the sound of someone beating on the side of their boat.

Bob looked over the side and saw five people in their underwear, he told CNN affiliate KEYT-TV. Then he saw another boat in the distance, fully engulfed in flames. Hansen said he immediately called the Coast Guard.

“Flames probably 30 feet high. It was totally gone,” he said.

The Hansens were able to rescue the five crew members who made their way to their boat. Twenty people have been found dead so far, and 14 are missing.

Bob Hansen told CNN’s Anderson Cooper that several of the crew members were crying, and one had a broken leg. Hansen said he and the Conception’s captain hailed the Coast Guard, but the diving boat was fully engulfed in flames.

“There was nothing I could do,” he said.

Shirley Hansen said some of the rescued crew members told them about events on the boat before the fire. One said that a 17-year-old girl on the Conception was celebrating her birthday with her parents, she told KEYT.

“It was such a hopeless, helpless feeling to watch that boat burn and know there were only five people at our boat and there was nothing we could do,” she said.

She said the crew members didn’t have any form of communication on them — no keys or phones — and she hopes they get plenty of help.

Bob told KEYT he doesn’t feel he deserves to be called a hero.

“I was just a guy there in that place. I would hope that anybody would do the same thing,” Bob said, adding that he wishes he could have saved everyone on board the Conception.