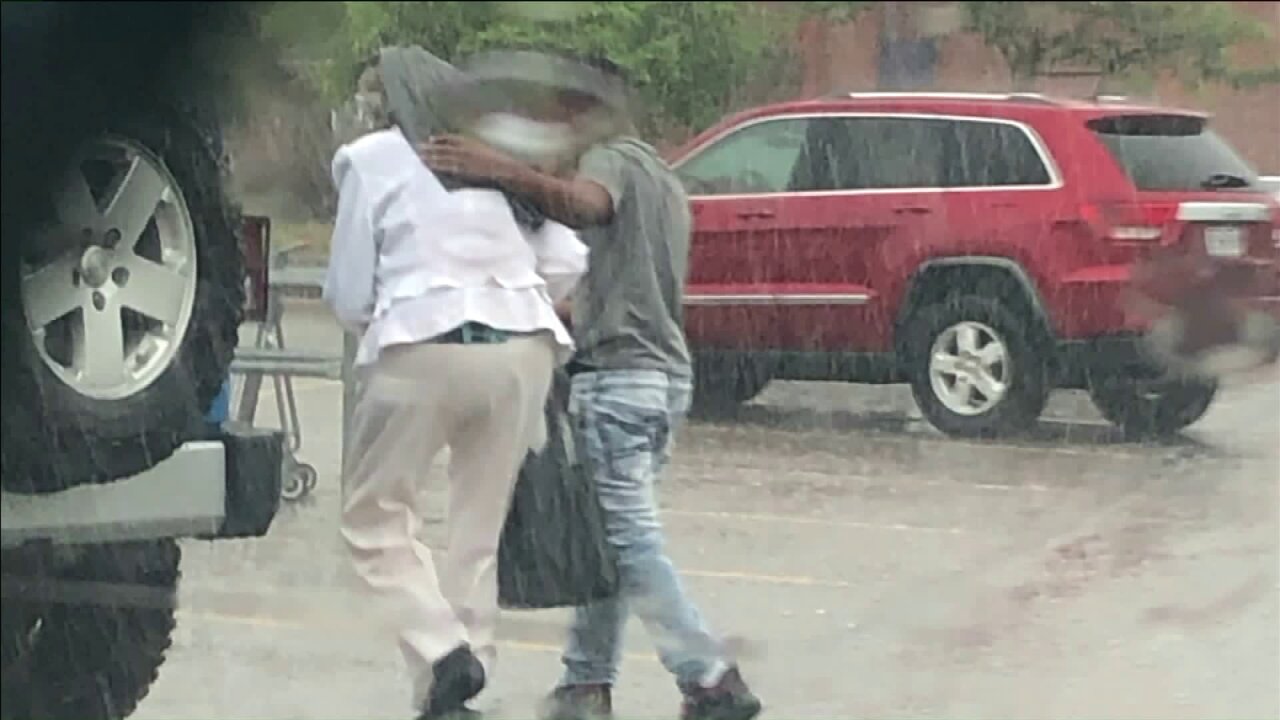 INDEPENDENCE, Mo. — Police are asking for help to find a teenager, but not because he did anything wrong.

They want to find him because of a moment of kindness being shared and appreciated on social media.

Officer Joe Holt with the Independence Police Department stopped for a bite to eat when he saw a teen helping a woman in need in the parking lot.

“It was pouring down rain, and all the sudden I see this teenager running across the parking lot, taking his coat off,” Holt said.

Holt sat back in his patrol car in awe of the teenager as he draped his jacket over the woman struggling to get out of her car. Then the teen helped her walk the rest of the way across the parking lot.

He followed the teen back to his mom’s van, where he described to her what her son had just done.

“She teared up pretty good. It was a moment between the both of us. I mean I teared up a little bit. I’m a parent as well. So, I told her that I was very impressed with him and that he should be proud,” Holt said.

Holt took a picture of the moment and shared it on Facebook. The post has been shared thousands of times.

Now, Holt hopes to talk to the teen.

“As much love that kid displayed that day, that kid could go places. And I think he could set an example for what society needs to be,” he said.

He wants to reward the young man with dinner.

“He’s the hero. I’m just the photographer in this situation. So it’s wherever he wants to go. It’s on my dime. So he can pick,” Holt said.

Holt said the teen can reach out to the Independence Police Department to take Holt up on the free meal.