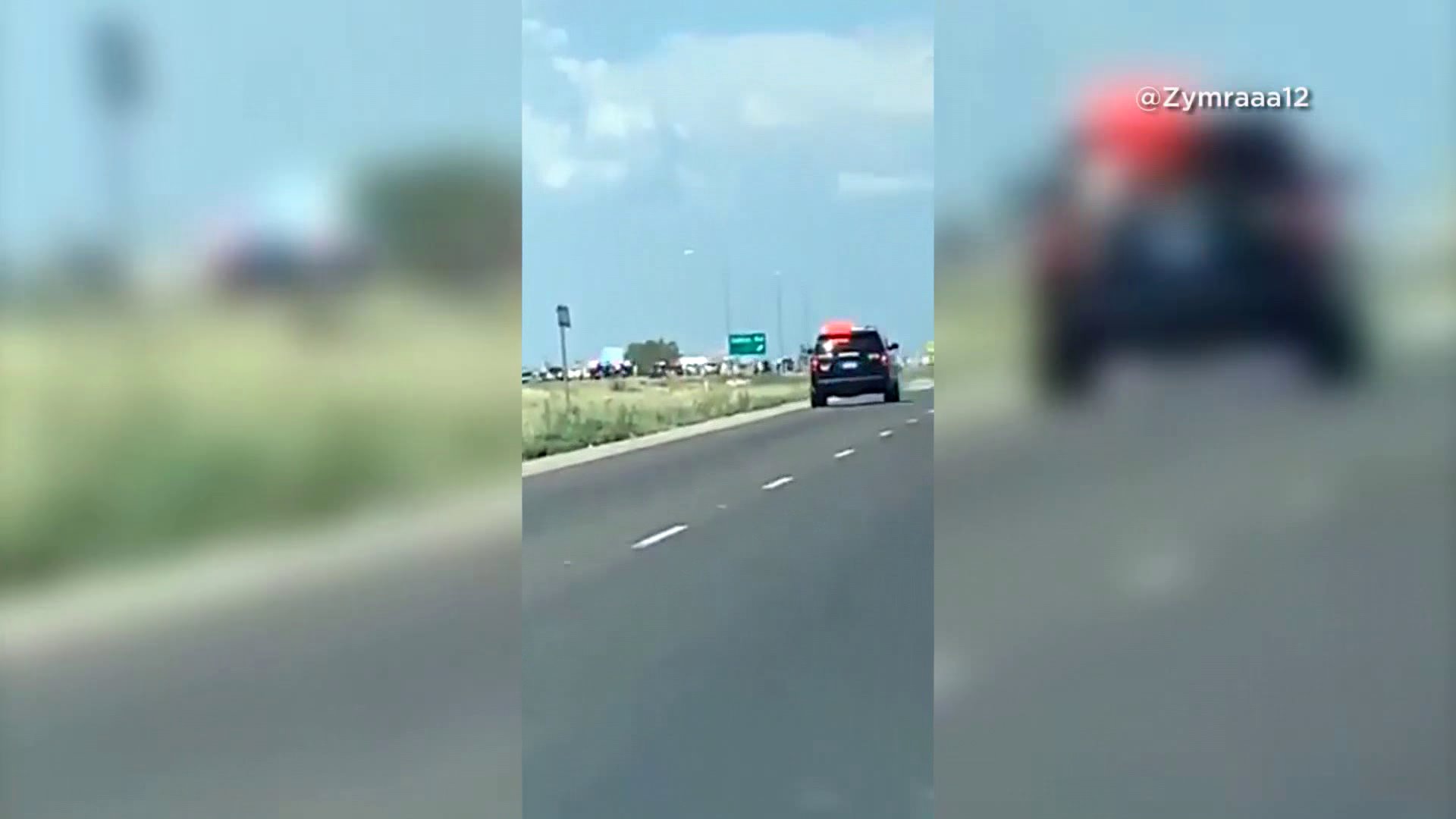 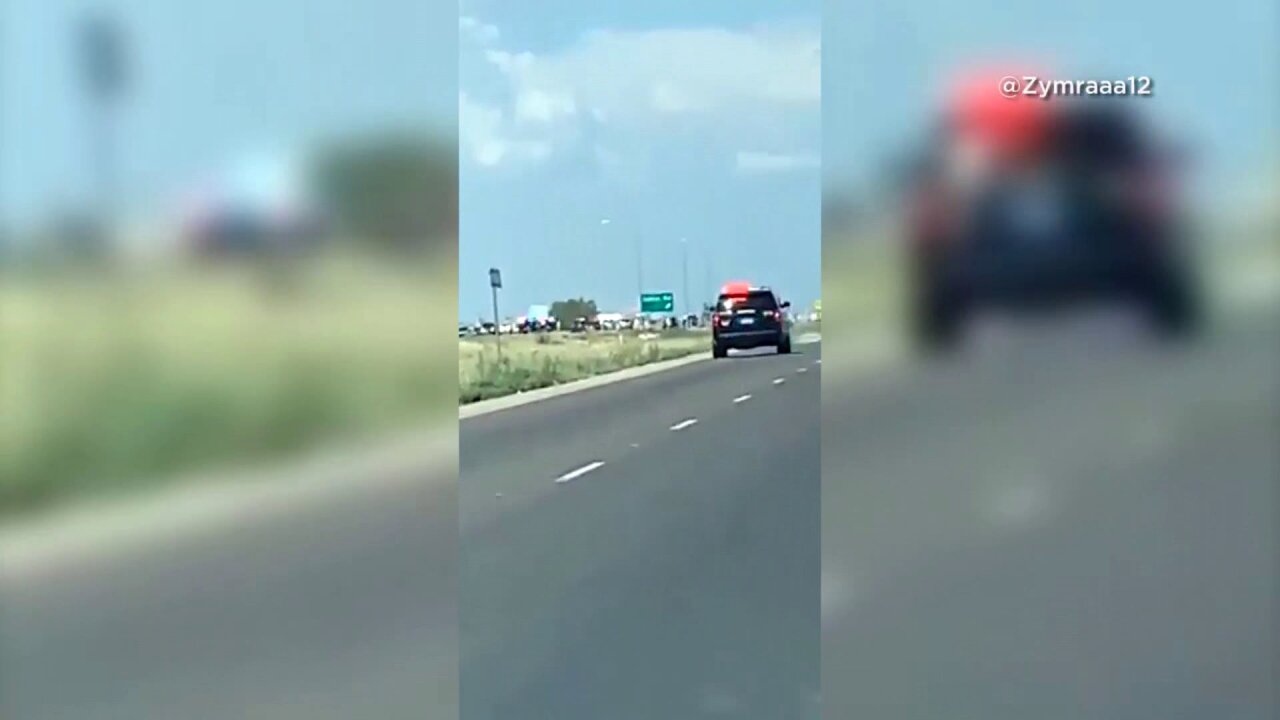 ODESSA, Texas -- A gunman in West Texas who went on a shooting spree, killing seven people while randomly firing from his vehicle and then from a hijacked mail truck, was shot and killed by police in a gun battle in a movie theater parking lot, authorities said Saturday.

At least 21 people were injured, including three law enforcement officers, Odessa Police Chief Michael Gerke said at a news conference. A hospital administrator said a child under the age of 2 was hurt and at least seven people were in critical condition.

Gerke identified the shooter as a white male in his 30s. His name and a motive were not given.

Before that vehicle came to a complete stop, the driver and only occupant pointed a rifle toward his rear window and fired several shots toward the DPS patrol unit, wounding one of the troopers, Carter said.

Gerke said the driver traveled west into Odessa and shot another person, then continued through the city where "there were multiple victims," the chief said. Devin Sanchez, a spokesman for the City of Odessa, said someone in a gold vehicle was driving around shopping centers and shooting people from his vehicle.

The shooter abandoned his vehicle, stole a mail truck and shot at more people, Gerke said. During the confusing moments of the pursuit, authorities thought there might be two shooters firing from two vehicles.

The shooter drove toward the Cinergy movie theater, where he and police officers exchanged gunfire in the parking lot and the man was killed, the chief said.

Witness to the shooting

Alex Wood said he drove up to the theater complex and saw a large number of police vehicles.

"When we had arrived about five minutes before the shooting had begun, I had no clue the shooter was even there," Woods told CNN. "There was just police everywhere and there was a bunch of people behind the theater in the field walking and next thing you know this gunfire is going off."

"Next thing you know, I hear a pop, so, I flip the camera to where the theaters at and I just see a bunch of gunfire going off," Woods said.

"I could see the officer walking up to the mail van and discharging his weapon into it, and I believe that is when the shooter was killed."

One of the people was believed to be a patient "caught in the action" and "not related" to the shootings, Tippin said. Seven people were in critical condition, two in serious condition and two were treated and released, he said. One patient was a child under the age of 2 who was transferred to another hospital. One patient died.

This is the second mass shooting in Texas in August. Only four weeks ago, a gunman killed 22 people in a mass shooting in El Paso, about 285 miles west of Odessa. Politicians quickly responded.

Vice President Mike Pence told reporters, "Our hearts go out to all the victims and families who had loved ones lose their lives."

Pence said he and the President are "determined to work with leaders in both parties in congress to take steps that we can address and confront this scourge of mass atrocity in our country."

Democratic presidential candidate and Texas native Beto O'Rourke on Saturday reacted to news of this mass shooting by proclaiming, "We need to end this epidemic."

"Our hearts are with Midland, Odessa, and everyone in West Texas who has to endure this again. More information is forthcoming, but here's what we know: We need to end this epidemic," he tweeted.

FBI and other agencies responding

Live updates on this shooting

A law enforcement official told CNN that agents from the FBI's Midland office are responding to assist with the incident. The Midland office is a satellite office of the FBI's El Paso division.

The US Bureau of Alcohol, Tobacco, Firearms and Explosives in Dallas tweeted that agents would respond to the shooting.

"The First Lady and I are heartbroken over this senseless and cowardly attack, and we offer our unwavering support to the victims, their families, and all the people of Midland and Odessa. The state of Texas and the Department of Public Safety are working closely with local law enforcement to provide resources as needed and deliver justice for this heinous attack."

Cinergy Entertainment Group, which operates five entertainment centers in Texas and Oklahoma, said in a statement Saturday it is "grateful for the swift response from local authorities and first responders throughout the Midland/Odessa community."