Video shows driver slam into Henrico home: ‘They had to cut the door off’ 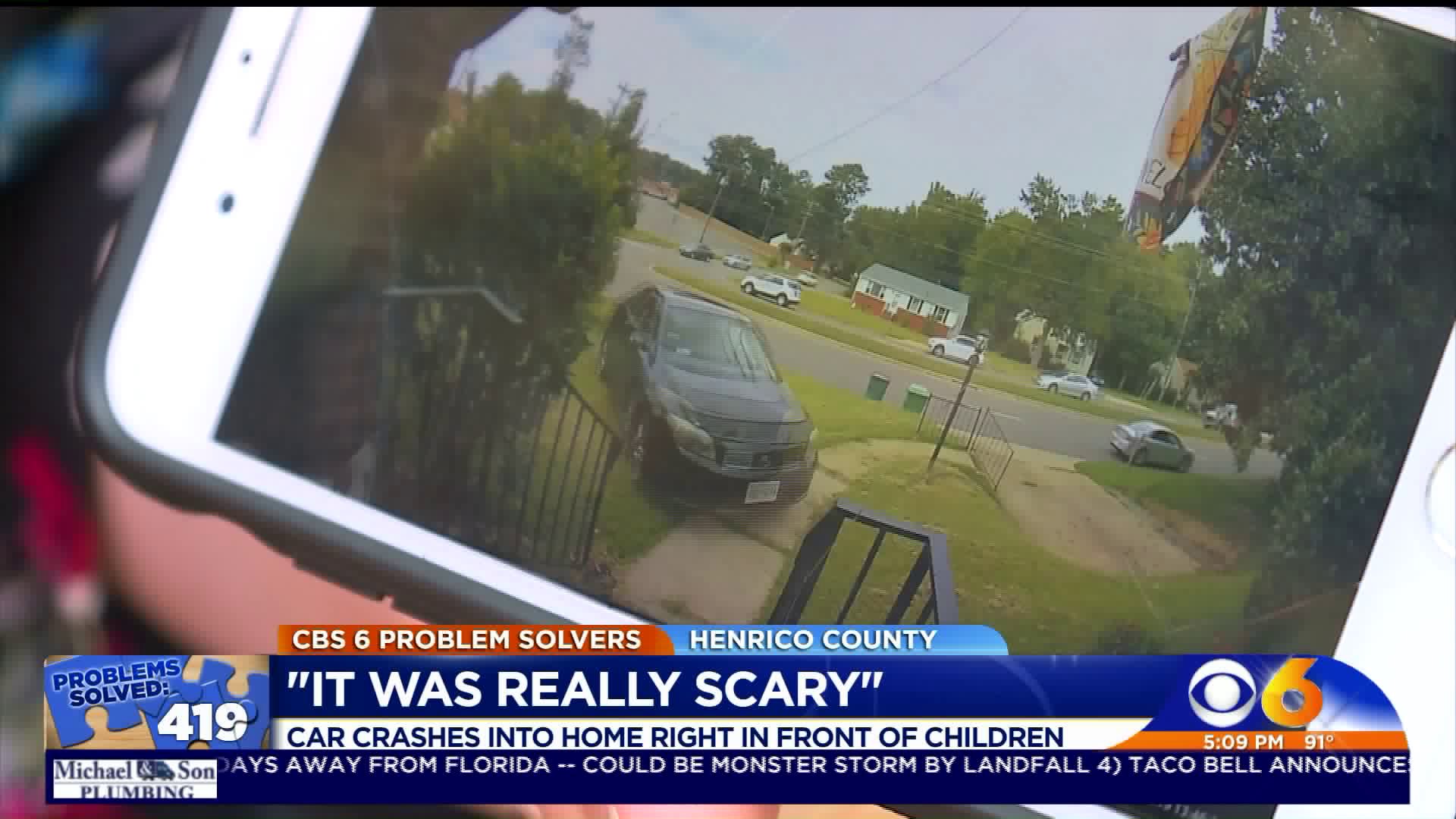 HENRICO COUNTY, Va. -- A mother has called for Henrico County to improve a busy intersection after a car slammed into her home narrowly missing her daughter.

Tilts had just walked off the porch and into her car during the moment of impact. Her home sits across from Tucker High School.

"He came right across, right into the house, over the steps and into the house," she described. "The car was so banged up they had to cut the door off."

Tilts' young daughter, Zaira, was sitting in a chair by the front window.

"It felt like the car was coming straight for you and was going to hit you," Zaira explained. "It was really scary."

The video showed Tilts check on the driver who she said was unconscious. She stated he wasn't wearing his seat belt.

"It makes my heart stop knowing the kids were right there," Tilts said.

The driver who crashed into the home was charged with reckless driving.

The mother said her biggest fears are focused on students crossing the busy Parham Road for school.

"My son is going to ninth grade this year and he`ll be crossing the road," Tilts said.

"It’s worrisome because the kids cross the street over here," Panek recalled. "They run in between traffic like if there’s a lull in the traffic they run across the street and it’s just not safe."

"A woman was just in her front yard trimming her bushes," she remembered.

59-year-old Beverly Page Bourgeois of Henrico County died on August 30, two weeks after being stuck by a vehicle on Parham Road, according to police.

Officers said the vehicle ran off right side of the road, struck a utility pole and then hit Bourgeois.

The driver of that vehicle, Osmaira E Mendez-Urdaneta, was charged with Reckless Driving.

"It’s just ridiculous," Panek described. "Nobody slows down and nobody goes the speed limit."

CBS 6 Problem Solver Brendan King reached out to Henrico County Public Works Director Steve Yob who said a design to improve that intersection is in the works.

The county applied for Smart Scale funding from the state.

Smart Scale stemmed from House Bill 2 that was signed into law in 2014, which directs the Commonwealth Transportation Board (CTB) to develop and use a prioritization process to select transportation projects to be funded.

Yob said they are in the design phase and expect construction to begin within the next 12 months.