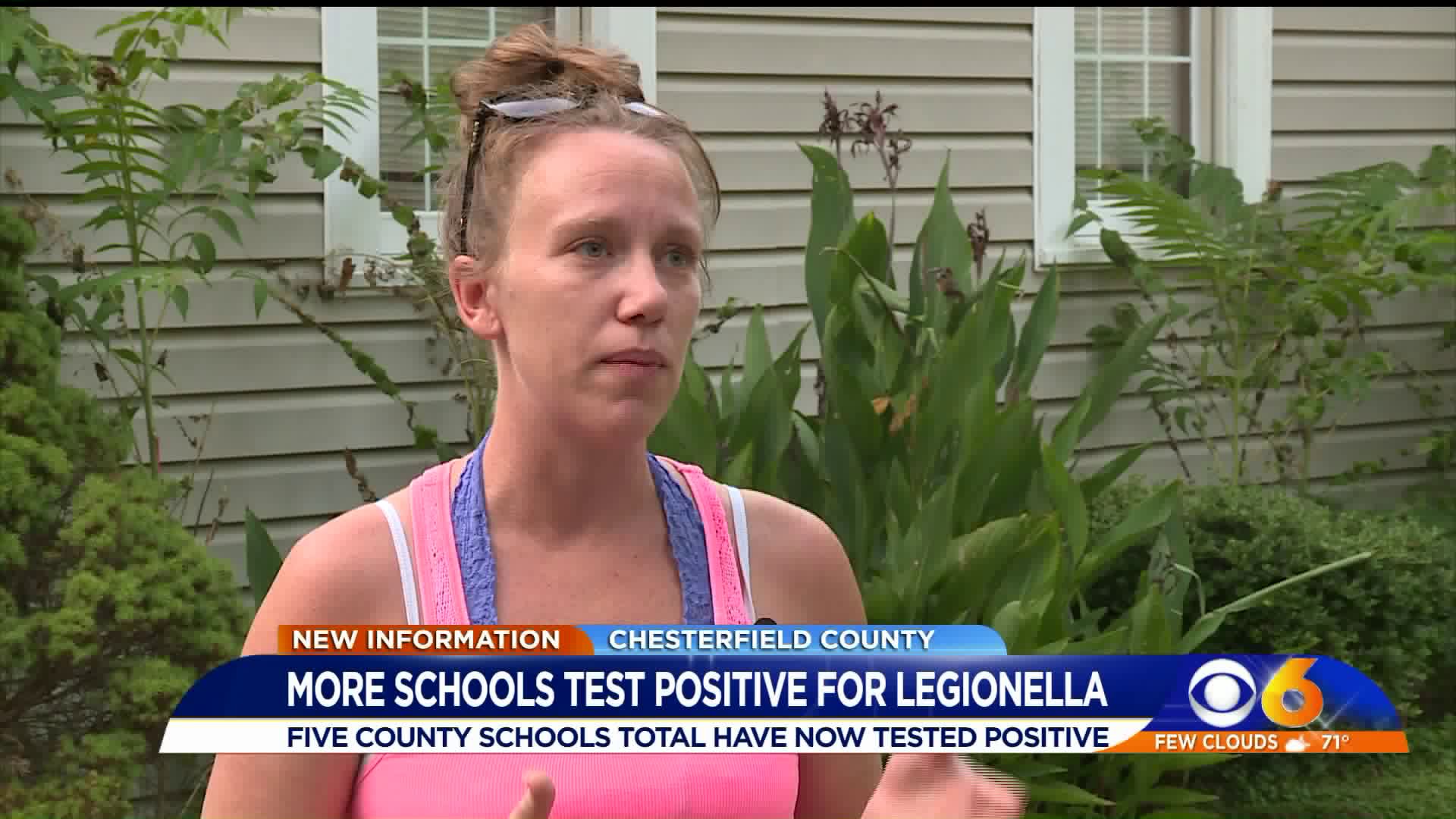 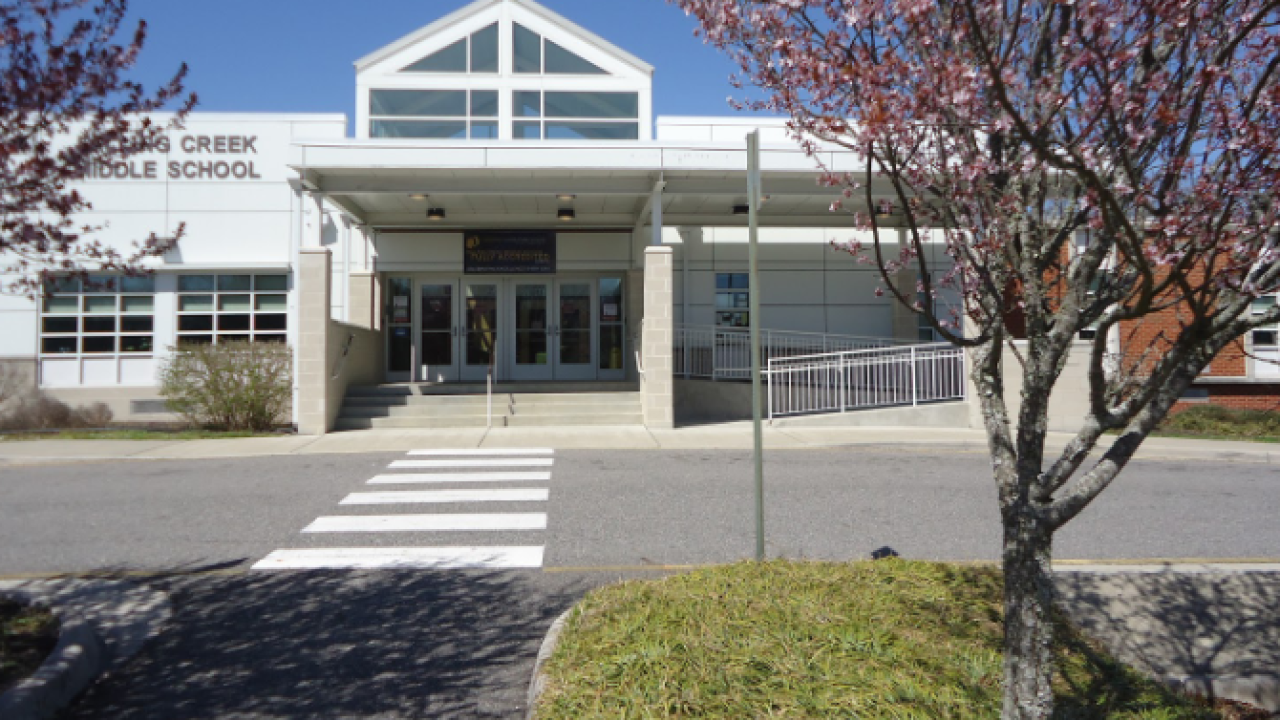 CHESTERFIELD COUNTY, Va. -- The Chesterfield County administrator confirmed two additional schools tested positive for the Legionella bacteria at the Board of Supervisor’s meeting on Wednesday.

Hopkins Elementary and LC Bird High School became the fourth and fifth school to test positive for the bacteria along with Greenfield Elementary, Midlothian Middle School and Falling Creek Middle.

Chesterfield County spokesperson, Susan Pollard said the county did it's own testing on all five schools through risk management, with L.C. Bird High School being the first school to test positive.

The positive test results have not been confirmed in the latest results released Friday on the Virginia Department of Health’s website.

CBS 6 reached out to the VDH about the additional cases. In a statement, a spokesperson says they can not confirm Casey’s assertion that two additional schools tested positive.

“With regard to the additional schools testing positive, I can't confirm because the county has been doing its own testing and would, therefore, the best resource for additional detail,” said the spokesperson.

Pollard also said it is Chesterfield County Schools responsibility to maintain their facilities.

When asked about Casey’s claim, Chesterfield County Schools spokesperson Shawn Smith said all schools have been cleaned and cleared.

"We've gone above and beyond the recommendations put in place. Going forward, we have an improved maintenance plans and all the towers have been cleaned," said Smith.

Legionella bacteria "are found naturally in the environment and are commonly identified in building water systems and devices that are not adequately maintained," according to the Chesterfield Health District.

“From a discussion with CDC yesterday [Tuesday], they told school, county, and state health officials that our school cooling towers were some of the poorest facilities maintained that they’ve seen across the country,” Casey said at the meeting. “Greenfield Elementary very high score of 170 was far higher than any other site visited, public or private.”

“As you can see, this county-wide concern is not from an abundance of caution, but rather a necessity of a potential public health crisis," Casey said. "We are pleased that the schools shock treated all of their cooling towers and per the health department, since that shock treatment has occurred, there have been no reported cases of legionnaires disease in the county.”

The County said Risk Management and Internal Audit are investigating and will have a summary report in October.

“We've all along stated that this isn't a public health emergency and that hasn't changed. We haven't seen any new cases (of Legionella disease) since August 7,” said Samuel.

The reports noted that all HVAC systems in Chesterfield Schools have seen minimal or no service performed over the last two or more years, which could result in negative impacts.

The contractor also recommended Legionella testing be performed on all cooling towers as recently as April of this year.

Since the first three schools tested positive for Legionella bacteria, the school system developed a preventative maintenance plan for the cooling towers.

Casey says all cooling towers have been cleaned and all chemical treatment equipment repairs should be done by September 10.

“However, Legionella Bacteria can grow within three days in untreated systems. So, we need to all be mindful that we don’t create a breeding ground in the interim,” he added.

The Chesterfield Health District (CHD) announced earlier this month that there had been 11 confirmed cases of Legionnaires’ disease since May 1. On average, the county normally sees three cases of the disease each year.

The cases, the latest of which was announced Aug. 8, involved older adults and people with certain medical conditions, according to health officials.

The CHD said, “because there were no common water or facility exposures identified among cases, cooling towers became a suspected mode of transmission."