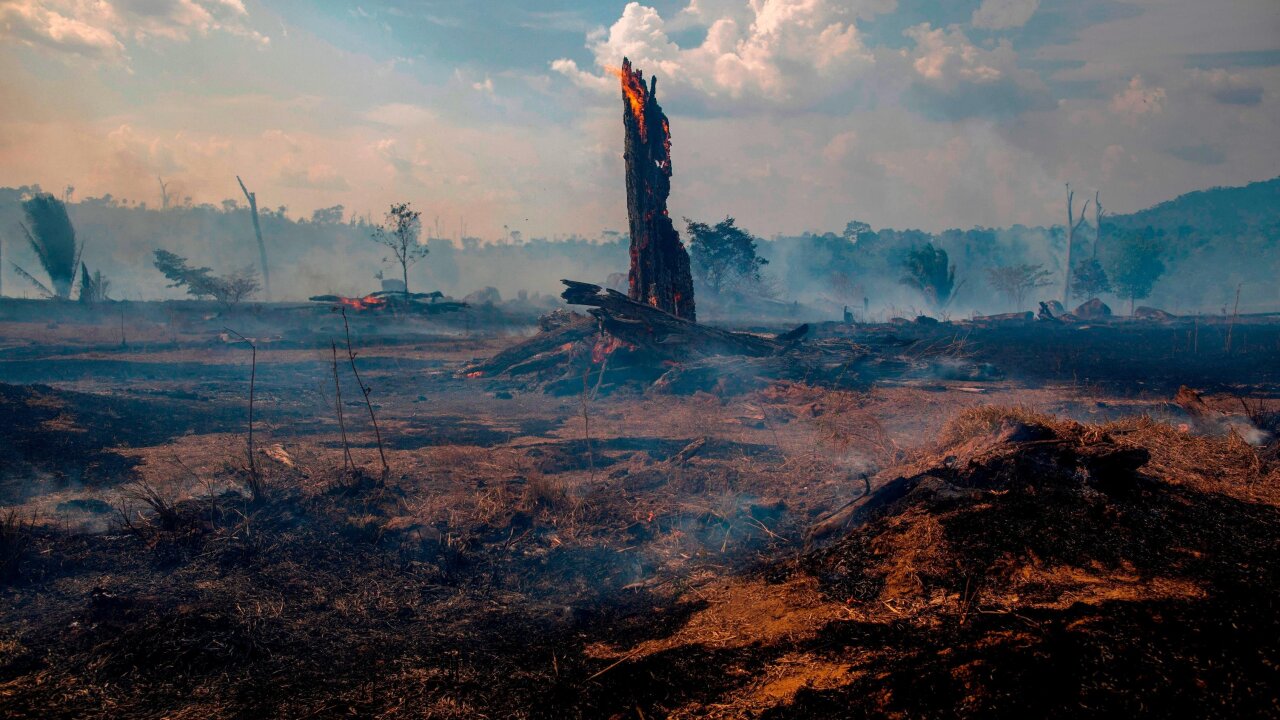 A major US shoemaker will stop buying Brazilian leather while fires are ravaging the Amazon rainforest.

In one of the first major corporate responses to the blazes, VF Corp. (VFC) — which owns brands including Timberland, Vans and The North Face — said it will stop using leather from the South American country until it has “the confidence and assurance that the materials used in our products do not contribute to environmental harm in the country,” according to a statement.

Demand for beef and leather has caused huge swathes of land in the rainforest to be cleared for cattle ranches, potentially a major factor behind the fires.

Scientists have warned that the blazes, which have been raging at a record rate, could strike a devastating blow in the fight against climate change.

VF Corp. is a major player in apparel and footwear, also owning brands such as Eastpak and JanSport. VF’s activewear and outdoor brands helped the firm generate $13.8 billion in earnings for 2019, it reported in July.

Its move suggests the international outcry over the fires, and the response from populist Brazilian President Jair Bolsonaro, is spilling into the business world.

The Amazon, which spans eight countries and covers 40% of South America, is often referred to as “the planet’s lungs” because estimates show that nearly 20% of oxygen produced by the Earth’s land comes from rainforest. The Amazon also puts an enormous amount of water into the atmosphere and works to regulate global temperatures.

But Bolsonaro has sparred with global powers over the blazes, which number over 80,000 this year — in particular during a prickly G7 meeting in France this week.

The President’s special communications office told CNN on Tuesday morning that Brazil would turn down the $20 million aid offer that was pledged for the Amazon at the G7 summit in France the day before.

The President has since softened his stance on the financial aid, suggesting he would consider the G7’s aid if French President Emmanuel Macron apologized for accusing Bolsonaro of “lying” to him about climate commitments during trade negotiations.

The nation has also since accepted $12 million in aid from the UK government, which is a member of the G7.

Bolsonaro has repeatedly insisted the Amazon should be opened to development and has defunded the agencies responsible for cracking down on illegal activity, but he rejected accusations that he was partly responsible for the fires.