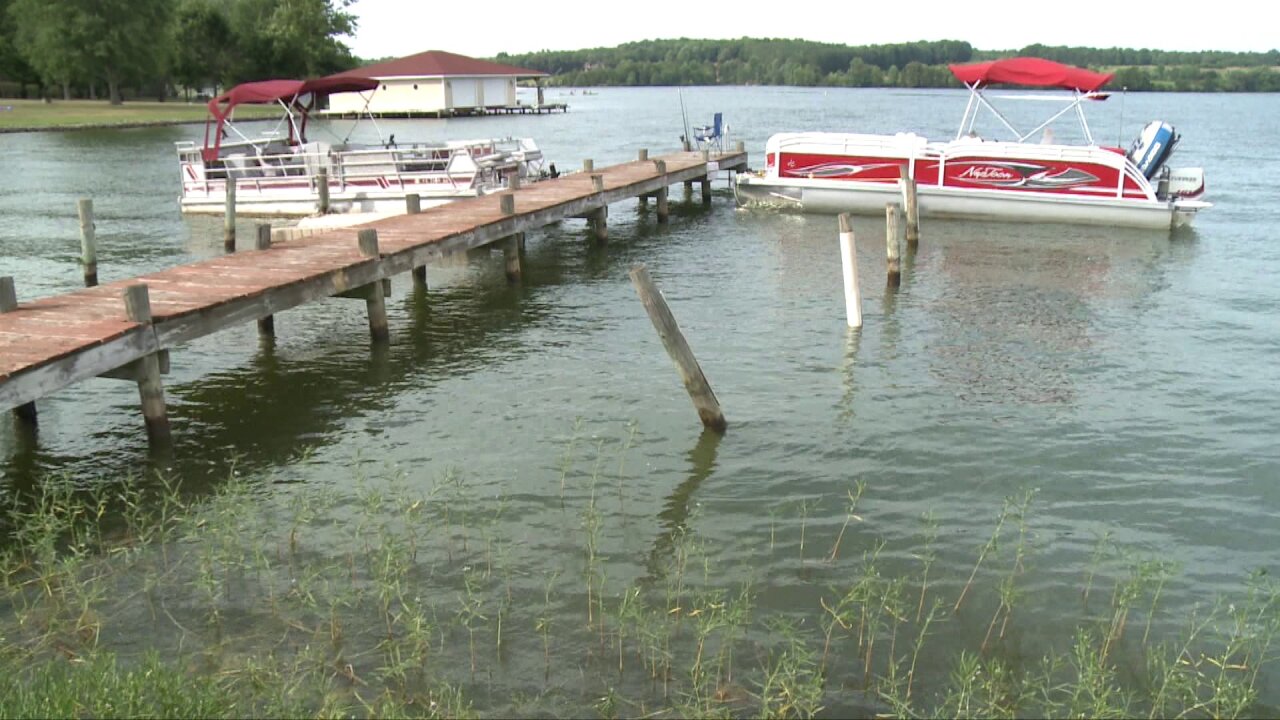 RICHMOND, Va. — The Virginia Department of Health is urging the public to avoid contact with the water at Lake Anna State Park Beach and other locations after test result found them experiencing harmful algae bloom (HAB). Other impacted spots include all portions of Pamunkey Branch, the North Anna Branch, as well as the Main Branch of Lake Anna from the “Splits” to the confluence of Pigeon Run above Route 208 in Orange, Louisa and Spotsylvania counties.

You can find an interactive map and condition updates here.

“Some harmful algae, called cyanobacteria, can cause skin rash and gastrointestinal illnesses, such as upset stomach, nausea, vomiting and diarrhea,”
a Health Department spokesperson said. “The public is advised to avoid contact with the lake in these areas until algae concentrations return to acceptable levels.”

Advisory signs will be posted along the lake.

Swimming advisories have been issued for the following areas of the lake.

Avoid contact with any area of the lake where water is green or an advisory sign is posted, WHEN IN DOUBT, STAY OUT!

Do not allow children or pets to drink from natural bodies of water.

Keep children and pets out of the areas experiencing a harmful algae bloom and quickly wash them off with plenty of fresh, clean water after coming into contact with algae scum or bloom water.