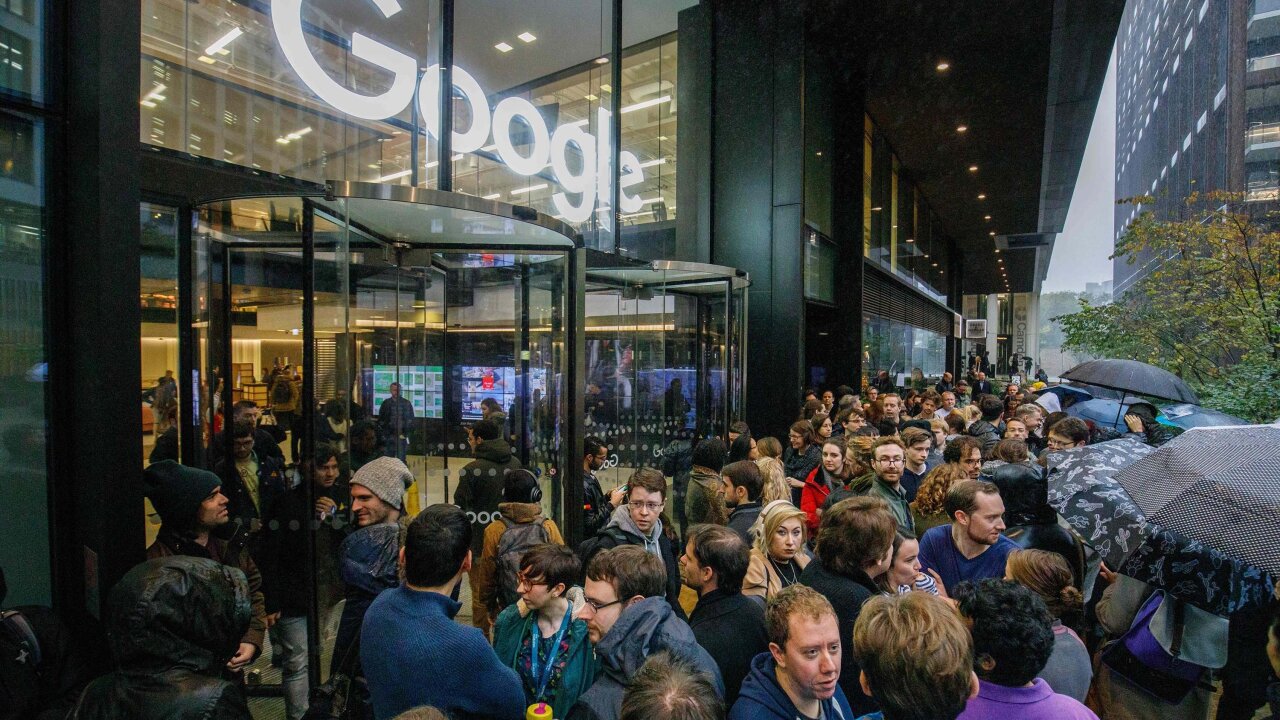 Employees walked out of their offices on Thursday in a coordinated protest over what they call a “destructive culture” at the company. They are demanding five main changes, according to a post on an Instagram account dedicated to the walkout.

Google has agreed to pay a fine of at least $150 million to settle a Federal Trade Commission investigation into YouTube’s handling of children’s data, according to multiple reports.

The fine is said to be between $150 million and $200 million, according to reports from Politico and The Wall Street Journal. The FTC has reportedly approved the settlement.

Google and the FTC declined to comment for this story.

The FTC was investigating the video platform’s practice of collecting information on users under the age of 13, which is prohibited by the Children’s Online Privacy Protection Act. Google owns YouTube.

The investigation was just one example of the heightened scrutiny of the tech industry in Washington. Last month, the FTC announced a record $5 billion settlement with Facebook over privacy breaches. The FTC and the Department of Justice are also said to have divided up oversight of Google, Facebook, Apple and Amazon.

Separately, the House Judiciary Committee has launched a “top-to-bottom” antitrust probe of these big tech firms.

Some have criticized the FTC’s fines as being insufficient penalties for the tech companies, especially when compared with the staggering amount of money these businesses make. In the three months ending in June, Google’s parent company reported revenue of $38.9 billion.

Earlier this week, Google launched a separate website for its YouTube Kids service. The website lets parents choose from three different age groups in an effort to only surface content that’s appropriate for their child’s age.

YouTube had also weighed making other changes to the way it handles kids content amid public pressure. For example, it could consider preventing videos from automatically playing after the previous one finishes when it comes to children’s content.

In July, YouTube chief product officer Neal Mohan told CNN Business the company will always “err on the side of protecting children” when it comes to any of its product or policy decisions.

“Nothing is more important than making sure that children are protected on our platform,” he said.