Dow on track for second-worst month of the year 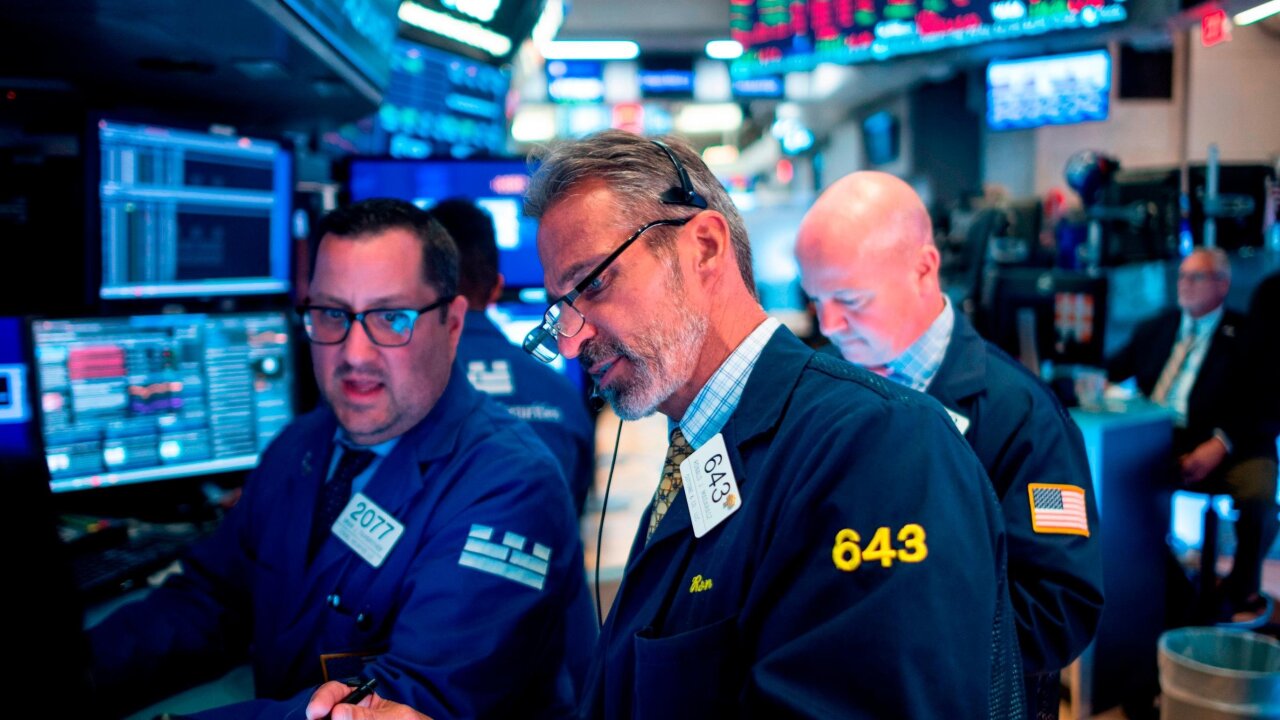 The Dow and the broader stock market reversed earlier gains Friday, and August will end up as the second-worst month of the year.

The market opened higher, adding on from Thursday’s rally, but gave up its gains shortly before midday.

Even so, the Dow and the S&P are on track to log their best weekly gains since early June, while it is shaping up to be the best week in 10 for the Nasdaq.

Optimism that trade tensions between the United States and China might ease helped the market move higher this week.

The key for the market will be if the gains can last through next month.

On the last trading day in August, stocks are on track to log their second worst month of this year — only May was worse. The Dow is set to slip 1.9%, while the S&P is on track for a 2% dip. The Nasdaq stands to shed 2.9%, according to Refinitiv.

May and August are the only two negative months for stocks this year.

August is typically considered a quiet month for the market, but this hasn’t held true in the past few years.

Trade tariffs, retaliation, harsh rhetoric and recession warnings flashing from the bond market were issues that dominated the market this month.

President Donald Trump threatened an additional 10% of tariffs on $300 billion of Chinese imports on the first trading day in August, which led the Dow to have its biggest intraday swing of the year. These tariffs will also hit consumer items like toys and iPhones, which is a concern given that the slowing US economy is being kept alive by strong consumer spending.

As the trade tensions escalated, worries about a currency war also grew, particularly after the Chinese government devalued its yuan to fall below the 7-to-1 ratio against the US dollar for the first time in a decade.

On the back of this, August 5 became the worst day of the year for stocks.

Gold prices rallied to a six-year high. The 30-year US Treasury yield dropped to its lowest level on record this month, while the 10-year yield fell to a three-year low. Yields and prices move opposite to one another.

The US yield curve inverted on multiple occasions in August, flashing a recession warning sign. Yield curve inversions have often preceded recessions in the past and are a sign that investors are nervous about the immediate future of the economy.

Meanwhile, Trump’s criticism of Federal Reserve Chairman Jerome Powell continued throughout the month. At one point, the president tweeted “my only question is, who is our bigger enemy, Jay Powell or Chairman Xi,” referring to Chinese President Xi Jinping.

On Friday, Trump once again lashed out at Powell, tweeting “The Euro is dropping against the Dollar ‘like crazy,’ giving them a big export and manufacturing advantage…and the Fed does NOTHING!” The United States has a Fed problem, not a tariff problem, Trump continued.

The euro traded down 0.6% against the US dollar Friday. For the year, the shared eurozone currency is down 4.2% against the greenback, according to Refinitiv.

Powell stuck to his guns at the Fed’s annual Jackson Hole meeting on August 23, acknowledging the risk of an economic slowdown in the Untied States without hinting whether the central bank would cut interest rates again in September.

Expectations for a quarter percentage point cut at the September 18 meeting is roughly 96%, according to the CME’s FedWatch tool.