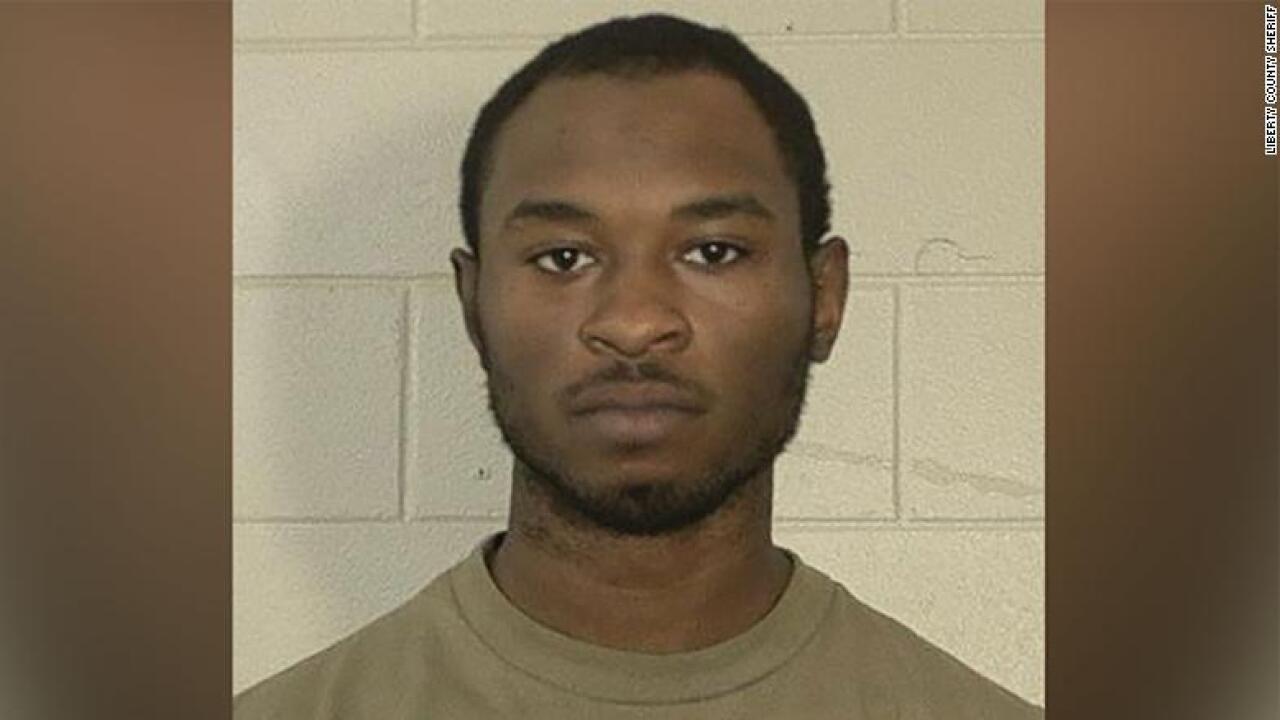 The brother of Olympic gold medalist Simone Biles has been arrested and charged in a New Year’s Eve shooting in Ohio that killed three people.

Tevin Biles-Thomas is charged with murder, voluntary manslaughter, felonious assault and perjury in a December 31, 2018, fatal shooting in Cleveland. The charges were announced in a joint statement Cleveland Police and the Cuyahoga County Prosecutor’s Office.

It’s unclear if he has a lawyer.

Biles-Thomas is the brother of Simone Biles, a five-time Olympic medalist and a 14-time world champion. Earlier this month, she became the first gymnast to attempt and land a double-twisting, double somersault dismount off the balance beam.

US gymnast Simone Biles celebrates on the podium of the women’s floor event final of the Artistic Gymnastics at the Olympic Arena during the Rio 2016 Olympic Games in Rio de Janeiro on August 16, 2016. / AFP / Toshifumi KITAMURA (Photo credit should read TOSHIFUMI KITAMURA/AFP/Getty Images)

On the night of the shooting, a group of uninvited guests walked into a home and a fight began, authorities said. The fight led to the shooting and multiple people were hit.

Biles-Thomas was identified by Cleveland Police as the shooter.

He was arrested in Liberty County, Georgia, on Thursday and is being held pending extradition to Cuyahoga County, the Liberty County Jail said.

Biles-Thomas remains held without bond in the Liberty County Jail. He is scheduled to be arraigned on September 13 in Ohio.

“We appreciate our partnership with the Cuyahoga County Prosecutor’s Office and are confident that their efforts will bring justice for the families affected by this terrible incident,” said Cleveland Division of Police Chief Calvin Williams.

CNN has reached out to Simone Biles for comment.