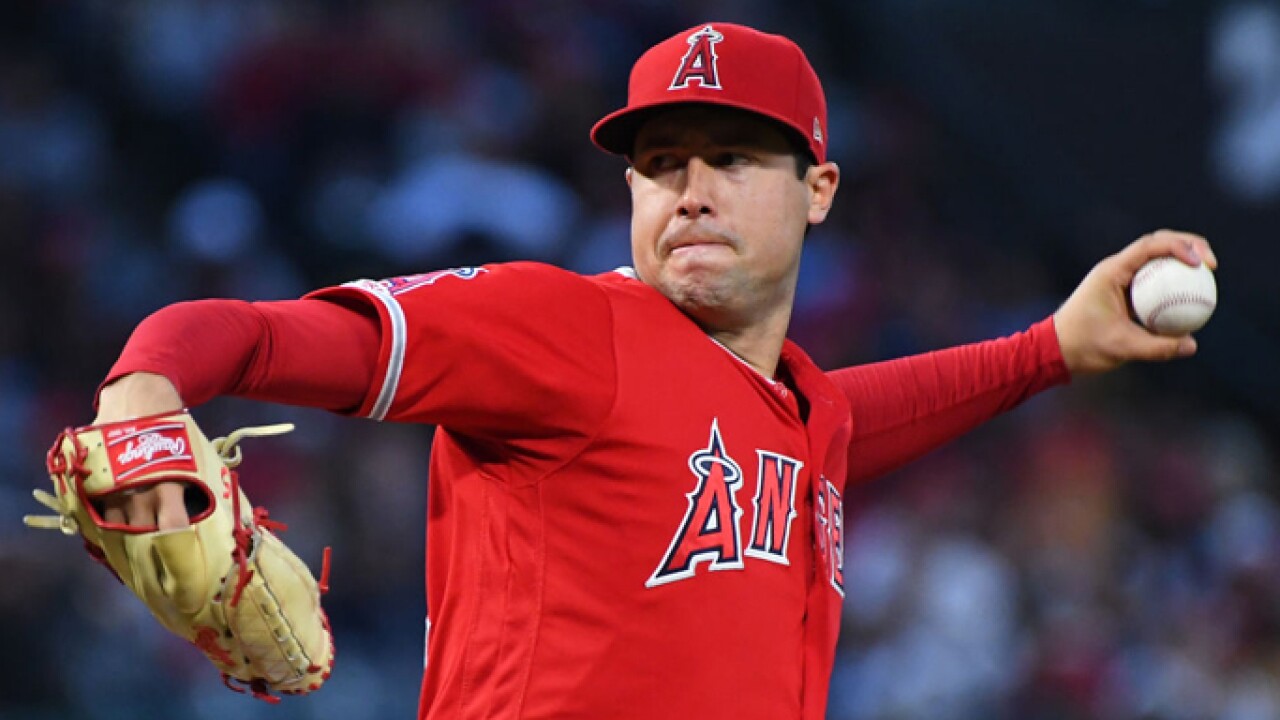 ANAHEIM, CA – MAY 25: Tyler Skaggs #45 of the Los Angeles Angels of Anaheim pitches in the third inning of the game against the Texas Rangers at Angel Stadium of Anaheim on May 25, 2019 in Anaheim, California. (Photo by Jayne Kamin-Oncea/Getty Images)

Opioids, including fentanyl, oxycodone and oxymorphone, were found in his system, as well as alcohol, according to toxicology results.

Skaggs, 27, was found dead at a Hilton hotel in Southlake, Texas, on July 1. The autopsy was performed the following day.

CNN has reached out to the Los Angeles Angels and Skaggs’ family for comment.

Skaggs attended Santa Monica High School in California. The Angels drafted him in 2009, according to his biography. He made his Major League Baseball debut on August 22, 2012, and pitched for the Arizona Diamondbacks for the 2012 and 2013 seasons.

“We are heartbroken with this tragic news. Tyler began his MLB career as a Diamondback and he will always be remembered here as a great teammate and wonderful young man,” Derrick Hall, Diamondbacks president and CEO, said in a statement.

Skaggs wore No. 45. His nickname was “Swaggy,” according to his bio. He pitched Saturday for the Angels, completing 4 1/3 innings in the team’s game against the Oakland A’s at Angel Stadium, according to MLB.com.

Skaggs was married at the end of 2018, according to both his and his wife’s Instagram accounts. Photos show them kissing and embracing on their wedding day.

A December 31 post on Skaggs’ Instagram page showing him and his wife said: “2018 was the best year yet.”

Carli Skaggs on Sunday night shared a photo of her husband wearing a cowboy hat. That night, Tyler Skaggs posted a picture on his Instagram account of what appears to be teammates wearing cowboy hats, standing near a plane.

The Los Angeles Times reported the Angels’ clubhouse did not open on Monday and the team and traveling party left the Rangers stadium after learning of Skaggs’ death.

“There were a lot of pretty emotional guys in our clubhouse. Some guys knew him. Guys were physically shaken,” Rangers manager Chris Woodward said, the Times reported. “This isn’t something we deal with on a daily basis.”

In Anaheim, a banner honoring Skaggs was hoisted outside Angel Stadium. Mourners left flowers and memorabilia in front of the stadium. “RIP 45,” was written on an Angels hat.

Skaggs’ death stirred memories of the death of another Angels players a decade ago. One fan wore the jersey of Los Angeles Angels pitcher Nick Adenhart, 22, who was killed in a car crash in 2009 in California.

Jonathan Pickens, an Angels fan from Orange County, posted a picture of the memorial for Skaggs on social media. Pickens told CNN he heard the news of Skaggs’ death and “felt like we had to get up and go to be there to pay respect.”

Angels star outfielder Mike Trout, who was drafted with Skaggs, posted on Twitter: “Words cannot express the deep sadness we feel right now…. Remembering him as a great teammate, friend, and person who will forever remain in our hearts… we love you, 45,” the post said.