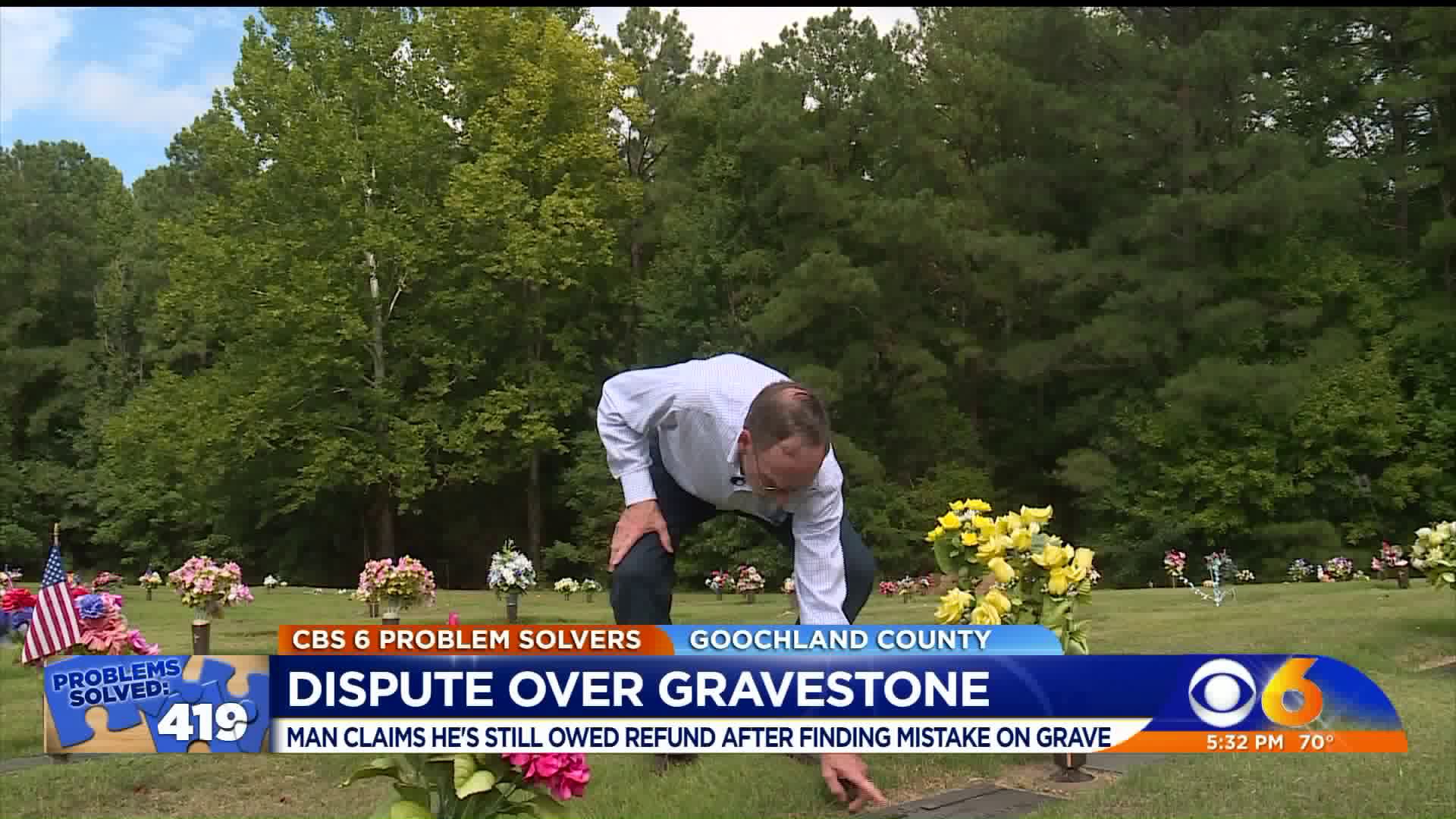 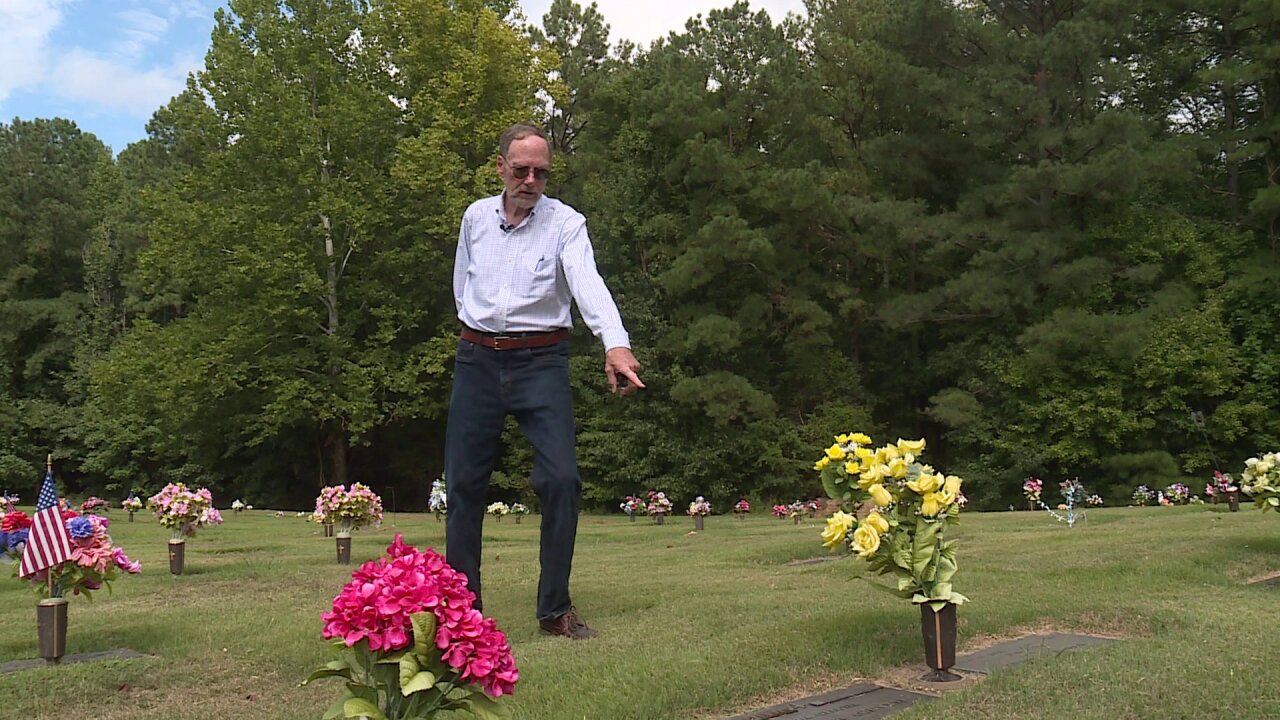 GOOCHLAND, Va. -- After eight months of back and forth, David Young says a mistake on his mother's gravestone has finally been corrected, but now he's facing more problems.

Last September, Young and his brother visited Greenwood Memorial Park in Goochland and noticed the date of her death was incorrect.

After paying nearly $500 to correct the date, Young revisited his mom’s gravesite.

“Four months later, yeah I assumed it would be done,” said Young.

“They said they misplaced the order or something and by the way, ‘we found the original documents; therefore, you don’t have to pay for it. It was our mistake,” said Young.

Young is relieved that the error was finally corrected, even though it took eight months. Now, he’s frustrated that he is still waiting for his refund.

“I’ve made several phone calls a month here and I get, people talk to me but I get no answers and no response,” Young stated.

He says it’s not about the amount of money, it’s about being respected as a customer.

“You got to have respect for people,” he added.

CBS 6 Problem Solvers reached out to cemetery officials multiple times Wednesday. CBS 6 discovered that the general manager that Young was dealing with is no longer employed at Greenwood Memorial Park and the cemetery has undergone management changes.

CBS 6 has also emailed the spokesperson for the cemetery and are waiting to hear back to find out the status of Young’s refund.