Court documents shock Richmond lab worker: ‘If this is true [I hope] criminal charges are pressed’ 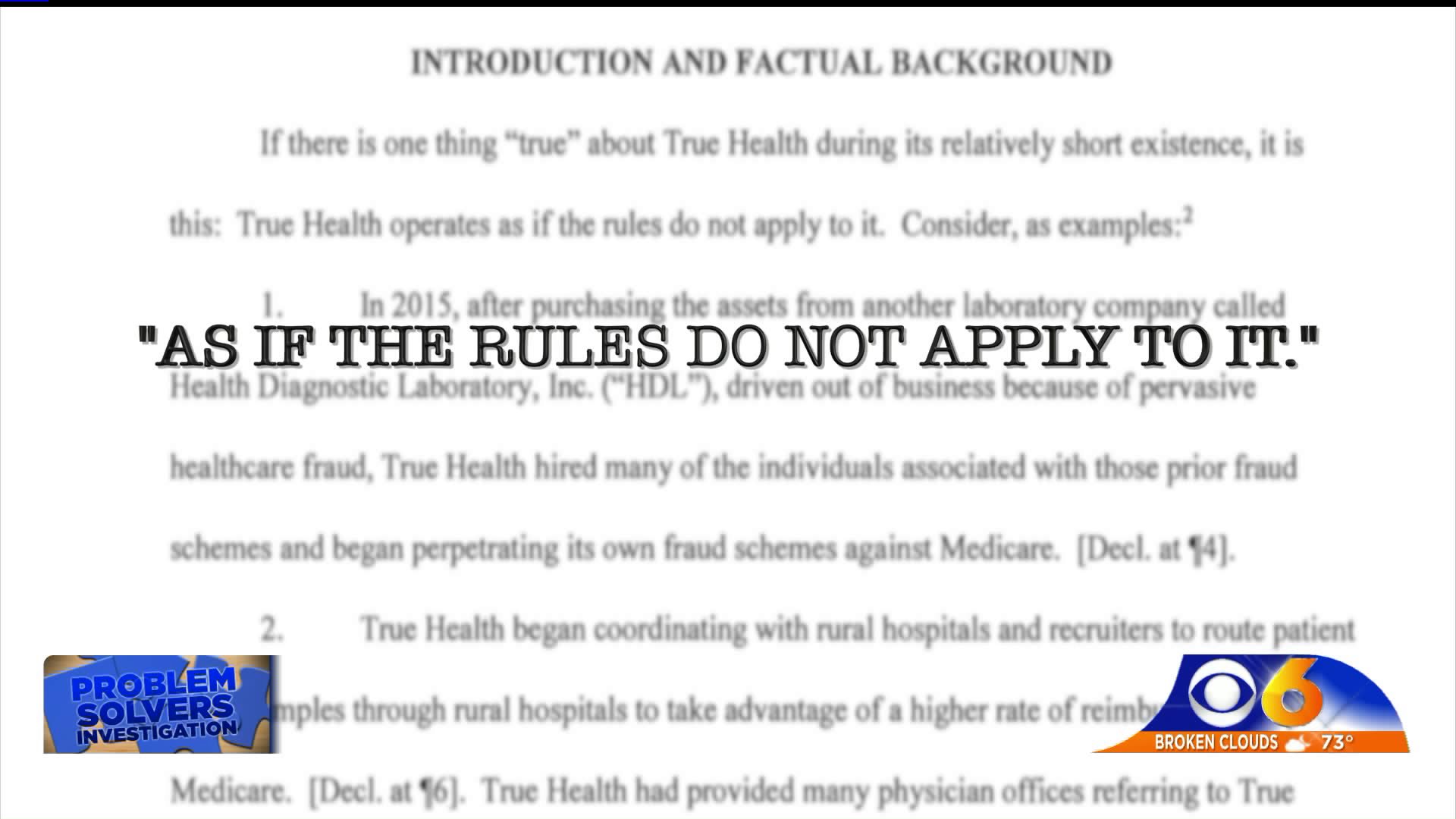 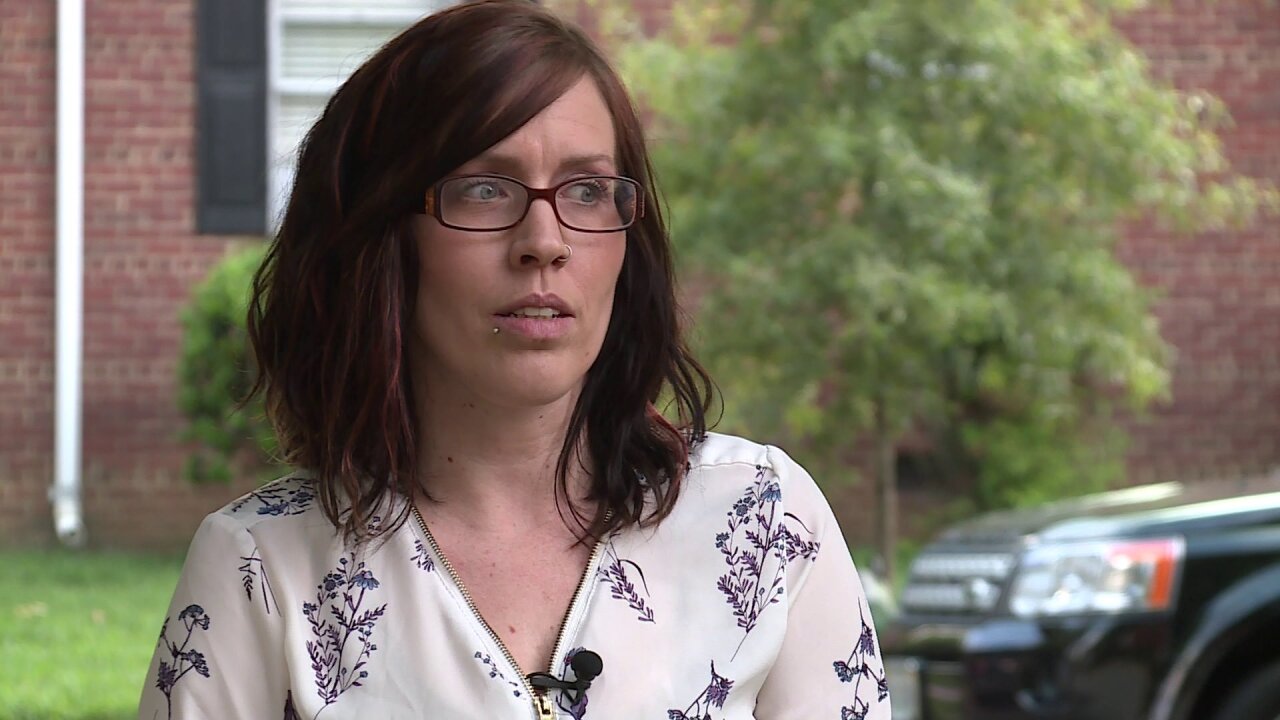 "If there is one thing 'true' about True Health during its relatively short existence, it is this: True Health operates as if the rules do not apply to it,"

"If there is one thing 'true' about True Health during its relatively short existence, it is this: True Health operates as if the rules do not apply to it," prosecutors said in the documents.

The court records were filed in U.S. District Court in Texas and revealed previously unknown details about an alleged scheme by True Health Diagnostics to reap what prosecutors called "ill gotten profits."

True Health is based in Texas, but operates a massive lab in downtown Richmond.

It purchased the company in 2015 from Richmond-based Health Diagnostics Laboratory (HDL), after federal investigations into HDL's involvement in a massive kickback scheme to drive business.

On the True Health website, Chris Grottenthaler, the CEO and founder of True Health, is cited as saying "our instinct is to exercise our ethics every day. Compliance is the cornerstone of our company."

But last month, the company announced they were filing for bankruptcy, and laying off nearly 400 local employees, due to a decision by the Centers of Medicare and Medicaid Services (CMS) to stop all Medicare payments to the company

"It was rough the first week. "I cried every day since July 29th when they did the first layoffs," Crews said.

Crews said she was unaware of the alleged scheme.

"It's hard to wrap your head around," Crews said.

According to investigators, True Health would set up labs inside rural hospitals, which are known as "critical access" facilities, that receive higher rates of reimbursement from Medicare.

From there, federal investigators claim True Health engaged in a kickback scheme by enlisting doctors into something called Management Service Organizations (MSOs).

According to Jack Geren, the Special Agent investigating the case, the doctors in the MSOs would be incentivized to send blood samples to rural hospitals because they would be "compensated for referrals."

Green said in one court document that "the higher the referral volume, the more revenue the MSO would generate."

"That's the type of scheme when a prosecutor steps back they can look at all the pieces and put that together and it could spell out a fraud scheme," CBS 6 legal analyst Todd Stone said.

"The pain for a lot of people is coming soon. I think this is all gonna [sic] make HDL [sic] look like child's play. [P]eople are gonna [sic] go to prison [.]"

According to prosecutors, True Health's executives knew the arrangements were "abusive" with a Senior Vice President writing in May 2016 "the pain for a lot of people is coming soon. I think this is all gonna [sic] make HDL [sic] look like child's play. [P]eople are gonna [sic] go to prison [.]"

"Those emails can be the smoking gun that helps to show the intent on the part of the individuals involved," Stone said.

Prosecutors said True Health took on $110 million in debt and then turned around and paid executives and shareholders $130 million with True Health's CEO receiving over $36 million.

"I honestly hope that if this is true that criminal charges are pressed against the people involved," Crews said.

Crews said the alleged payouts don't sit well with her when employees lost their jobs, and because she said she never received a raise or a company contribution to her 401K.

"They should have to start over just like all of us did," Crews said.

None of the rural hospitals connected to the case are located in Virginia.

At this point, no criminal charges have been filed, but federal investigators said at least one high-level Richmond-based True Health employee profited from the alleged scheme.

"The company has a profoundly different view of the facts and disputes in the allegations set forth in the declaration of Mr. Geren."

When asked about the scheme, Clifford Zucker, a restructuring consultant with FTI Consulting, who was recently hired by True Health, said "the company has a profoundly different view of the facts and disputes in the allegations set forth in the declaration of Mr. Geren."

True Health is now looking for a buyer, he said.