Tobacco giants Altria and Philip Morris in talks to merge 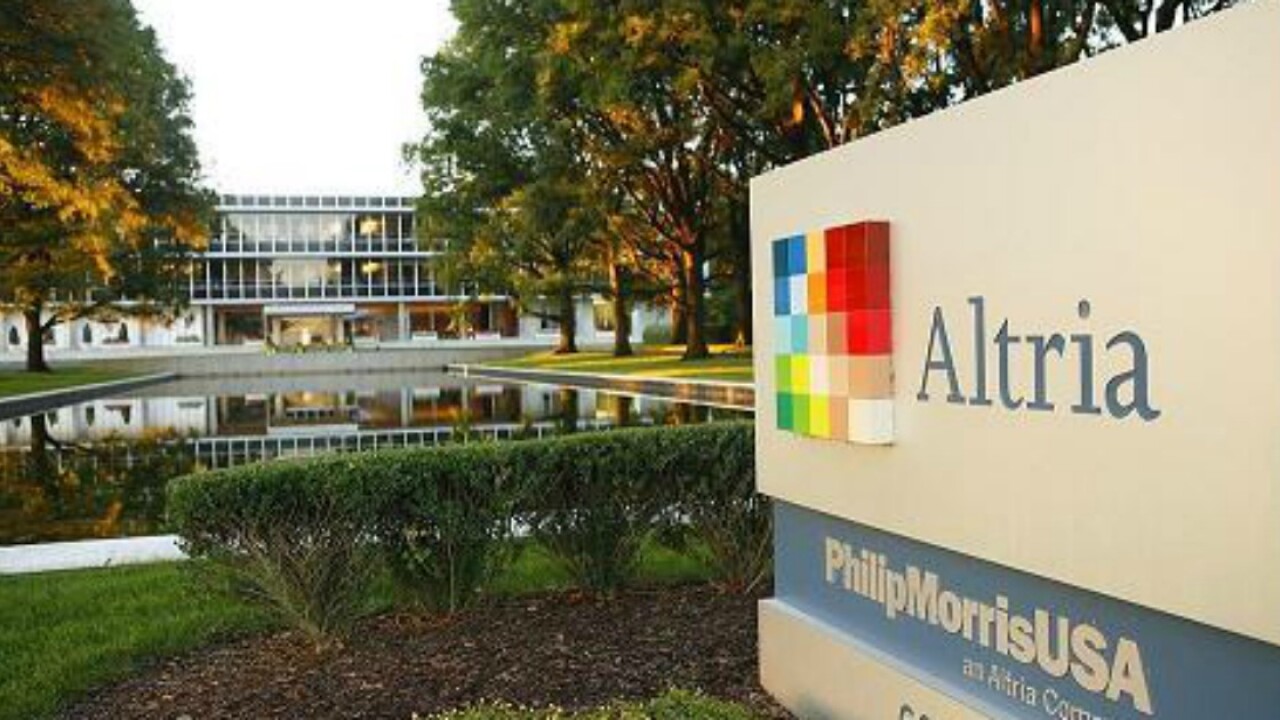 Philip Morris International and Altria — which used to be one, giant tobacco company — may merge once again.

Both companies sell the Marlboro brand: Philip Morris sells tobacco products internationally and Altria does business in the United States. Both said Tuesday that they were in discussions about a deal to recombine.

If a deal were to happen, the combined company would probably be worth more than $200 billion. Philip Morris is currently valued at about $115 billion, while Altria has a market capitalization of over $85 billion.

Shares of Philip Morris plunged 6% Tuesday while Altria’s stock fell about 2% after CNBC reported that there would probably be no merger premium in the deal.

If the two companies agree to a merger, the combined company would look a lot different than it did when Altria and Philip Morris first announced a split in 2007.

Altria no longer owns food giant Kraft, which was also spun off in 2007 and has since merged with Heinz.

But more importantly, both Altria and Philip Morris are grappling with how to rejuvenate sales growth at a time when a growing number of cigarette smokers around the world are quitting, because of the well-documented links to cancer and heart disease.

Philip Morris has repeatedly said it hopes to one day to no longer sell traditional cigarettes. It plans to rely instead on smokeless technology, such as its iQOS electronic cigarettes, which heat tobacco but still contain nicotine.

Altria is also trying to adapt. It already has a deal with Philip Morris to sell IQOS devices in the United States. Altria also bought a nearly 35% stake in vaping company Juul last year for nearly $13 billion. It has also acquired a 45% stake in Canadian cannabis company Cronos, and Altria is a significant investor in beer giant Anheuser-Busch InBev.

“We have long believed a combination of the two companies would make a lot of sense, especially now given Altria’s stake in Juul & iQOS coming to market shortly in the US,” said Wells Fargo analyst Bonnie Herzog in a report about the merger talks.

Altria’s investments come with a significant amount of risk. The FDA and CDC are concerned about possible health risks tied to vaping as well as the fact that Juul has become popular with teens. Although cannabis is now legal recreationally in Canada and several states in America, there is still no sign that the US will relax federal laws prohibiting the use and sale of marijuana anytime soon.

Philip Morris and Altria’s reunification would mirror that of the media titans Viacom and CBS, which recently agreed to reunite after a decade-long split.