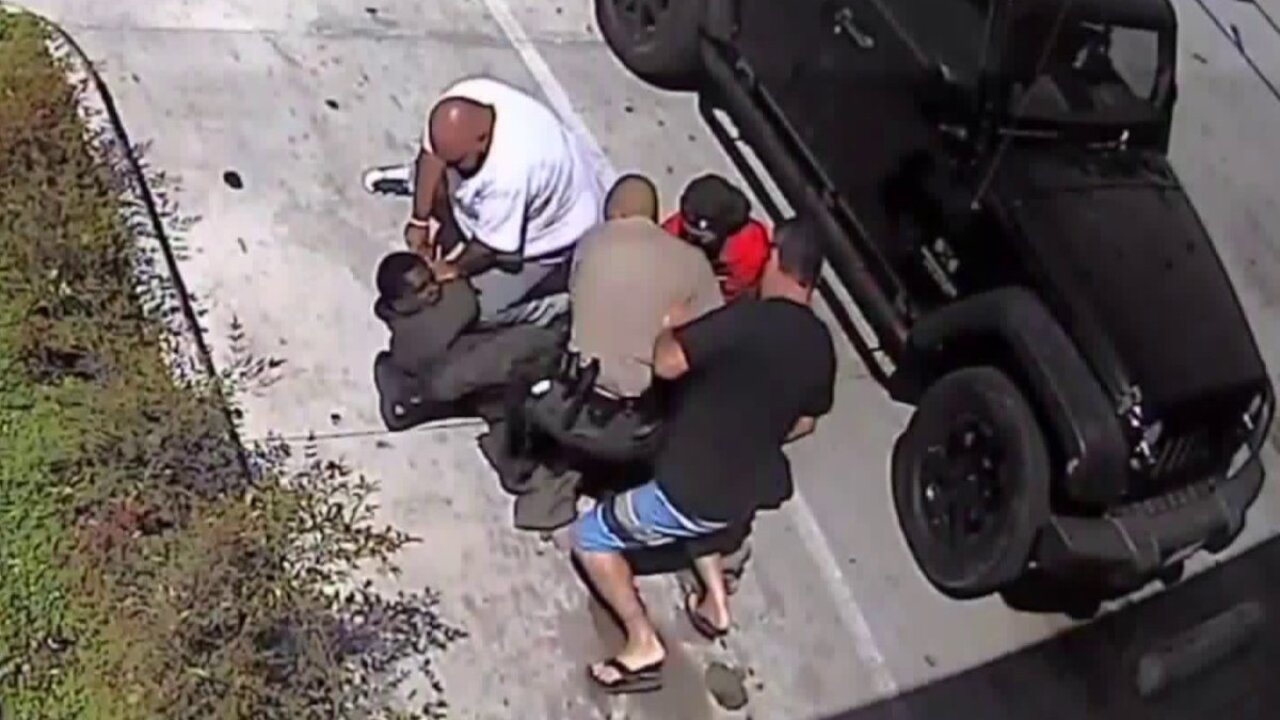 SOUTH WHITTIER, CA. -- Three good Samaritans rushed to the aid of a sheriff's deputy as he fought with a man who was in the process of trying to take the deputy's gun in South Whittier on Sunday afternoon, officials told KTLA .

The deputy responded to a report of a suspicious person, Ortiz said. The suspect immediately began arguing with the deputy, who called for backup.

"At some point, the suspect took a fighting stance and swung at the deputy, and a fight ensued," according to Ortiz. "While on the ground, the suspect reached for the deputy's handgun."

During the fray, the magazine dropped from the deputy's weapon, he said. As the deputy was fighting to keep the suspect from pulling his duty pistol from its holster, three good Samaritans ran to help.

"With the assistance of the samaritans, the deputy handcuffed the suspect," Ortiz said. The deputy was treated at a hospital for a minor injury and promptly released.

The suspect, whose identity was not available, was expected to face charges including resisting or delaying a peace officer.

"THANK YOU! To the 3 brave citizens who helped a #NorwalkStation deputy who was fighting for his life," the captain posted on Twitter, signing the message, "Forever grateful."