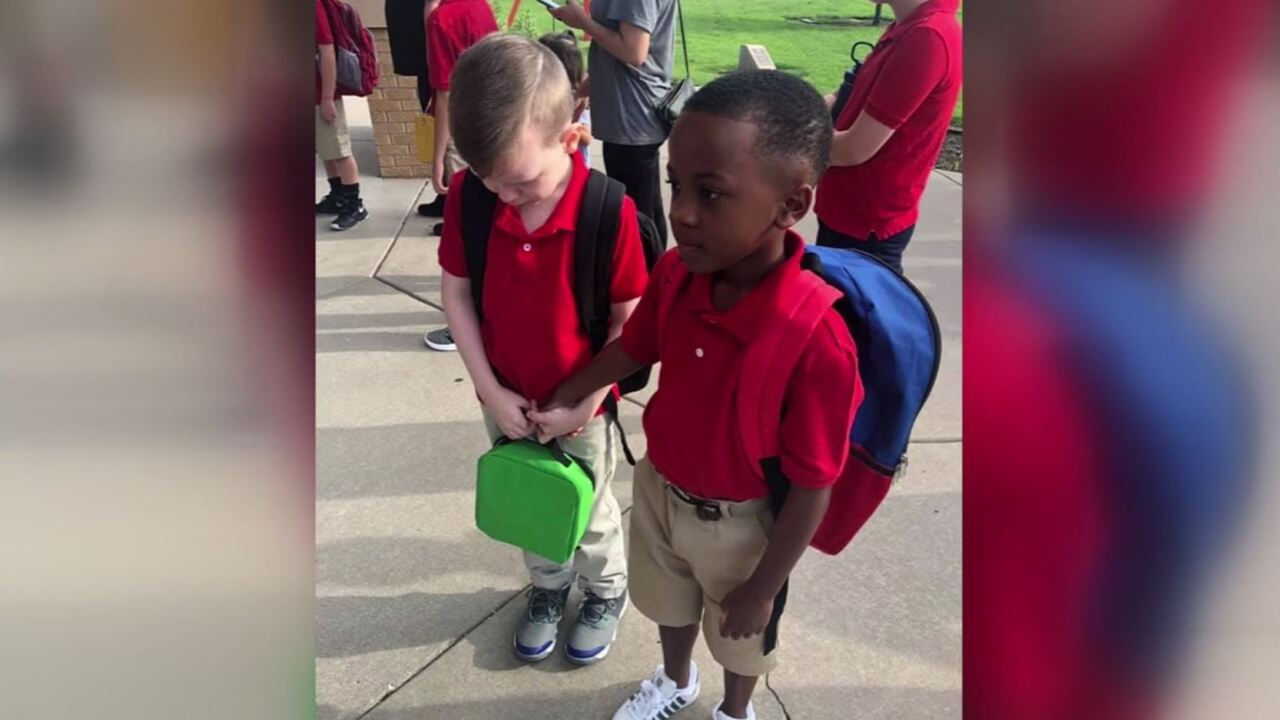 WICHITA, Kan. — A little boy’s actions have helped teach a big lesson in kindness. Images of eight-year-old Christian consoling a crying classmate named Connor on his first day of school have gone viral.

“I saw him on the ground with Connor as Connor was crying in the corner and he was consoling him,” Christians mom Courtney told KAKE. “He grabs his hand and walks him to the front door. We waited until the bell rang and he walked him inside of the school. The rest is history. They have an inseparable bond.”

Connor’s mom, April Crites, explained her son has Autism and he was feeling overwhelmed upon arriving to school.

The story can be summed up best by Connor himself.

“He was kind to me,” the child stated. “I started crying, then he helped me, and I was happy.”