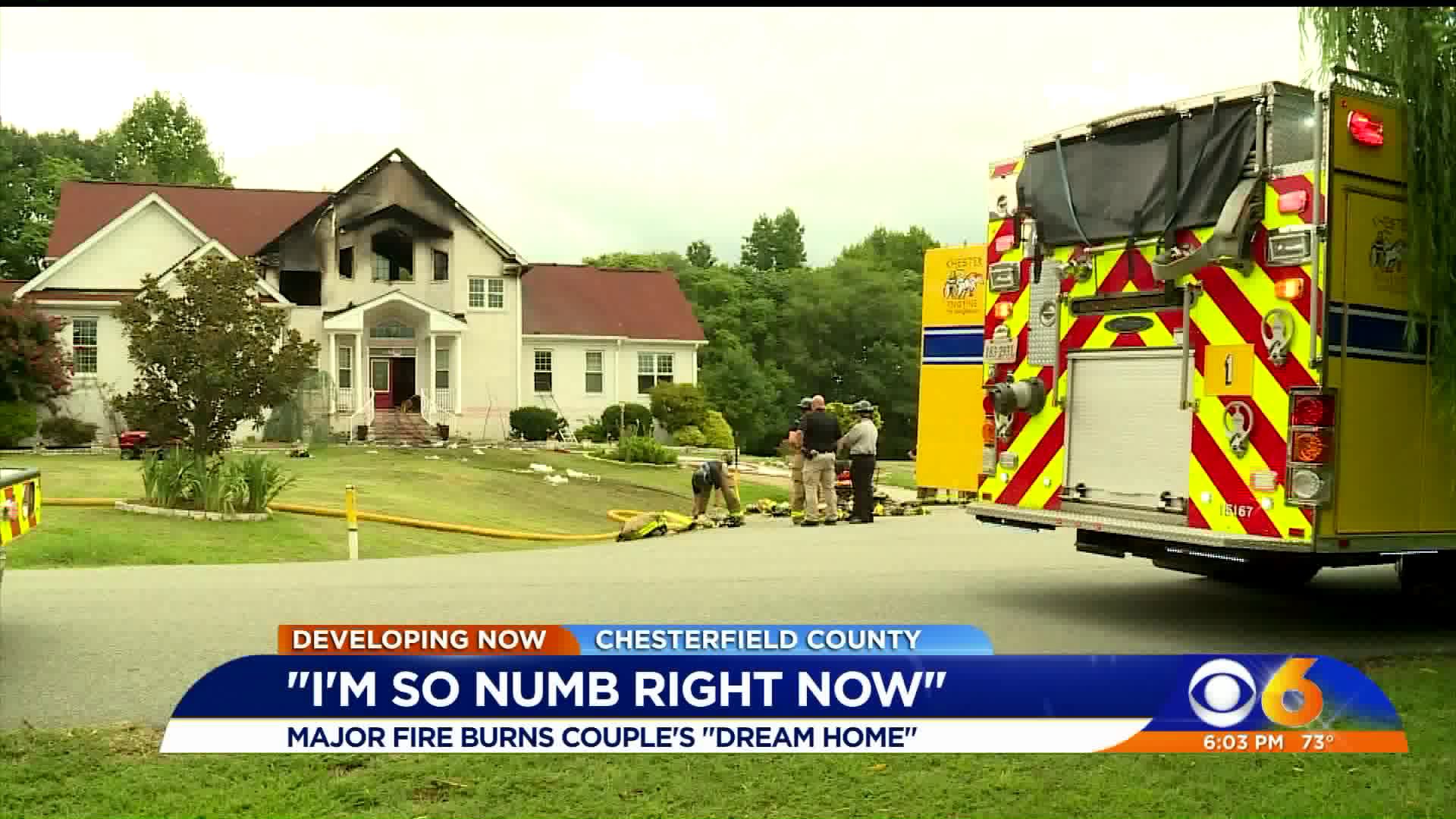 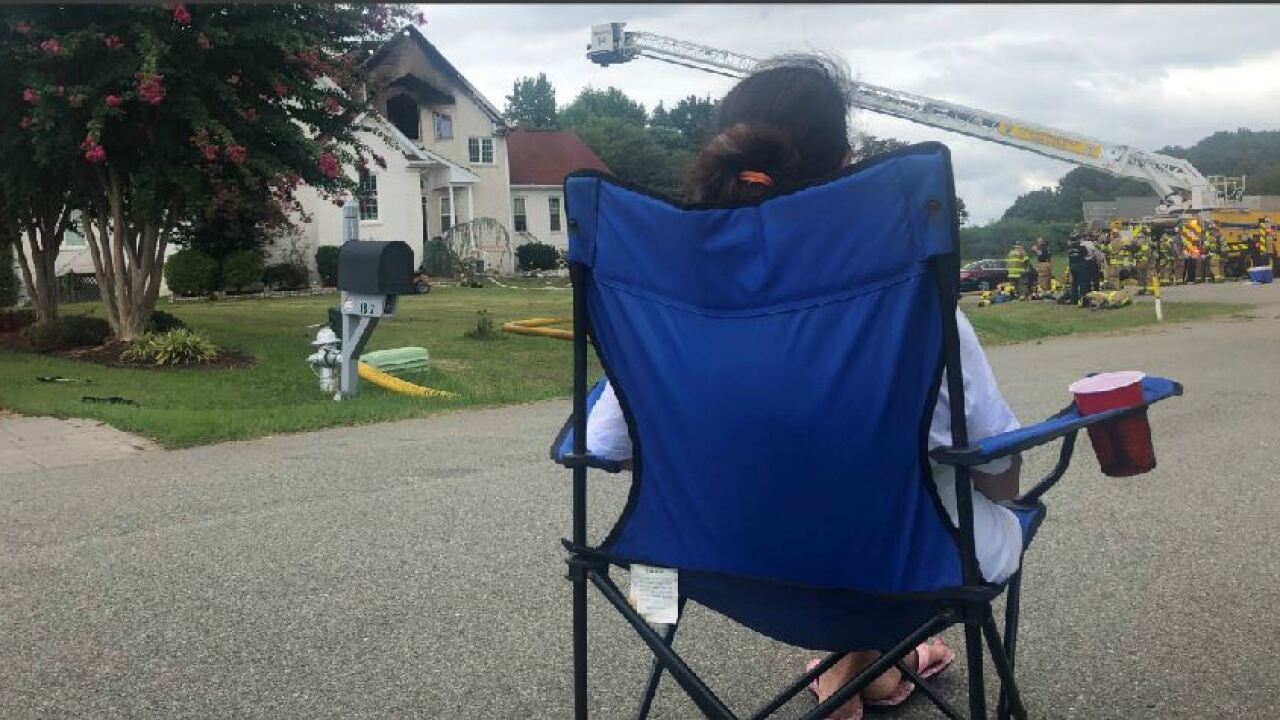 CHESTER, Va. -- Monica Anand sat in a chair in the street outside her home as fire crews battled smoke and flames inside the house.

The chair and a cup of water were provided by a neighbor comforting Anand who just escaped her burning home.

"I was in the kitchen, just talking to my husband [on the phone]," Anand said. "I came out and said 'what happened?' There were all the flames up there."

Chesterfield Fire crews were called to the 11800 block of Middlecoff Drive, in Chester, at about 11:50 a.m. Monday.

"My wife tried to reach me, I was at work," Maninder Anand said. "She said something happened, the fire alarm just keep on going, keep on going."

Monica was able to escape the home unharmed.

Firefighters said when they arrived, the flames were shooting from the roof.

"It’s a major fire, it was a dream home for my wife and for us," Maninder Anand said. "Man proposes, God disposes it’s in his hands, what he wants."

The cause of the fire remained under investigation Monday afternoon.

"I'm so numb right now," Monica said while sitting outside her home. "I need to go inside and see what happened."