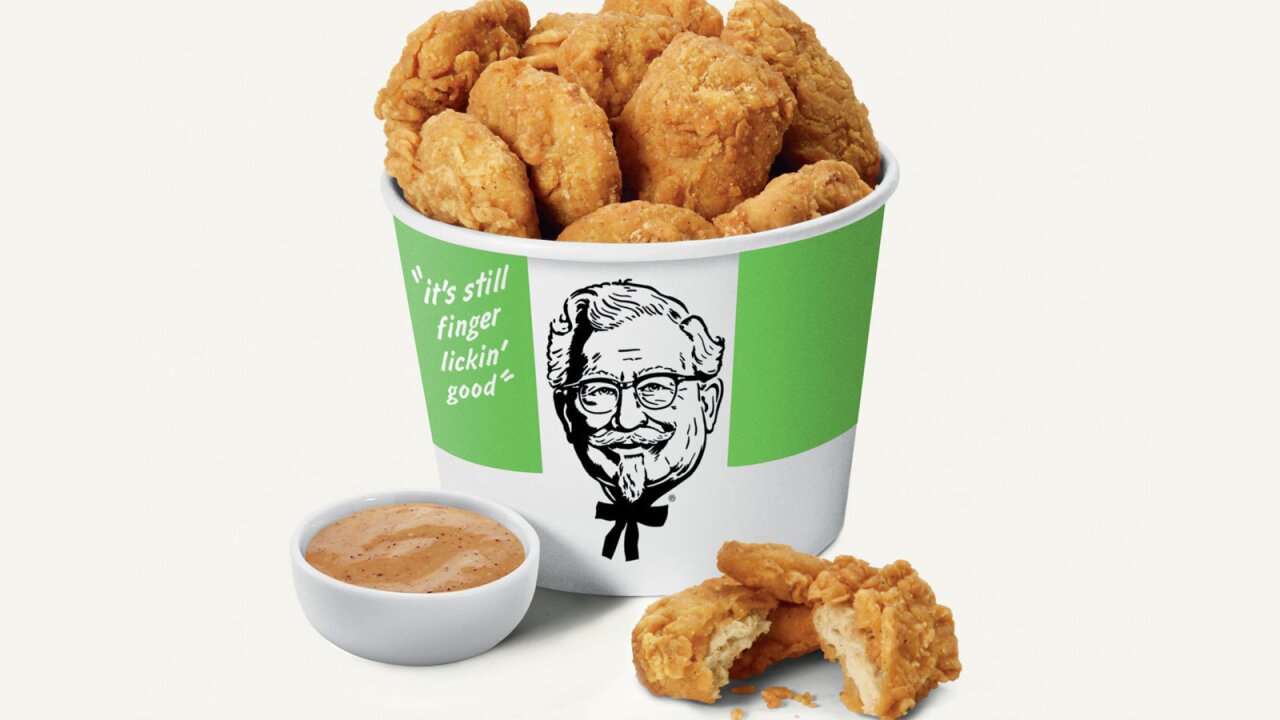 Kentucky fried plant-based chicken is coming to a KFC in Atlanta this week.

In a test of Beyond Meat’s latest fake meat creation, KFC will offer “Beyond Fried Chicken” at a single restaurant in Smyrna, Georgia, near Atlanta’s SunTrust Park.

Beyond Meat has added chicken to its lineup of plant-based products, which include burger, ground beef and sausage alternatives, among other meat substitutes. KFC will become the first nationwide fast food restaurant to test Beyond Meat’s plant-based chicken.

Plant-based meat alternatives have grown popular in supermarkets and restaurants across the world, as people search for environmentally friendly and healthier foods to eat. Although the health benefits of plant-based meat continue to be debated, meat consumption — particularly red meat — increases people’s mortality rates, according to a study published in the medical journal BMJ last month.

Beyond Meat’s stock has surged since its May initial public offering, rising to $150 from its $25 IPO price. At one point, Beyond was trading about 10 times higher than its IPO price. The stock has cooled off since then, but investor enthusiasm remains as sales soar. Rival Impossible is rumored to be planning an IPO as well.

KFC, owned by Yum Brands, joins a growing list of fast-food and quick-serve restaurants that are adding meat substitutes to their menus. Customers are demanding them, and companies so far have been happy to oblige, and pleased with the results.

Although KFC said the Beyond Meat test will remain limited to one store for a short time, other restaurants that have tested plant-based meat alternative products have ultimately expanded their availability. Burger King recently made its plant-based Impossible Whoppers available across the United States. They started as a small test in St. Louis. Similarly, Yum Brands’ Tim Hortons started offering Beyond Meat breakfast sandwiches as a small test and expanded them across Canada. Dunkin’ is testing Beyond Meat sausage and egg sandwiches in New York, and announced in July that it plans t\o bring plant-based sandwiches to every American store in the near future.

KFC will offer Beyond Fried Chicken in two forms: nuggets or boneless wings, each available in six or 12-piece combo meals. The wings cost $1 each ($6 for a half-dozen and $12 for a dozen), and the nuggets are $6.49 for six and $8.49 for 12. Customers can buy four plant-based chicken nuggets a la carte for $1.99.

In its advertising, KFC says the alternative chicken is “still finger lickin’ good.”