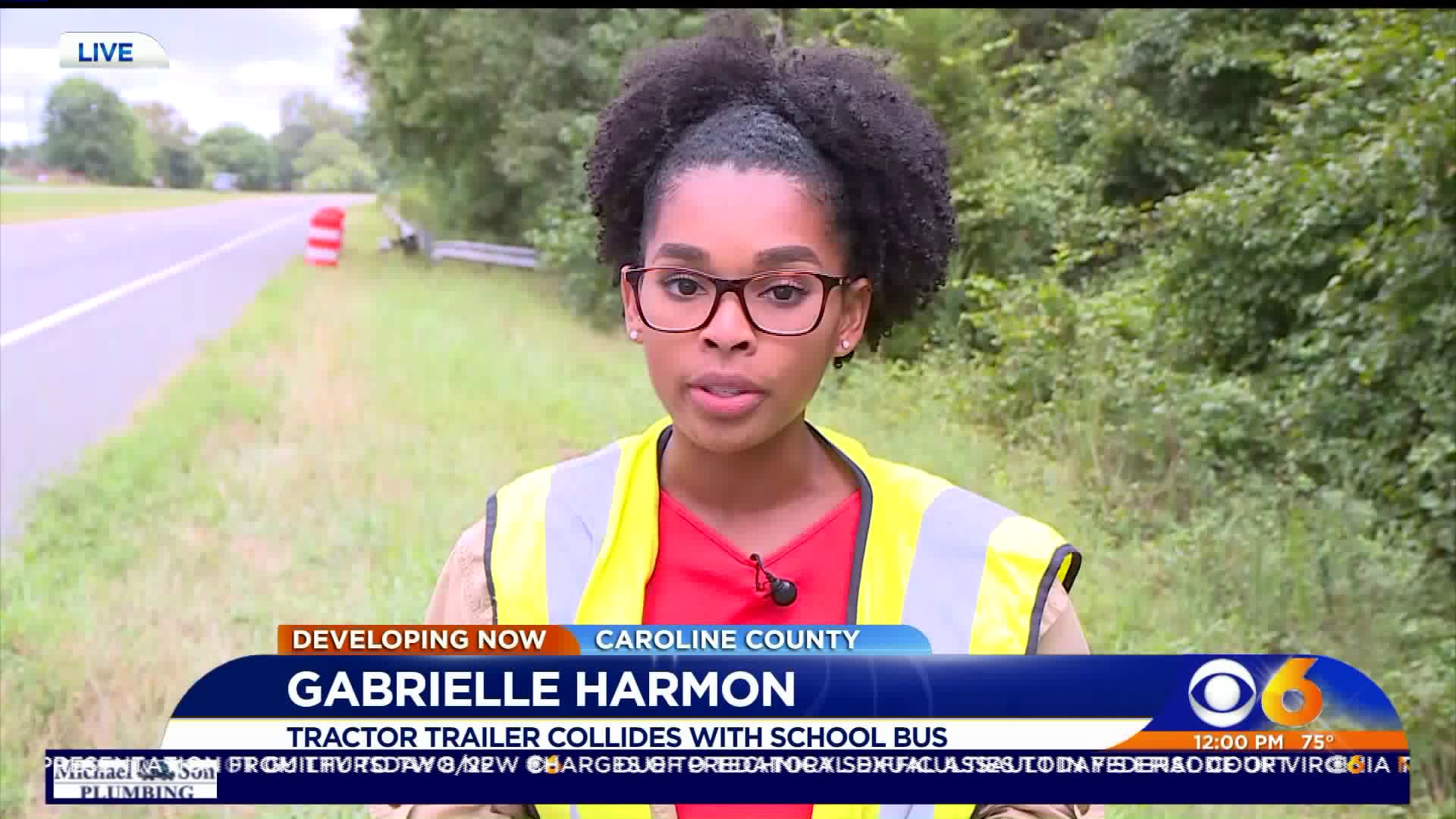 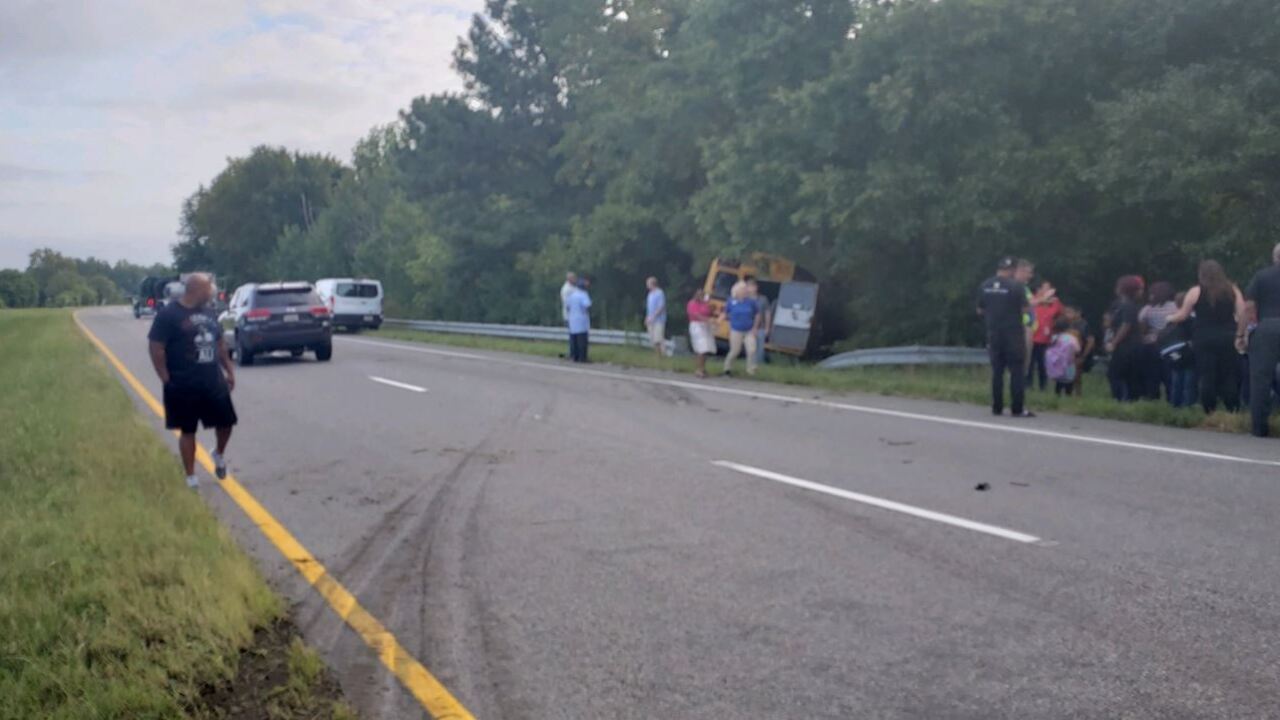 CAROLINE COUNTY, Va. -- Two students were taken to the hospital for observation after a tractor-trailer truck struck a Caroline County school bus on Route 207 Monday morning. The truck driver, identified as 41-year-old Anderson Williams, of Baltimore, was charged with reckless driving after investigators said he swerved in an attempt to avoid the vehicles behind the stopped bus, according to the Caroline County Sheriff's Office.

"It appears that traffic was stopped behind the school bus which was picking up a student. The tractor trailer driver stated he saw the stopped traffic so he
swerved to the left lane then drove off the roadway into the median in order to avoid striking the stopped vehicles in the rear," a Caroline County Sheriff's spokesperson said. "As this was occurring, the school bus was pulling away from the bus stop. The tractor trailer driver lost control swerved back onto the roadway striking the school bus as it was slowly moving forward forcing the bus off the road and over the guardrail."