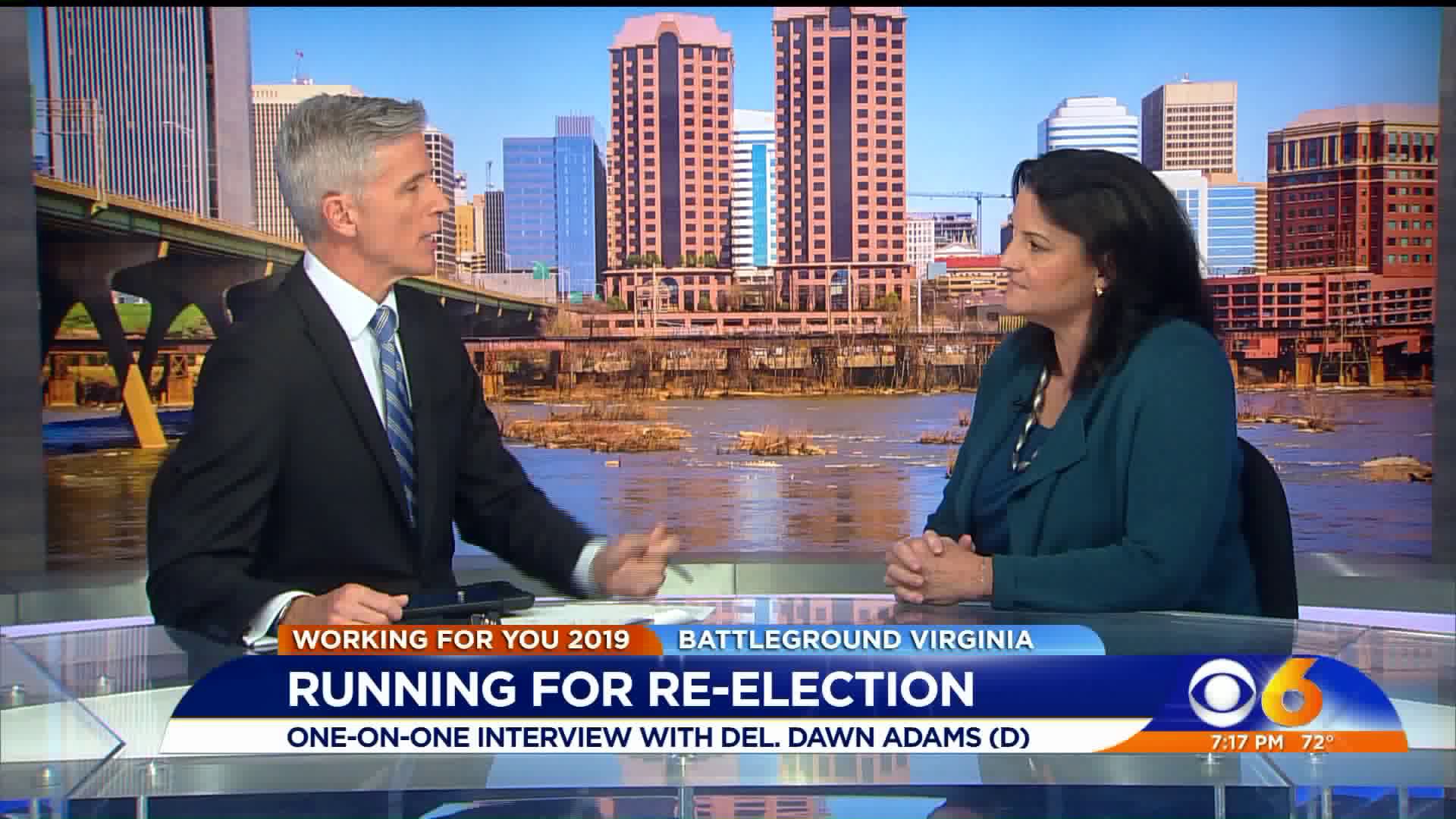 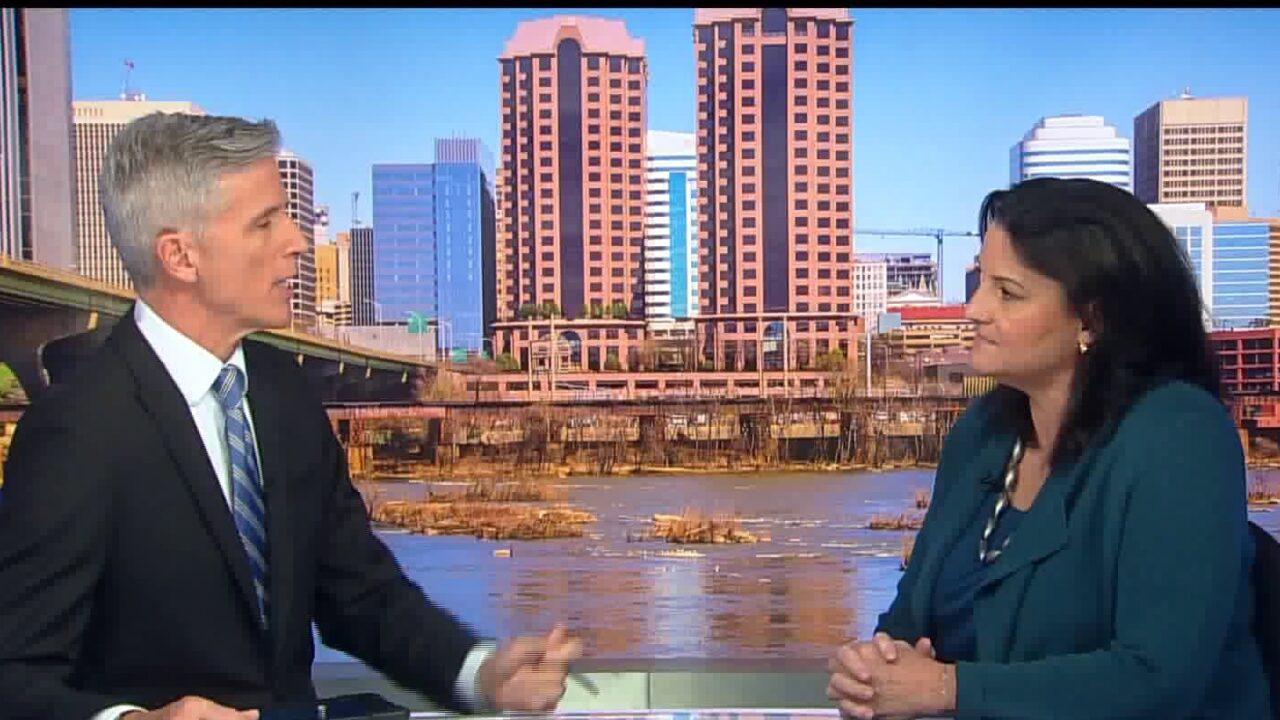 Virginia will be a battleground with every seat in the Virginia General Assembly up for grabs.

We’ve invited the candidates from the senate and house districts that represent the Richmond Metro to come on CBS-6 News at 7 p.m. to talk about their campaigns.

Del. Dawn Adams, a Democrat running for reelection in House District 68, which includes much of Richmond's Near West End as well as a part of Henrico, Bon Air and northern Chesterfield, stopped by the studio Monday.

She spoke about the need for comprehensive healthcare expansion, and to get the bills dealing with gun violence that were tabled in the shortened Special Session, back on track.