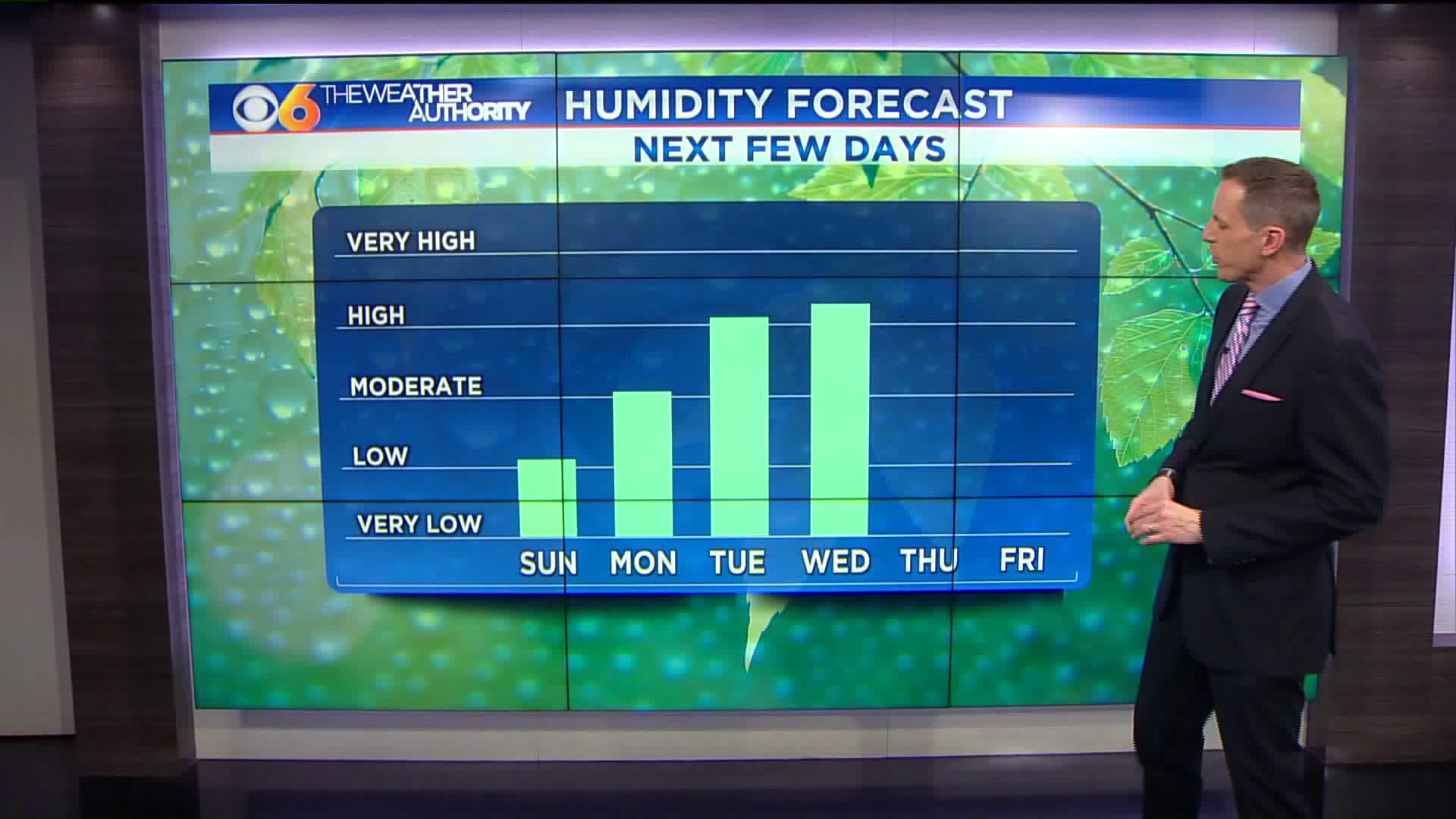 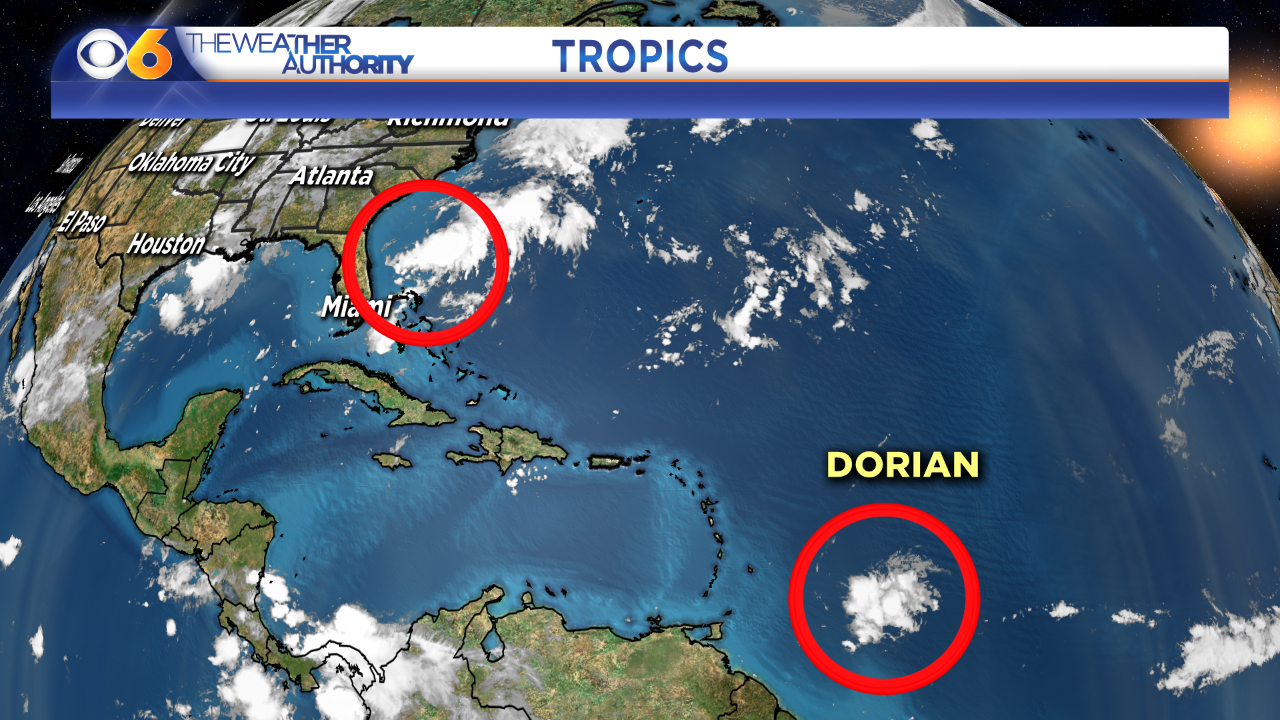 The system is about 500 miles east of the Lesser Antilles and is tracking westward.

Conditions are favorable for further development, and Dorian may become the second hurricane of the Atlantic season.

It should encounter greater wind shear as it nears Haiti, the Dominican Republic and Puerto Rico later this week, and this may weaken it back to tropical storm status.

The majority of computer models take the system towards Florida towards next weekend, so it definitely bears watching.  More details are available in the CBS 6 Hurricane Tracker.

Speaking of Florida, an area of low pressure located east of the state may develop into a tropical depression as it moves over warmer ocean water.  If it develops into a tropical storm, it will be named Erin.

The path of this system will keep it a decent distance away from the Mid-Atlantic coast.  It will still cause rough surf at the Outer Banks and Virginia Beach, but local impacts will be just added moisture to our area Monday into Tuesday.  This combined with a northeasterly wind flow will cause extra cloudiness and the chance for some showers.

Parts of New England or eastern Canada may be affected by the storm at the end of the week.