Infant killed after being ejected in Eastern Shore rollover crash 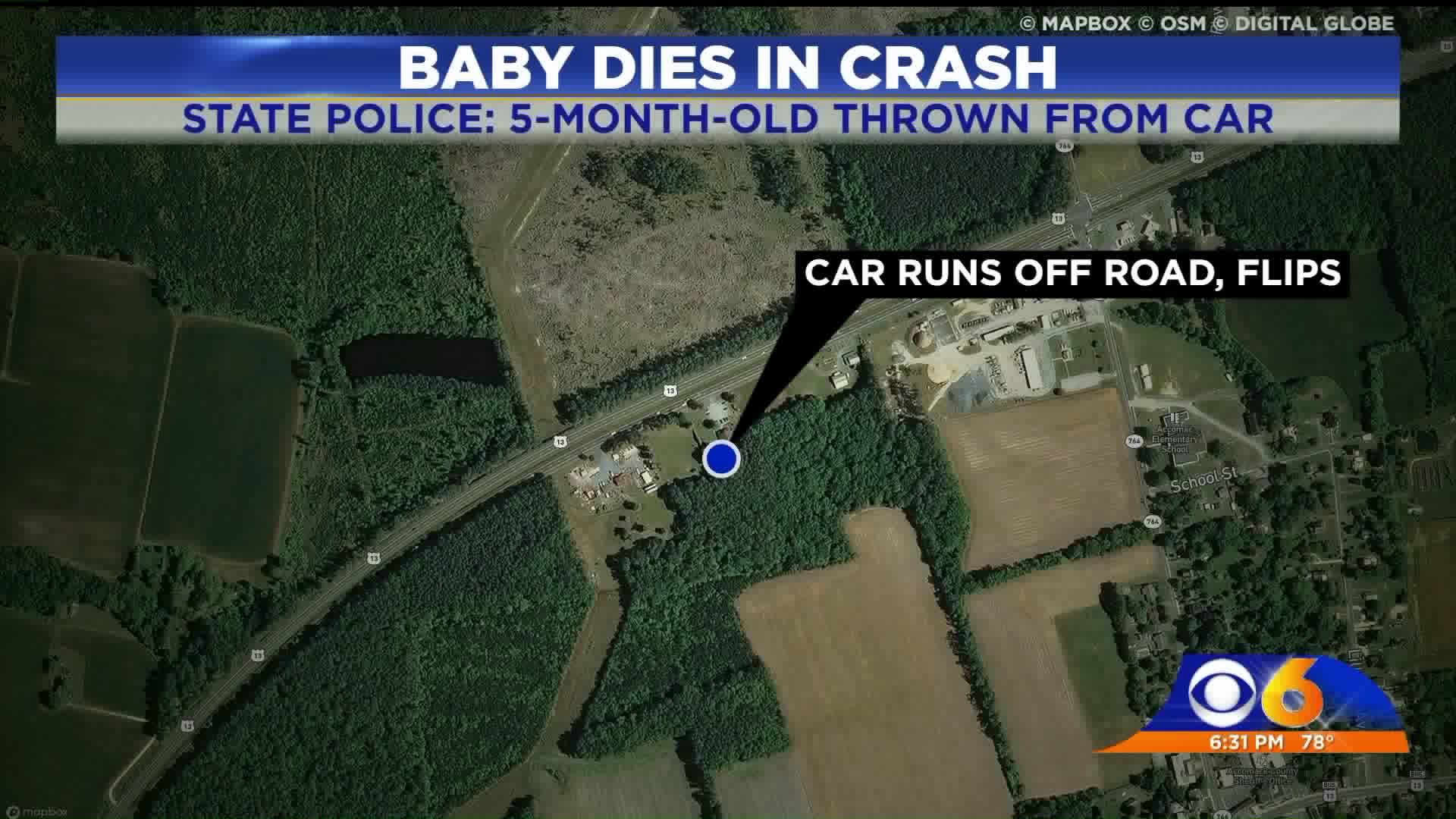 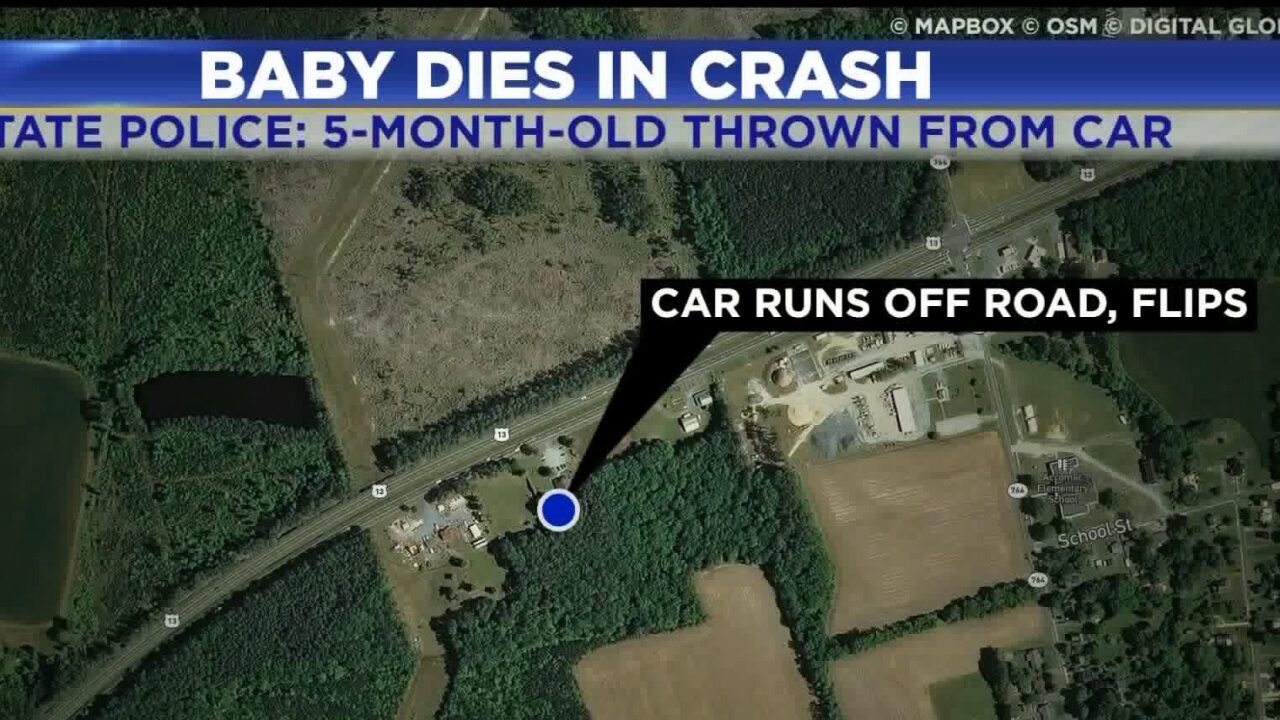 ACCOMACK COUNTY, Va. -- A 5-month-old boy was killed after he was ejected during a rollover crash on the Eastern Shore Sunday morning.

Officials said the driver of an SUV ran off the road, overcorrected before running off the road again and hitting a culvert in a ditch.

Troopers said the SUV then overturned, ejecting the 5-month-old boy, who was not in a child safety seat.

The infant was medflighted o Children’s Hospital of the Kings Daughters in Norfolk where he died of his injuries.

Additionally, the driver and three other passengers were transported to Riverside Shore Memorial with injuries that were not life-threatening, officials said.

Investigators said that neither speed nor alcohol were factors in the crash.

At last check, no charges had been filed in the crash.