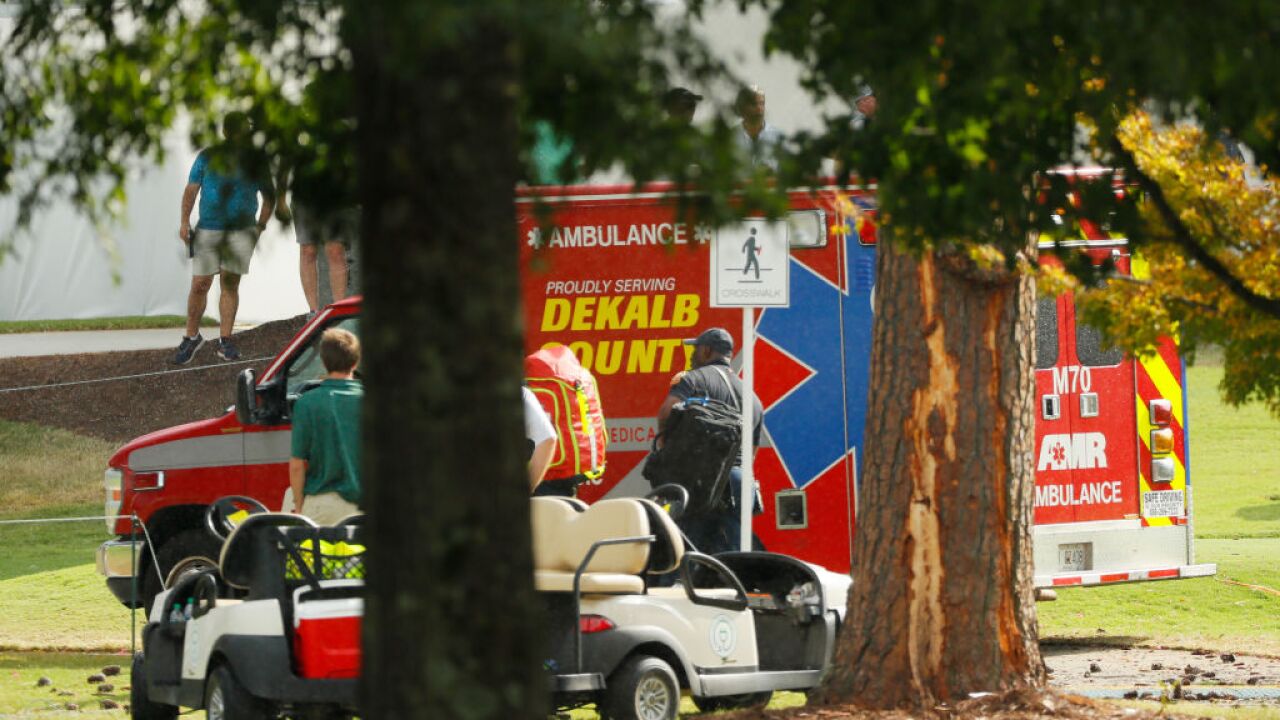 ATLANTA, GEORGIA – AUGUST 24: Emergency services provide assistance next to a tree damaged by a lightning strike during a suspension in play of the third round of the TOUR Championship at East Lake Golf Club on August 24, 2019 in Atlanta, Georgia. (Photo by Kevin C. Cox/Getty Images)

ATLANTA — At least six people were injured after lightning struck a tree at the PGA Tour Championship golf tournament in Atlanta, police said on Saturday.

Five men and a girl who had sought shelter under the tree during a storm at East Lake Golf Club were injured, Atlanta Police Department spokesman James White said.

Five were taken to hospitals and were released on Saturday night, PGA Tour said in a statement on Sunday. A sixth person was treated at the scene.

“We are deeply grateful that the injuries were not more serious, and we’re proud of the collective efforts of the on-site team to quickly care for our fans during this frightening incident,” the organization said.

PGA Tour added that officials who were brought in to assess the tree struck by lightning determined that it was safe.

On Saturday, the organization said in a statement that those injured had been struck by debris and some of them were fans attending the tournament.

The third round of the PGA Tour Championship was underway at the East Lake Golf Club on Saturday when organizers suspended play due to inclement weather, the PGA said.

“The safety of our fans, players and partners is of the utmost importance,” the statement said.

Justin Thomas leads Rory McIlroy and Brooks Koepka in the season-ending tournament. Competition will resume Sunday morning, with the final round scheduled to begin approximately at noon.

Russell said organizers encouraged everybody to leave the course and take shelter. He also said the PGA had put a message on the scoreboards warning spectators that severe weather was approaching.

“You’ve got a lot of people, and you have to do that quickly and sometimes people don’t take shelter,” he said.

When asked whether a half-hour was enough time to safely evacuate the golf course, Russell said he couldn’t really answer the question but said they had done everything they could.

“I wish I could say yes or no. I mean, we wanted to get the spectators, the players, the volunteers, everybody off here as soon as we possibly could, and the moment we saw we had danger, we suspended play. We had on the scoreboards that there was coming weather, and we got the players off, we got the volunteers off,” he said.

The PGA Tour Championship has been held at the East Lake Golf Club since 2004. The winner will take home $15 million with prize money available for all participants. 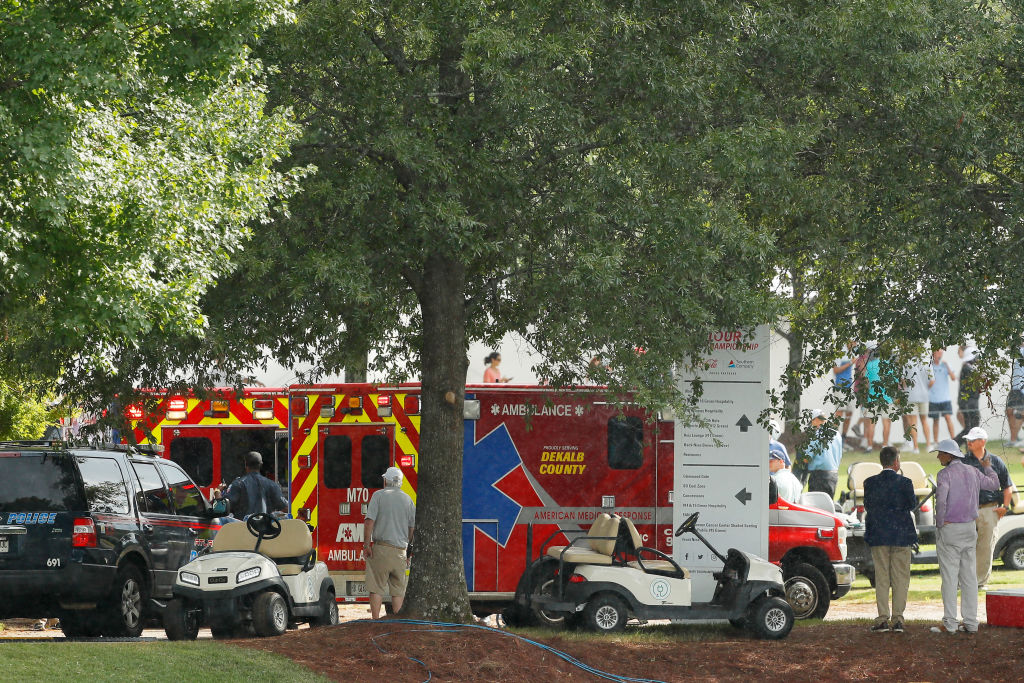