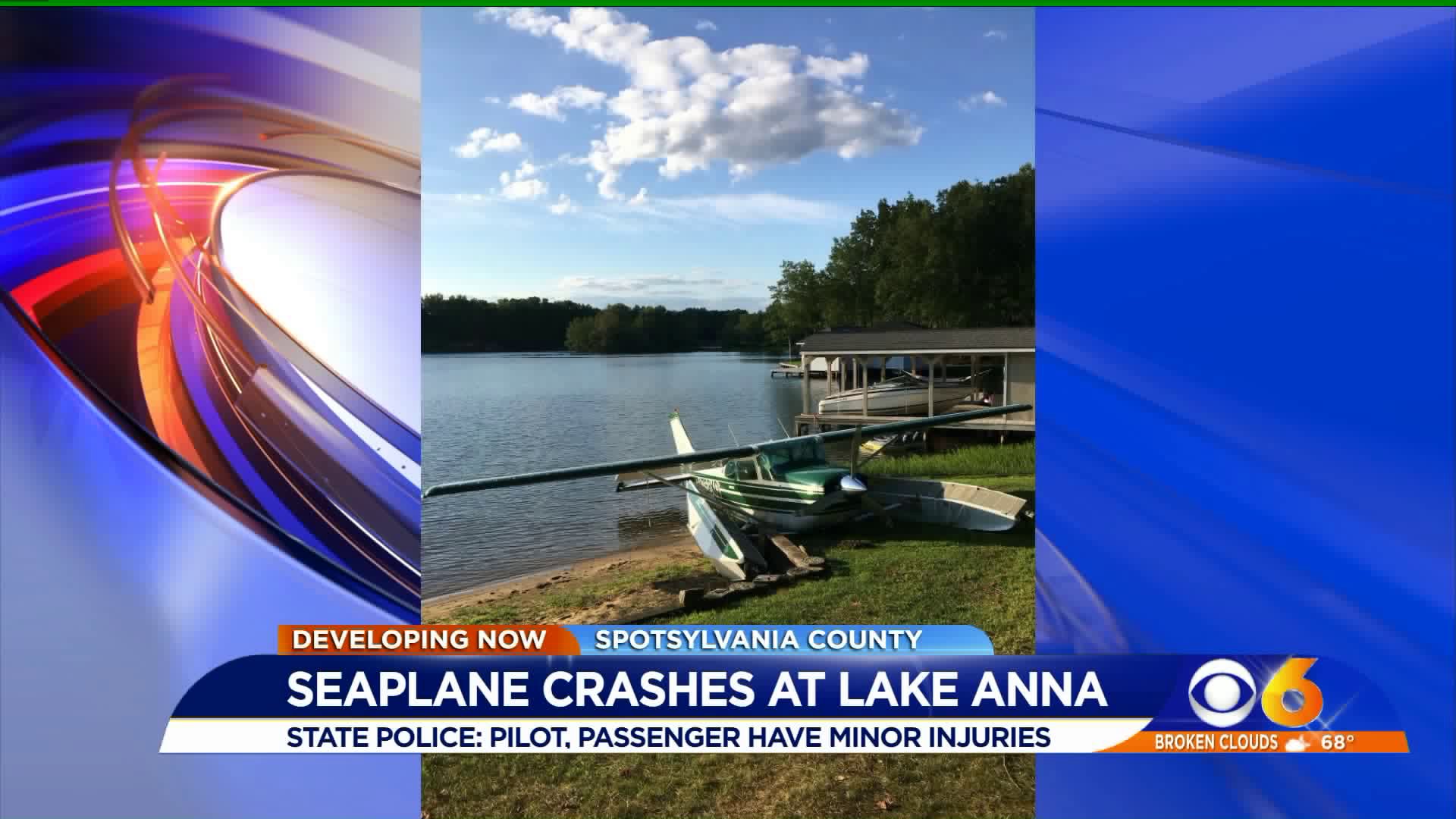 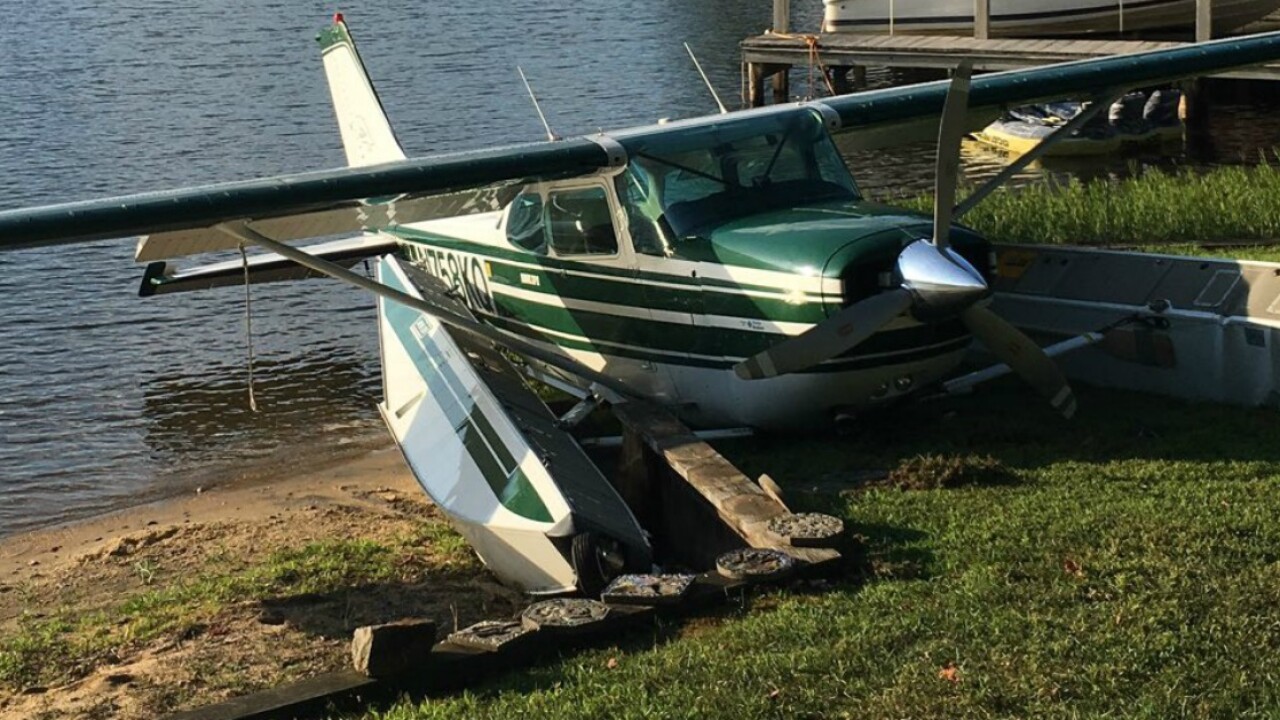 Troopers were dispatched to a report of a plane crash at 3318 Fisherman’s Way just before 4:30 p.m.

"The preliminary investigation revealed that a Single Engine Cessna Seaplane attempted to land on the water when the plane contacted the water the floats caused the plane to go back up in the air," Sgt. Brent Coffey with Virginia State Police said. "As the plane came back on the water it collided with an embankment on the shoreline."

Coffey said no one on the ground was injured.

The FAA and NTSB were notified of the crash.